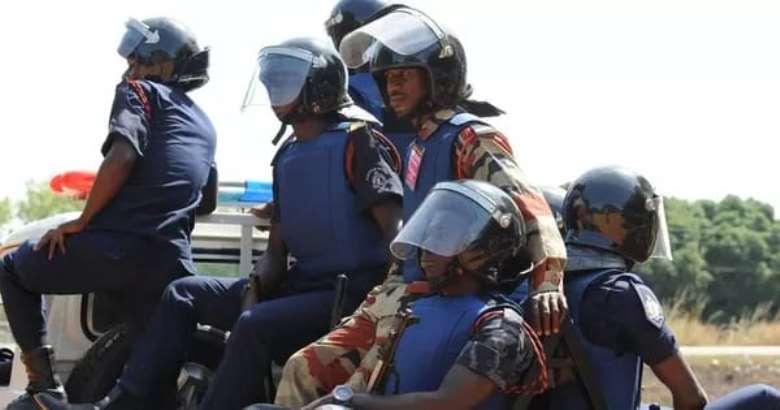 Many have the opinion that those who aren't smart enough to land good jobs end up in the police service. But that is erroneous perception. After all, it is by the smartness, the so-called intelligence work or gathering that brings criminals to book

For me, police service is national treasure, charged to enforce rule of law. After all, police work is complex one. For instance, police service is the pivot of any democracy, another importance of police force, is to ensure we the civilians are safe from criminal activities

On this score, my admiration of work of police grows, oversight responsibility of the police force to guarantee we earn, and of course, keep our earn

I have written fervently and severally, from my little corner, to make a case for police to take step further, constitutionally speaking, on national body politics to enhance democracy in Ghana

It is in the quandary of emotional complexity or perplexity that the phrase a stitch in time saves nine or simply, what is good for the goose is equally good for the gander, and many others meant to console or assert a position when one is in dilemma

We know that criminals operate from the shadow, that is why in Ghana, armed robbers always ply their trade in the middle of the night. They hate the daylight when they are caught and paraded

I have already petitioned the offices of Attorney General, the police IG, CID boss and BNI headquarters. But it appears they care very little

My dad had a lot of properties at Kasoa, Achimota M7, at my dad's hometown Akame and partly at Mamobi Accra

I had to drop out of school and continued later, the frustration on my brother was so high that he became addicted to drug use. This was a good Christian before. His colleagues at three-towns SHS at Denu will attest to who Sylvester Mensah (we have two surnames, Agobodzo or Mensah) was

His frustration came on the heels that we had no means to fend our educational responsibilities because my dad's properties were successfully stolen by those families members partly because, one, we were kids then, two, we couldn't share the properties among ourselves according to traditions. They had to share them for us and they took advantage of it

Despite my plea to Charaj, Police headquarters, and finally to Legal Aid. It was Akufo-Addo and Prempeh & Co that was selected to help me out. It was Yonny Kulendi the case was assigned to, Akoto Ampaw served as replacement when Yonny was on vacation

Nothing came out of it because the cash flow was minimal despite being paid by Legal Aid department. My brother later died while going to Aflao from Akame on foot. The complaint of suspicious death of my brother apparently knocked down by a moving vehicle was logged at police subdivisional station at Denu

I am of firm suspicion that Torgbui Agobodzo might have organized his death. Probably, my late brother might have demanded a portion of our family land at Akame and other of personal properties of my late father, hence angering him

Yet, the Denu police service simply ruled it [sic] accident. Now, the question is why haven't I collected or attempted to collect, at least, those at Akame from Torgbui Agobodzo now that am capable? And the answer remains mirage.......