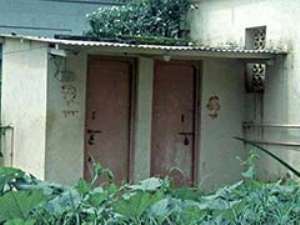 When Ghanaians ponder the state and future of their country, for most it’s a binary, nativist discussion about two major political parties and how they have underperformed, along with counter accusations about theft of state funds and assets. These may be latter day contributors to our failure to meet our obligations towards our citizens but the more fundamental issues are historical and cultural. Our politics occurs within a historical and cultural framework that has continued to exact a great cost to us over time.

Our formal economic activities are dominated by a public sector which was designed to serve an external reality which could not be questioned. It only begun to serve us reluctantly at the time of political independence. The knowledge base to serve in this system was again pre-determined, which we learnt by rote. To succeed in the system, the less analytical and more conformist you were, the more successful you became. Only clerical and sometimes technical skills were required of us. Our Paramount Chiefs and other traditional leaders were paid salaries and essentially looked outward for their own sustenance instead of stimulating sustainable economic activities and offering moral and other leadership in their communities. They have become caricatures of a bygone era.

With this reality, what attitudes are nurtured? Certainly, not a questioning or curious attitude. Innovative, divergent or lateral thinking that begets solutions to problems has never been valued, for it did not translate into advancement. In actual fact, in our schools, most youth with original ideas are branded troublemakers.

If you had other skills, could build or create original things, you were thought of as a lesser being, yet, we literally need to build a nation.

So against this background, let me tell you about “Can do”. He was so called because of his positive attitude to work. A rarity in modern day Ghana. He could not have been 40 years old. One day I called a mutual friend and noticed Can do’s picture as his profile photo. I inquired what had happened and he told me “Can do” had died suddenly after clutching his chest in pain. He obviously suffered a heart attack. His friend had all sorts of theories to explain Can do’s passing. I asked the living friend when he last had a full physical examination. No answer! When is the last time he had his blood pressure checked? He feebly proffered “where does one get that done? This is an educated person. Most likely, his friend died from a heart attack complicating undiagnosed hypertension and he could follow the same path. Where is the shock in all this? It’s in the ignorance of basic health literacy not in some farfetched “spiritual” cause. His death I’m sure will be captioned “What a shock”. These tend to announce the deaths of young or middle-aged adults. Most of these individuals have died acutely from preventable conditions such as strokes or heart attacks from untreated hypertension or negative outcomes from untreated diabetes. Instead of following appropriate medical regimens, many pursue unproven anecdotal herbal remedies with equally nebulous spiritual interventions. We never stop to consider how it is that in nations where health literacy is taken seriously, health outcomes are much better.

In the same vein, a few deaths occurred in a few boarding schools and the media continued to disseminate ideas of spiritual causation instead of responsibly alerting the public in conjunction with public health officials that an epidemic of some sort could be on the horizon. Does anyone in Ghana know who Louis Pasteur was? This is what happens when a people no longer reason critically to solve problems. There has always been a meningitis season in West Africa. The real issue is whether we are diligently following WHO protocols for vaccinations against commonly occurring seasonal health threats in our society, such as meningitis and influenza. Not one journalistic piece was seen on this simple but critical question. We have become an anti-intellectual and anti-knowledge society. This began when General Acheampong’s goons started belittling knowledge based reasoning derisively as “book long” and this was perpetuated during Rawlings’ period at the helm with more than a tincture of unregulated violence.

Now to a related and even more pervasive health matter with serious consequences. This is the matter of sanitation. A very encompassing and holistic approach is required here, not the publicity focused sanitation days started by the last government.

We must know how many toilets we need per 1000 people to prevent our citizens from the daily loss of dignity they face and have faced for the last 40 years or so. We must have community by-laws that ensure that public facilities are made available at petrol stations, restaurants and other commercial plazas for public use. They must be inspected and maintained rigorously. Also, at about every 20 miles along highways, public facilities must be constructed and maintained, if no petrol stations or other facilities are present. There should be a national standard and they must be built by contractors from the district or the region. There is an opportunity for job creation in solving our sanitation problems. Additionally, these become locations for the dissemination of important public health messages. Well trained sanitation/health officers will inspect facilities in schools, markets, at petrol stations, at public beaches etc. and stiff fines must be levied against transgressors but this can happen only after proper, dignified, well maintained facilities are provided. Open defecation will only end when the dignity of Ghanaians is restored by the provision of decent facilities for life’s basic functions.

Traditionally, Ghanaians sweep their compounds at dawn. Again, government fails them. There is no supply chain for household waste. There are unsightly and epidemic nurturing heaps of waste near most villages and towns. The first rule of waste management is separation of waste at the source. Ghanaians are not educated about this. Organic waste, plastics, glass and paper have to be separated at the source. All local authorities must implement this. Then the waste is not taken to an amorphous heap but to locations in the community (designated concrete or wood structures). Again, job creation opportunities and possibilities for innovative solutions exist. How about a national competition to design these structures? This way, plastics don’t clog up the waterways, organic waste can be used as a source of energy and plastics and glass can be recycled, re-used or exported.

This is not that complicated. If there is enough political will to halt the de-dignification of Ghanaians, we shall reduce our health costs, have an infrastructure to decently support tourism, improve health education, create jobs, create a sanitation and recycling industry and add sources of energy that we are surely going to need.

We waste too much time talking and have a very poor record of efficient implementation of made plans, again, because of cultural and historical impediments to the growth and nurturing of Ghanaian ideas to solve Ghanaian problems. The cultural caveat of not offending or causing disagreements with new ideas is alive and thriving. We also have a nebulous relationship with the law. The Ghanaian never asks, if what they are doing is lawful or not, because we do not teach civics and ethics seriously in schools and in our communities. Instead of enforcing rules, we provide excuses to get people off. Victims suffer for this. The rush to beg on behalf of the offender is our go-to position. The cost of the offense to victims and the need for a remedy often escapes us. Excuses do not absolve people of crimes they have committed. Consequences must occur and they must be real. Daily extortion has become central in our culture. This is from the policeman on the beat and beyond. If you purchase petrol or food etc. the seller feels they are entitled to your change and you are subtly challenged to dare ask for it. Again, the notion of earning money for a good job done has been extinguished.

Many of the new in vogue Mega-churches have also failed in a possible role in advancing education, promoting law-abiding conduct and improving health literacy. Instead, they engage in noise pollution, extortion and glorification of thieves along with useless prophecies, while the society crumbles around them, all in the name of spiritual advancement. Faith is useless unless it acts to improve life. As for prayer, it is now for material possessions, promotion at work, finding rich spouses etc. I thought prayer was for courage, faith, determination, hope and the fortitude to do God’s work. Nobody works now. People are schooled by their pastors to believe that they can reap where they have not sown. Everybody is waiting for blessings, a breakthrough and a miracle. How did we get here?

Oh, wasted time. Ghanaians do not appreciate that time is a finite resource and that wasted time is wasted opportunity and wasted money. You walk into any business establishment and you get the classic “if you like, you can wait”. How long? “For some few minutes” Or worse still, you enter a public establishment to follow up on your paperwork and are told the person responsible has gone on leave or is at a funeral and has the keys to the file cabinet. In his or her absence, public service ceases. Meanwhile government vehicles fueled by your taxes are riding around on weekends all over the country on private/funeral business. Between corruption which costs us an estimated $5bn a year and wasted time which costs us at least the same, if not more in lost productivity and resources, who needs oil, gold or cocoa to develop this country?

Ghanaians have been failed by an increasingly greedy and uncaring political class along with a now politicized and increasingly unprofessional public sector, who revel in their positions instead of exhibiting the humility that should come with public service. They have delivered precious nothing to the citizens of the country for decades. They have inflicted an almost irrevocable violence of a stolen future on millions of youth. They have failed to transform education, strengthen public institutions, nurture ethical values and provide dignity for our citizens at a most fundamental level. The rise of nepotism in government and the size of this government do not augur well for addressing these problems because the culture of governing essentially remains unchanged. This is not how a meritocracy is created.

To this day there is a debate about whether public officials should transparently declare their assets. We are not really ready to join the ranks of nations that run on accountability at all levels. We need leadership that is unafraid of confronting our cultural impediments to progress or we will remain forever in Nkrumah’s prophetic “Dark days in Ghana”.

T. P. Manus Ulzen is Professor of Psychiatry and Behavioral Medicine at the University of Alabama and Author of Java Hill: An African Journey – A historiography of Ghana