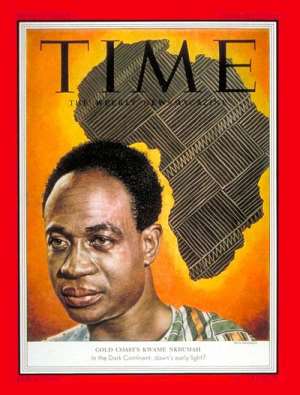 It’s that time of September again and many of us must brace ourselves for the rocky ride through Ghana’s big lie. Ever since Nana Akufo-Addo was elected as president, our history as a modern nation has become as twisted as Donald Trump’s big lie, that he won the last US election. In spite of the communal theory of the founding of Ghana shared between tens of people, Kwame Nkrumah remains our single national icon. Not perfect by any means but no national icon anywhere is.

Truly, many people long before him, envisioned and fought for freedom of the Gold Coast colony but it was through his valiant political efforts that the Gold Coast Colony, Ashanti the Northern Territories and Trans-Volta-Togland were woven together as a model nation that propelled the wind of change that swept through Africa through the 50s and 60s and eventually culminated in the release of Nelson Mandela and the total liberation of the African continent. This was how the dreams of Louveture, Marcus Garvey, C.L.R. James and many others were brought to life.

There is hardly a country in Africa where there is no street, school, hall of residence, university, a training college or other edifice named after Kwame Nkrumah, who according to the Nana Akufo Addo and the NPP government, is not the founder of Ghana. They must know something that all of Africa has missed and that the BBC also missed in naming him as the African of the Millennium after his passing.

In all seriousness, the real question is how relevant is Nkrumaism in contemporary Ghana? Kwame Nkrumah’s leadership of the Gold Coast from 1951 as Prime Minister (or called Leader of Government Business because he was an African) and as President of Ghana from 1960 till his overthrow by paid Ghanaian hacks of the CIA in 1966, formed the very basis of our adherence to constitutional rule which has persisted to this day.

It is through the Avoidance of Discrimination Act in 1957 that he forced the ethnocentric parties in opposition to unite into a national party that became known as the United Party. Paradoxical isn’t it? Without his fidelity to our national character, true democracy would never have taken root in Ghana.

Though a scientific socialist and nationalist, he always welcomed foreign investment which did not undermine the very fabric of our economy. Today, the basic principle of nationalization in the service of the country has been thrown to the dogs. We have allowed foreigners to dig up our forests, steal our trees, destroy our rivers and generally treat us like tenants in our own land. Those responsible for this decline in national character and pride, have the gall to suggest that he who brought us into being as a nation and protected our sovereignty for as long as he did, is not the founder of this beautiful country.

Today, the two major political parties struggle fecklessly to re-create planned development programs that formed the foundation Ghana’s economy under Nkrumah. There is total chaos in the administration of the economy. The largest army we have, is that of the unemployed young people in this country. It appears that there is either no political will or no ability to rescue them from peril and us with them. This is a dangerous national tragedy.

It is often external entities who create false narratives about smaller countries to control the minds of their people. This time, the misinformation is from the seat of our very government. Nkrumah’s selflessness as a leader is yet to be matched by anyone who has come after him. He famously said: “It is clear that we must find African solutions to our problems, and that this can only be found in African unity. Divided we are weak; united, Africa could become one of the greatest forces for good in the world”.

Today the nation faces a plethora of issues and challenges that can only be solved by the emergence of the youth in a new force of political unity to capture the conscience of the nation, to continue to recreate the dreams of political and economic freedom he formulated for the continent. No mission is greater and more prescient than the urgent need for a committed progressive Nkrumaist strategy to liberate the nation from the current NDC/NPP duo-kleptocracy on the road to everlasting freedom from the clutches of our neo-colonial reality.

Food for thought on this Founder’s Day. Civitatis Ghanensis Conditor; Founder of the Nation of Ghana - Kwame Nkrumah.