Covid-19: Ghana is back to square 1 and worse 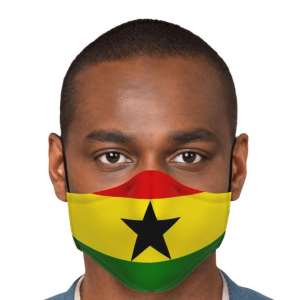 When the pandemic began, we were toasted among the top 10 performers worldwide, in keeping COVID-19 at bay for our citizens. We were mentioned in the same breath as New Zealand. Numerous measures were instituted, and the Ghanaian psyche was in a place of unity with respect to the need to act in concert to protect ourselves as a people.

As our performance in the public health arena was being lauded worldwide, our four-year ritual to reaffirm our democracy, through elections was rapidly approaching. My sense of anxiety began to rise as the political season bloomed across the land. There were large campaign events with literally hundreds of thousands of people without masks. Neither major political party engaged their throngs of followers around this issue during the campaign, so here we are, paying the price with our lives. More recently, we have seen large events like the fancy dress competition in Takoradi over the Christmas Holidays with no regard to the reality of Covid-19. Super-spreader events have been on the rise since the political campaigns began and have been perpetuated by this gross failure of leadership by the government on this issue, in recent months.

Then came voting itself, which was reasonably well policed with respect to the 3W ‘s of washing of hands, watching your distance and wearing of masks. By this time of course, for political expediency several restrictions had already been lifted. Night clubs are open, numbers of individuals allowed for church services have been increased, numbers allowed for funerals have been increased, all without any enforcement whatsoever.

And then came the mathematical conundrum of the election itself and the large demonstrations of dissatisfied voters along with large gatherings of those with something to celebrate. All of this has been a public health nightmare.

We are now at a place where numbers of active cases that are published have receded into the background because we all know people who have tested positive, others who have been mildly or seriously sick or those that have died. Numbers have become people and people have become faces of those used to smile and say hello.

There is only one thing to do and that is to enforce a strict mask mandate in the public space. That is, anyone outside of their residence without a mask on, is a threat to the rest of the community. There must be clear accountability for enforcing this mask mandate, be it at the local level, regional level or nationally. There must be serious penalties for flouting this simple requirement of public safety. Are the police disciplined and professional enough and up to this task or should we deputize community health workers to do this? Maybe the medical corps of the armed forces. Some identifiable and accountable entity of state must enforce this necessary change in our daily lives.

The government itself should invest directly in masking everyone, everywhere. This would strengthen its hand in enforcing this requirement. If this is not done, we will, like other countries, return to lockdowns. Clear benchmarks like local positivity rates and hospital capacity indices should guide this decision, not political expediency.

The acute care centers are already being overwhelmed. This is what we sought to prevent by the early interventions, but the reality of politics and politicking have brought us to this dark place. We are reaping what we have sowed.To make matters worse, government officials are pushing an unfortunate narrative that blames international travelers who are doubly screened on entry. This problem is one of community spread. Any casual observer can see that in most places, masking is less than 10%. We require at least 80% compliance to be a safe country. "Covidiots" have become "Covi-murderers". These are people whose indifference to masking is killing fellow citizens.

There is no other reality. We either act or we endanger ourselves. It is still early enough to stop the spread by universal masking and tightening the standards for public gatherings again. This however must be implemented to the letter or we will see a tragedy greater than any war we have ever fought. The economy will survive if masked citizens are alive. The public health imperative is what will save the economy. Covid-19 will be with us for at least 24 months, even after a vaccine in available. Let’s get real and look beyond the woefully under-reported numbers officialdom is churning out.

Wash your hands, watch your distance and wear a mask.

Save yourself, save your neighbors, save your community and save the nation.

He is Interim Chairman of the Progressive Alliance for Ghana (PAG) a social & economic justice movement.

12 organised crime suspects busted for carjacking, robbery a...
29 minutes ago