From L’impôt to the E-Levy: A 90-year-old Lesson in the history of taxation in Ghana 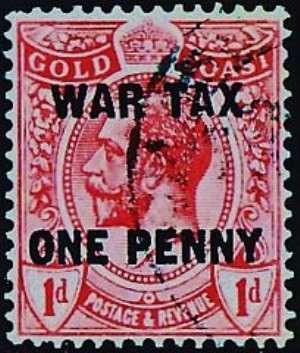 During the period of the Great Depression, the Gold Coast Colony of Great Britain, the precursor of our current Republic, felt the impact of the worldwide economic situation, which had depressed cocoa prices significantly. The colonial Governor at the time Ransford Slater was particularly preoccupied with the implementation of “indirect rule”, which had been successfully established in neighbouring Nigeria, by Lord Lugard. Through the introduction of new taxes by way of a Native Authority Revenue Ordinance, he hoped to collect local revenues for local needs through the chiefs.

At that time, African representation in government was through selected traditional rulers and a few elected prominent citizens, as members of the Legislative Council. The Aborigines Rights Protection Society (ARPS) had already signaled their opposition to this new tax because it established different classes of chiefs with different levels of access to resources, thus upsetting the sensitive balance of power vital to the well-being of the society at large. Chiefs who cooperated with the British were likely to be rewarded, compromised, and no longer serve their people without bias. With the possibility of a native treasury, being dangled before the senior paramount chiefs, came the idea of an urban tax to provide revenue for the colonial government during the hard economic times.

The public was wary of this tax because they were concerned that the funds would not be properly utilized by the Chiefs and also that the colonial government had no right to tax the natives of the colony.

Though Governor Slater had his work cut out for him, he proposed on August 16, 1931 that a year later, on August 16, 1932, he would introduce a tax of 6 pence on the pound for every male with an income of over £40. He believed that a year of careful propaganda would bring those opposed to the new revenue stream, around to the government’s position. This was sold to the Africans of the Gold Coast as bearing their share of the “common burden of civilization “. Only the “civilized” paid taxes. Opposition to this new tax, dubbed L’impôt (pronounced Lampoo) remained strong in the urban centers of Accra, Cape Coast and Sekondi.

Dr. Frederick Victor Nanka-Bruce, the newly elected legislative Council representative for Accra, a physician and the publisher of the Gold Coast Independent, cautioned that the new taxation proposed was untimely because the people were in an “irritated militant spirit” caused by the economic hardships brought on by the global depression. He did not see why the people should bear the burden of bailing out the government that in his opinion, had outstripped its own resources. He proposed that it would be better for the government to cut official salaries by 10% instead of resorting to fresh taxation. His colleague from Cape Coast, Arku Korsah had also earlier denounced direct taxation as being humiliating for the people. The question was, why would Gold Coasters sacrifice for a government that was alien and imposed upon them. Already, the salary of probationary African clerks had been reduced from £60 to £48 per annum.

The main supporters of the taxation measures were Nana Ofori Atta of Akim Abuakwa and to some extent, Nana Ayirebi Acquah III of Winneba because of the promise of a national stool treasury, to finance the activities of chiefs in development.

Through the free press of newspapers like the Times of West Africa, The Gold Coast Leader, The Gold Coast Spectator and The Gold Coast Independent, the voice of the people was heard to say that past administrations had been profligate, and other measures than new taxes were preferable. Also, that too much revenue had been diverted to pay European salaries and allowances. Also, insufficient consideration had been paid to the varying circumstances of potential taxpayers and that the proposal clearly violated the terms of the British Charter of settlement. It was believed that once direct taxation was imposed, overtime the burden would become more expensive and would be felt by a broader segment of the population in future.

It also surprised the colonial government that the European commercial community were also opposed to the tax. These were the representatives of UAC, UTC, SCOA and CFAO.

Opposition to this ordinance by October 27, 1931, had resulted in a riot in Sekondi, in which protesters carried banners like “Down, down, down with income tax bill“, “Income tax is akin to slavery “, “Away with government allowances” and “practice intensive pruning” The riots spread to Cape Coast, where the headquarters of the ARPS was located. It’s leader, W.E.G. Sekyi was branded by Governor Slater as “a notorious extremist”.

On November 9, 1931, at a closed meeting of the all-white Executive Council, the income tax bill was postponed. The colonial government still wanted to introduce “indirect rule” and support a stool treasury for the major paramount chiefs. Nana Ofori-Atta’s support for the idea of a native administration revenue bill led to two of the main wings of the Akim Abuakwa State, proclaiming non-allegiance to him. It appears that even in the rural areas, the idea of taxing the population to support stool treasuries was quite unpopular

The idea of indirect rule failed completely but income tax did become a reality on April 1, 1944, 13 years, after it was originally proposed.

So what are the lessons for our present-day E- Levi predicament? The “Umbrelephant” political culture of the NDC/NPP has brought with it an economic path for the people of Ghana, which has been characterized by excessive borrowing that has not served to improve the productive capacities of the nation. The economy is an import dependent neo-colonial one. This is one reason why the Cedi is in a freefall. To this extent, the current government has proposed a new tax in the form of a 1.75% tax on everyday mobile money transactions. Most critical observers, view it as a “Band-Aid” and not a solution to the structural issues in the economy. Clearly, unlike Ransford Slater’s colonial government, there was insufficient or almost no consultation with important stakeholders before this proposal was announced in a budget statement on the floor of Parliament. It would have helped, if the government had preceded this announcement with an introduction of cost cutting measures akin to Dr. Nanka- Bruce’s suggestion in 1931. An expenditure cut of 25% would be more in order to address today’s problems.

There have been no riots but a an utterly disgraceful melee broke out in parliament over this proposed tax, tarnishing the image of the institution for years to come.

Like the Gold Coast population, which resisted the L’impôt, their present day Ghanaian descendants also require the government of the day to live within its means, cut excessive salaries, cut huge allowances, trim the size of government, use modest and fuel efficient vehicles, eliminate unnecessary foreign travel, etc. In essence make governing less expensive and more efficient, in the service of the population. By so doing, the citizens are shown sensitivity and respect.

Gold Coasters like Dr. Nanka-Bruce, W.E.G.Sekyi, James Mercer, Nana Kobina Nketsia of Essikado, Sekondi, Awoonor Renner, R.B. Wuta-Ofei and others provided the answers to today’s problems in 1931. We must learn from our own history.

He is Interim Chairman – Progressive Alliance for Ghana (PAG), a movement for social and economic justice in Ghana.