Re: Hassan Ayariga Offered Me Bribe…But I Rejected It- Kwabenya Queen Mother 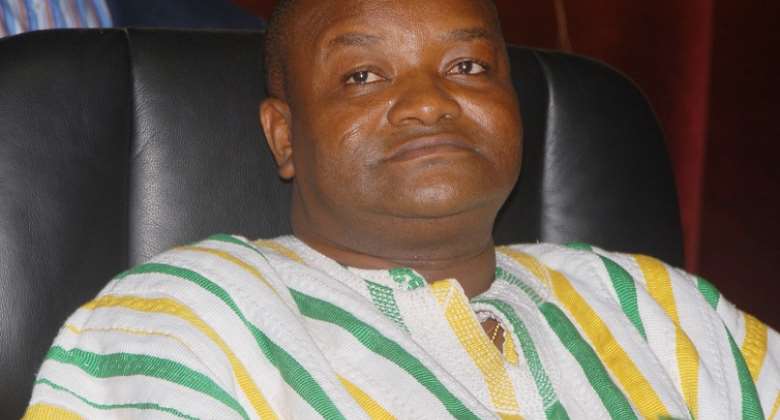 Our attention has been drawn to a publication on Friday 17th November, 2017 by the New Crusading Guide newspaper on the above subject and carried by peacefmonline.com. In the said report the deputy editor of the crusading guide newspaper, Ernest Addo, published a rather bizarre unverified story about Dr. Hassan Ayariga, the founder of the All People’s Congress (APC). In the story he threw all basic journalism ethics to the gutters and cooked vile allegations and attributed them to the queen mother of Kwabenya.

We view his story as that of the pig speaking the language of a cat. We are wondering whether the New Crusading Guide newspaper is not serious for publishing a stupid garbage full of grammatical errors or there is no sensible person to be promoted to the position of deputy editor other than Ernest Addo. The frivolous write-up is not only a relic of dirty journalism mushrooming from the stables of the “New Crusading Guide”, but a horrible balderdash that is packaged for zoomlion trash bins rather than for intellectual consumption.

The grammatical error-ridden story claimed the newspaper interviewed Naa Korkoi Dagbatey who alleged that Dr. Hassan Ayariga bought twenty plots of land from one of her brothers but failed to pay all the monies charged him. She was also reported to have said that her brother sold the land cheaper than the family would want to sell. The unintelligent Ernest Addo failed to find out why Naa Dagbatey did not take issues with her brother for his behaviour if true or resort to court if indeed there is anything wrong as insinuated.

In a sensible journalistic mood, Ernest Addo would have investigated why the family would want to increase the price of an already sold plots of land after so many years. In the same ethical mentality, the competent journalist would question why a man who bought a property genuinely and hold the right to it would rather not go to court to protect his property but rather bribe an individual to the tune of GHc50, 000.00 when he knows he is dealing with four gates if the report is true. His brain should also prick him to find out whether all those who bought plots of land from the royal family were called back to pay belated increment in the price of the land sold to them already. These sensible questions did not surprisingly come to the medulla oblongata of a serious journalist who is also a deputy editor.

It is also mind boggling how a journalist of the calibre of deputy editor of the New Crusading Guide woefully failed to ask hard questions to ascertain the veracity of the spurious claims being made by the purported queen mother if really she thinks about the interest of her community, Nation and Africa. How was it that a serious journalist could not crosscheck his facts from the other side of the story before rushing to vomit his concocted sputum? Why was he silent on which project was to be undertaken on the acquired piece of land and its importance to the community, Nation and African Continent?

The laziness of the revered deputy editor resulting in his failure to interrogate the issues, to borrow his editor’s cliché, is more alarming. Ernest Addo is not from the moon; neither does he obviously wash his face from behind. He is in this country and a little effort from him would have taught him that Dr. Hassan Ayariga acquired the property to put up a 1500-bed ultra-modern hospital at Haatso to serve the huge communities of Haatso, Dome, Kwabenya and their surroundings, Ghana and the entire African Continent. This is a noble gesture that every right thinking Ghanaian is applauding except the sheepish Ernest Addo and his sponsors.

It should be noted that Ernest Addo began his stupid mischief when he called Dr. Ayariga on phone a few days before the publication. He wanted Dr. Ayariga to respond to the allegations without telling him exactly what he got from the interview. Dr. Ayariga therefore requested him to bring the tape recording of the interview for him to listen to before he could respond. The mischievous Ernest Addo did not return for Dr. Ayariga’s side of the story before rushing to deceive the public. It became obvious this disgraceful Ernest Addo was trying to blackmail Dr. Ayariga in order to extort money from him but failed. It is not surprising he refused to bring the recording of the so-called interview with Naa Dagbatey if it happened at all.

Another twist of the saga is noted here. In the so-called interview, the lousy deputy editor of the New Crusading Guide quoted the queen mother as claiming she had higher level of trust for her Member of Parliament, Adjoa Sarfo, more than Dr. Hassan Ayariga. The picture became clear from here. Adjoa Sarfo who deceived her constituents that she secured World Bank funds to put up the Community Day SHS at Kwabenya but was later exposed when the truth was established that it was rather John Mahama who constructed the school. The unbearable shame and bitterness coupled with envy might have driven the MP to compel the clueless queen mother to paint a glorious feat achieved by Dr. Ayariga which Adjoa Sarfo could not manage even as a minister in government.

The stomach-journalism displayed by the reckless Ernest Addo is not only shocking and condemnable but also stupid and malicious; a disgrace to the profession he associates himself with as well as the New Crusading Guide Newspaper which gave him the platform to publish a dirty kindergarten essay to tarnish a hard worker’s image. We will advise the editor of the paper, Abdul Malik Kweku Baako, to as a matter of image redemption call his corrupt deputy editor to order if he wants his newspaper to be taken serious. We should be seen celebrating and encouraging philanthropists who help the society like Dr. Ayariga rather than allow ourselves to be sponsored by evil motives of failures who believe they cannot match the achievements of others.

Finally we call on the Ghana Journalists Association (GJA) to admonish the black sheep like Ernest Addo among them to change their complexion.

More Feature Article
ModernGhana Links
For what shall I compare the so-called eminent citizens of Kumawu?
Media General's claim of "egregious intolerance" unfounded
The Great Betrayal Of Ghanaians By The Political Elite – The 2022 Budget
Joe Wise Did Not Commit Any Illegality In Approving The 2022 Budget Statement
Youngkin Defeated McAuliffe by Promoting Ku Klux Klan Theory
Where there are Tailings, No Grass Grows: Serbians Protest against Rio Tinto
A Trumpian Autocracy Will Squarely Depend on Civic Tolerance
Where Lies Our Discipline
When Blame Blames His Victims — Martin Amidu Vrs The Ndc Mps In The Rejection Of The 2022 Budget
TOP STORIES