Suffering Contractors Be Happy: John Mahama Will Pay Your Due Monies Asap 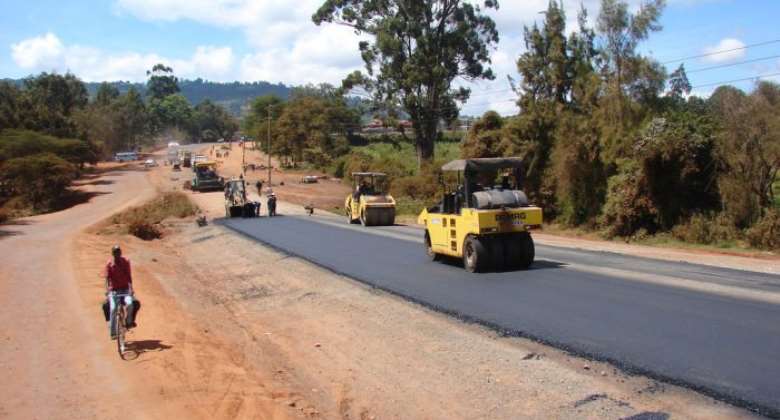 Former President John Mahama has sincerely pledged to relieve contractors of the harrowing experiences they are enduring under this careless Akuffo Addo administration. Speaking at a recent meeting with some road contractors, President Mahama promised to pay all contractors owed as long as their contracts are not terminated noting they play a critical role in national development.

The issue of road contractors not being paid arose when the vindictive Akuffo Addo and his NPP assumed power and asked them to stop work for fraudulent investigations to be done into the contracts because they baselessly suspect impropriety in their awards. Almost four years into their tenure and having spent colossal amounts on this so-called audits, the government is yet to find any wrongdoing in the contracts awarded under the erstwhile Mahama administration. Being ashamed of their much ado about nothing, the NPP government decided to refuse to publish any findings from their bogus audit. They equally refused to pay contractors whose certificates matured for various works done. Many of the roads sacrificed by this reckless behavior are cocoa roads.

It will be recalled since 2018 contractors have been on the neck of the government for payment of their debts owed them but to no avail. The contractors association in frustration engaged in open confrontation with the roads minister who last year was barking everywhere threatening to show them for disrespecting Akuffo Addo. According to a contractor Mr. Steven Attachie the government owed a total of GHc2.2million and promised to pay GHc1million out of it but failed. He explained that debts owed by most of his colleagues have accrued huge interests which they cannot pay. Many contractors he revealed have died out of frustration but the government does not care.

Not long ago there were strong speculations that the president’s nephew, Minister of Roads and Highways, Mr. Kwesi Amoako Atta was involved in a disturbing political selection of contractors and fraudulent payment of their debts to them on condition of parting away with 25% of their monies due them to him. Furthermore only those submitting to this sleaze arrangements are eligible for any new contracts under the NPP administration. The rest can go to hell and rot; not even their death can move the stubborn NPP government to budge.

President Mahama sympathizing with the contractors stated that the sad action of the NPP government is deliberate. He wondered why Akuffo Addo and the NPP will spend GHc140billion so far but cannot pay contractors just GHc2.2billion in four years. According to him his administration spent only GHc54billion to construct modern interchanges, the Kotoka International Airport Terminal 3, the New Kumasi Airport and so many other projects and concluded that the treatment being meted out to the contractors is political. He concluded with a firm assurance to them to go back to work as soon as he is declared President elect in December because he will make arrangements to pay their monies to them.