Address No.15 – An Emotional Ananse Show 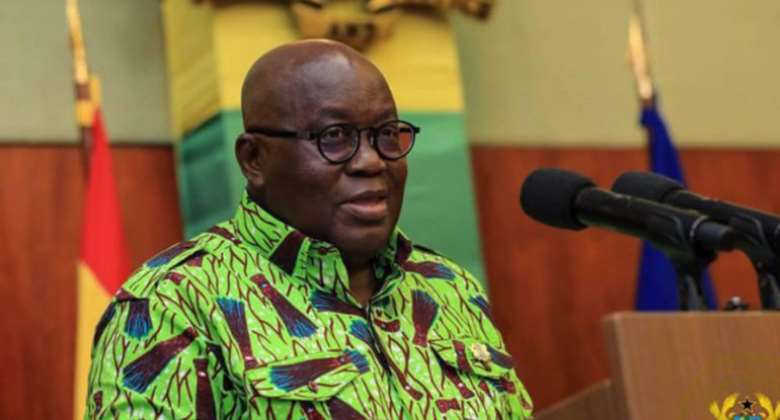 Since March this year, the advent of the corona virus afforded Akufo-Addo the opportunity to come to our homes every evening for so-called updates. Few weeks of addressing the nation about the escalating threat of the virus has resulted in further mental fatigue on the already tiring President who is struggling to complete his tenure in four months’ time. By the time of Address No.5 many began to question the relevance of this Fellow Ghanaian ‘science and data’ stories.

Interest in the whole exercise waned drastically when the president was found to be churning out dubious figures and resorting to direct attacks on his critics coupled with unwarranted mean politics. Despite this development many were expectant of Address No.15 for two reasons: to hear when our borders will be opened and when and how schools will re-open. Fellow Ghanaians were however dribbled this time again.

The President launched into a series of self-praise and deviated angrily into an emotional barrage of verbal attacks at his critics again. His demeanour showed a seriously angry fellow who is boiling right in front of his enemy. Many wondered what might have eaten up the man to that extent to forget he was addressing the nation and needed to comport himself. Poisonous words were freely flowing for those who questioned the president’s decision to allow political gathering and mass voter registration exercises during the pandemic. He contended such critics were proved wrong. He tacitly condemned his direct opponent of engaging in criticising him to remain relevant.

No one expected the president to drive himself into this adversity as he was just given a minute dose of his own medicine albeit justifiably. This is a man who called former President Mills Prof. Do Little. He took advantage of every opportunity to insult and encourage his vice Bawumia and his wife as well as Otiko Djaba to insult former President Mahama at the least chance. He had the effrontery to refer to Ghanaians who expressed concerns and wanted his reckless administration to be cautious as professional Jeremiahs and naysayers. Mahama never uttered a word to reply any of those deviant behaviours. Yet corona virus has given Akufffo Addo privileges to appear on television and waste everyone’s time with unpresidential effusions to disgrace himself. He simply displayed his high intolerance to the nation on Sunday.

The whole speech was as confusing as the manner in which it was delivered. The anger behind it was more influencing than any piece of information expected in it. The usual ending in local dialect was messed up for a return to English. There were palpable lies told by the President manifestly concocted for corruption purposes. The President shockingly told all of us that he had reports JHS 3 pupils were complaining of hunger. He therefore ordered the Ministry of Gender and Social Protection to provide one hot meal for each of over 580,000 pupils from 24th August to 18th September, 2020. This is a government that failed woefully to account for GHc54million for the same hot meals for few people engaging in another of the same venture.

The announcement of the decision without details as to the cost as was in the first case is a worry to all. In a crucial election period like this reckless spending is a recipe for embezzlement which the president’s governing machinery is very good at. We are therefore convinced that this unwarranted freebie is an avenue to further create, loot and share for campaign financing just as the Agyapa Royalties, PDS, KelviGVG, UNIPASS scams are set up for.

Above all the President was obviously agitated by something that is imminent, a glaring defeat in the upcoming December 2020 general elections. Indeed as the Akans say: Se aboa bi be wua, wo pri! The last days are quite dangerous for Akuffo Addo. All is not well.