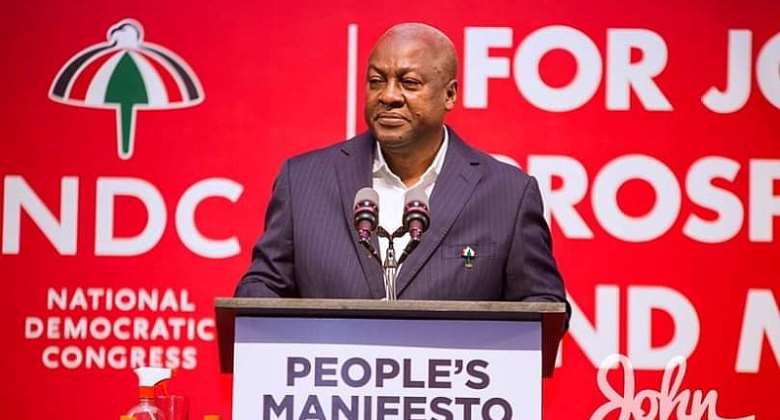 Greetings from Binduri. It's been long since I wrote to you, today being your 62nd birthday, the gods have instructed me to wish you and communicate their decisions to you.

Your 62 years on earth have been of goodness to mankind so far and it is the wish of the gods that you live above 100 years on this earth.

On this day, may your enemies suffer like English in the mouth of Wontumi, as prophesied in the book of Psalm 91:13: You will tread on the lion and the cobra; you will trample the great lion and the ‘mother’ serpent.

Micah 7:17: They will lick dust like a snake, like creatures that crawl on the ground. They will come trembling out of their dens; they will turn in fear to the LORD our God and will be afraid of you. Isaiah 27:1 In that day, the LORD will punish with his sword— his fierce, great and powerful sword— Leviathan the gliding serpent, Leviathan the coiling serpent; he will slay the monster of the sea.

On the upcoming December 7 elections, the gods have instructed me to tell you that you will win the elections, with a slight majority in parliament but of course there are sinister forces working against it which I will make it known in this piece.

Mr. President, fighting corruption was one of the main campaign platforms of the current NPP government in 2016. In fact, Akufo-Addo claimed the “war of graft” was his top priority, urging citizens to step up to help expose corruption and misuse of public funds. The NPP government created the Office of the Special Prosecutor, an independent agency in charge of investigating and prosecuting allegations of corruption. But the Papa Alamisi’s agency lacked teeth, and has had very limited success, due to “wanton disregard of statutory requests made by the office for information and production of documents to assist in the investigation of corruption and corruption-related offences." Corruption remains pervasive, and Ghanaians are hesitant to report it: only one-third (34%) of Ghanaians believe they can report incidents of corruption without fear of retaliation or other negative consequences. Trust in the current President has declined by 75% since 2017, and this is a determinant of the election results this December.

Time they say sweeps everything along and can bring good as well as evil; evil as well as good. At no point in time would this adage ever be appropriately used than now. Mr. Martin Burns Kaiser Alamisi Amidu, Akufo-Addo's much praised anti-corruption crusader has lost hope in Akufo-Addo's audio fight against corruption.

He, Mr. Amidu, the weapon Akufo-Addo formed against you have resigned, of course, when the gateman realizes that the thief is his landlord he flees. Akufo-Addo is soaked in massive corruption, he is the chief priest of corruption, he is incorrigibly rotten to the core, a man whose words mean nothing to him and often times he doesn't even remember the last lie he told. This is what his own Special Prosecutor had to say about him on corruption:

"This is why the President's directives and instructions to you which he knows have the tendency to push me under the bus, by his doing wrong to my person as a citizen of Ghana for performing my professional duties in the United Kingdom, Jersey, incorporated Agyapa Royalties Transactions anti-corruption assessment report reinforces the divine revelation that he took the Presidential oath while looking like the innocent flower of anticorruption but being the mother serpent of corruption under it.”

Again, Voters are also faced with widening cracks in the Ghanaian economy, resulting in negative impacts on their own lives. Thus, they will punish incumbent President Akufo-Addo by voting against him. The most important issues for Ghanaians include unemployment, infrastructure and roads, education, and health. Yet GDP is projected to grow only 0.9% this year, the lowest growth rate since 1992, And Ghanaians citizens are increasingly expressing dissatisfaction with government’s economic performance, and their own personal living conditions. In fact, the most recent Afrobarometer survey reveals troubling data. Approval ratings on indicators of government economic performance have declined sharply since 2017.

Every Ghanaian can attest to the glaring fact that fuel prices are too high; food prices are killing us; there is no money in our pockets; there are higher duties at the ports; businesses are reeling under confusing single windows ( one Chinese business man once remarked: 'I missed Mahama a lot' ); we are still in IMF pockets; there is a freeze on public sector employment albeit some more Ghanaians like Osafo Marfo's children get through.

Today we have all been shown really what nepotism is. We know really what family and friends’ government is now. The Jubilee House is now AKYEM HOUSE. The government has become Akyem Abusua. There is massive corruption right from the head to the toe. The President who said he is a corruption fighter has rather displayed his gross expertise in clearing corruption. Ghanaians really miss you and can't wait for December 7, to come so they can vote for you. Because I speak with the gods I hear a lot about the feelings of the masses, one of them, had this to say about you to me today: “Please if you can convey this my message to him. I admire him so much. And one of my greatest desire this year is that he wins this election. I will be one of the happiest persons in life."

Kwame A-Plus one of the hardcore NPP activists that lied wickedly against you in 2016 had this to share with his fans today on the occasion of your birthday: "Happy Birthday JM, I feel ashamed that we campaigned to remove you from power because akɔnfɛm flew to Burkina Faso and corruption, only to bring the "the mother serpent 🐍 of corruption" under whose watch 500 excavators vanished, over 400 aboboyaa vamoosed into thin air, 600,000 litres of fuel evaporated, a Minister turned his office into a visa connection office, PPA boss accumulated over 45,000,000.00 million Ghana Cedis in two and half years. Sometimes I sit down and wonder how we removed you because you had many ministers and accused you of running a family and friends' government only to bring this sakawa man and his family government and many appointees like Keta School Boys.

Anyway, let me end it here.

Mr. President, one sad thing is that Politicians can never be faulted for Ghana’s problems! The shameless Politico-NEUTRALS, so called wise men are the Problems! I shudder to think if the avarice, acquisitiveness and rapaciousness of the Nana Akufo-Addo-Dr. Mahamudu Bawumia government doesn't give them nightmares? These two gentlemen are weak overlords who are just seeking the aggrandizement of themselves, their families, friends, associates and concubines who are quicker to despoil their subjects than govern well.

They have done more than 10,000% of ills these evil men in church garments accused you of. So I ask where are our once upon a time wise men? Prof. Martey, Palmer Buckle, Otabil et al. A friend told me that Prof. Martey, Rev. Otabil, Owusu Bempah and their group are currently in Arusha, Tanzania attending a 2-day conference on Responsible commentary, Fair Judgement and Unbiased Opinions and that Prof Adei is also in Aleppo, Syria studying common sense and wisdom. It is believed that when those guys return to Ghana, from January 7th, 2021, we shall have the best democracy in the world; could it be true?

Akufo-Addo showed he grossly lacks credibility, he has borrowed over GHc150 billon with nothing to show. No roads constructed, no schools built, no hospitals built, no university built, no airport constructed, only public toilets are their achievements. They are afraid of losing this election, they are afraid of one man one vote, the only way out for them is to gerrymander the 2020 elections.

It is said that when the handshake exceeds the elbow, then it is no longer a handshake. Mrs. Jean Mensah's ego has grown bigger than President Nana Addo's stomach and she seems to have overgrown advice and wise counsel, she is the first tool the mother serpent of corruption and his collaborators are trying to use to distort our peaceful polls. He that invites the evil wind must make sure that his tent is solidly made. The sound of the bitter cola is never commensurate with its taste.

Jean Mensah's evil agenda to gerrymander election 2020 deserves special attention. The NDC as a party of which you're the flag bearer must be equal to every antics the NPP through the EC will always come with.

Jean Mensah is leading us to a funeral parlour for selfish considerations. She is being manipulated by Nana Addo and his henchmen, we need to make them understand your readiness of meeting their war drums with war drums. They are trying the mighty NDC, the revolutionaries of our time and we must make history repeat itself.

Mind you, the top echelons of the judiciary are handpicked by them and would always favour them, the only way to get justice is on the streets. Waste no time in the court in case of any electoral dispute. In fact, the Chief Justice’s unsolicited offer to settle electoral disputes within 45 days should prick your mind on something.

These are people who shamelessly ruled that birth certificate is not proof of Ghanaian citizenship, our courts are packed with very weird elements.

The recent deployment of armed military officers to the Volta, Oti and the Bui area of the Bono Region is a declaration of war against Voltarians.

The immigration officers, have often controlled our borders, with the NPP hoodlums of military men they have deployed to these regions, their current presence has sinister motives. They failed with their Western Togoland agenda and the current deployment is their last hope of intimidating Voltarians.

The recent payment of strange monies to the accounts of Ghana Police officers is a cheap move of a desperate despotic senile who is afraid of losing power. Their plan to disrupt the election process in the strongholds of the NDC must be met with brute resistance. The EC's intention to misuse manual verification is unacceptable and needs your special attention, sir.

Jean Mensah's latest announcement to declare the Presidential results within 24hours deserves the special attention of the election observer groups and diplomats.

Mr. President, We have gotten to a stage where electoral violence will be inevitable, diplomacy, compromise and our courts won't help you. We need to deal with the EC with brute force, violence and Machiavellian tactics! The will of the people must prevail, the votes of Ghanaians must count and the voice of the citizens of Ghana must be heard. Thank you for listening!