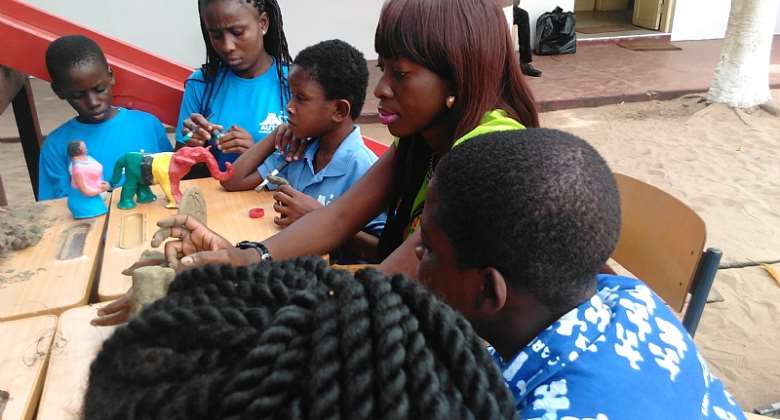 The Republic of Ghana has a total surface area of 238, 837 square kilometres, extending inland on the western bulge of Africa from the Gulf of Guinea.

It is bordered by Cote d’Ivore to the west, Togo to the east, to the south is the Atlantic Ocean, and Burkina Faso to the north.

The Greenwich meridian bisects the country, while it also lay entirely the northern tropics.

The population of Ghana is estimated at 25million, about 20% of whom live in and around Accra, the capital city. Kumasi, Tamale, Cape Coast and Sekondi- Takoradi are the other major urban centres.

English is the official language, but most people speak several languages as well. Over 70 major dialects and languages are spoken, classified in four linguistic groups; Mole-Dagbani, Akan, Ga and Ewe.

Twi is the most popular Akan language, spoken by about half the population. 75% of Ghanaians are Christians, 15% Muslims, and the rest adhering to traditional beliefs.

Ghanaians are among the most literate Africans today.

Ghana as a country is considered by many to be a shining star in economic stability, political maturity and a leader in intra-African affairs. It is also amongst the least corrupt in West Africa.

Today Ghana is an island of peace in a turbulent region of Africa.

Ghana has a sophisticated physical infrastructure and academic institutions that any developing country can be proud of. Ghana is self-reliant in food and is the home for the beverage called cocoa.

Earlier in its history, Ghana’s children were devastated by a disease called

"Entoburo"
The people of Ghana described it as “the disease the old baby gets when a new baby is born.”

Medical practitioners have since given it a new name- Measles.

I am not surprised that autism is in Ghana.
Children with autism often can't make connections that other children easily make.

Most children with autism spectrum disorders have trouble understanding what emotions look like and what another person is thinking or doing.

They lack basic feelings.
They act in a way that seems unusual, and it can be hard to understand why they are doing it.

Autism children have trouble learning the meaning of words.

A new study published in The Lancet reveals that, autistic children whose parents participated in an early intervention program have a reduced likelihood of having intensified symptoms by age 10.

The authors say that theirs is the first long-term look at the outcomes of an intervention like this. But a close examination of their data raises questions about how distinctive the claim of improvement with the intervention program is.

In their study, the Lancet authors used a program called PACT (Preschool Autism Communication Trial), a one-year intervention that involves 12 therapy sessions and 20 to 30 minutes of regular practice work that parents do at home with their child. The intervention includes analysis of videos of parent-child interaction to identify areas where parents overlooked a child cue.

Teasing out these oversights and correcting them, goes the hypothesis, will make parents more aware and improve how parent and child synchronize their communication.

Although there are a few autism centres in Ghana, the publicity is very low and the patronage is discouraging.

Most Ghanaians see autism as a curse from the lesser gods so some parents take them to the shrine and ask the fetish priests to pacify the gods on their behalf.

Some also see autism patients as children of the "river gods". So some parents take their children suffering from autism spectrum disorders to the shrine and leave them there.

I urge the Government and civil societies to be proactive in the fight against autism.

In many parts of Africa, diseases, whose root cause cannot be traced medically are viewed as a form of a curse

Juju is a big business especially in West Africa, and it does not matter how wealthy or educated a person is. But as in every society there are people who will confront and fight local beliefs, biases and prejudices.

To sum it up, autism is not a tragedy, ignorance is the tragedy.

More Feature Article
ModernGhana Links
Ghana’s Herbal Market: Another ‘E-Levy’?
A Good Leader Remembers Those Who Help Him
ECG to urgently attend a repeatedly reported but ignored electrical fault on the compound of JULIKART pub/hotel in Mallam-Accra
Atta-Mills Looted Ghana Raw with Woyome and Kwame Gonja
Does Anyone Still Remember "Empaah-Day"?
Kutu Acheampong Was an Energy-Supply Visionary Where Mahama Was a Wuss
Rehabilitative care and unemployment
Re: Herbal Medicines Pose Dangers to Public ……..Health Experts Cautions
Still on Osun governorship election
TOP STORIES