The Danger Of Food Shortage In Africa: What We Must Do 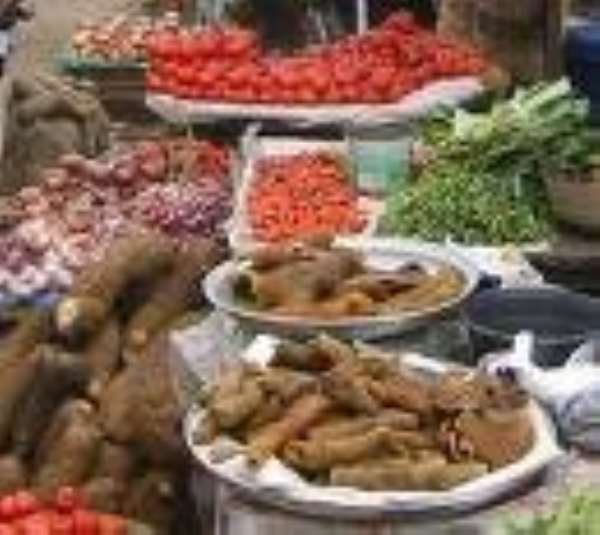 Exactly at cock crow every orie market, the people of Agbogwugwu and their neighbouring communities converge at Orie market rightly located in the middle of the town to buy and sell. The market usually opens every Orie (a native market day) and as a tradition compliments the other markets in nearby towns holding at varying market days such as Eke-Ihe, Afor-Isu and Nkwo-Agu. Men, women and children from different towns and villages gather to sell their crafts, wears and farm produce. Several of them also buy household items after the day’s sale.

On a certain Orie market day in Agbogwugwu, while Nwakego waited for buyers for her basket of cassava, she imagined how difficult life has been lately. Flood had affected the crops adversely, harvest is hampered and now people don’t seem to possess the “cowries” money either.

This is the third time she was bringing the basket of cassava to Orie market, not minding that in the past, before the danger struck she usually sold five baskets at once during this period. She only hoped earnestly to find someone to buy them at last.

Right through her thought, it seems a rousing echo travelled from behind, piercing her very lost consciousness. She quickly turned, noticing the fall of a certain man as if it were a palm tree. The entire Orie market tore apart, everyone rushing to the scene just to help. While he was still lying flat on the muddy ground, the crowd gradually forming round about him suggested what can be done to save his life.

The first person gestured at him and said “ka anyi bugara ya Dibia anya Nzu” let’s take him to a native doctor. Another said “O dika obu akwukwu doturu ya, Nwa mgbe nta oga ebili ” he might be epileptic, he will get up with time. Then the third voice from the thick crowd, “Onwere ike obu agu ji ya, butere ya nri ososo, oga ebili ” he may be hungry, let’s get him food. Immediately the dying man raised his right thumb, in a simultaneous eye contact with the speaker, swung his right limb in affirmation and muttered in the sudden prevailing silence “Wenite onu gi” raise your voice.

He raised his voice, repeated himself thrice. The crowd standing, watching, understood and quickly bought and served him a calabash of “fufu” and “okro soup” having observed that he has not eaten for days. He got up, ate the food, thanked them all and walked away. Just like the man in Orie market, lots of people in our modern world are still walking about aimlessly without food.

Food is primarily produced via agricultural venture such as crop planting and animal husbandry. Farm produce are usually either cooked or further processed into ready to eat packaged meals and hung in the shelves of super stores. The earth is vast and therefore holds enough resources to feed everyone as posited by Ed Asner

“There are genuinely sufficient resources in the world to ensure that no one, nowhere, at no time, should go hungry.”

The quantity of food currently produced throughout the world is enough to feed all. Experts estimated the total food availability in the world to be 2,790 kcal /person/ day between 2006 and 2008.

However, it has not always been that good. In the 18th century, Robert Thomas Malthus (1766 – 1834) an English cleric and scholar predicted in a thesis acute food shortage in Europe. He warned that population will by far exceed food supply and the consequence will be catastrophic.

The shocking prediction and its early signs gave Europe a push and they stepped out in brevity travelled round the world and established agricultural farms and its corresponding food value chain.

Africa benefited immensely, since subsistence farming as was practiced gave way to commercial one, introducing what later became cash crops. The farmers at that time produced more than enough for local consumption while the excess was exported to Europe.

The developed countries of Europe later established large farms at home powered them with machinery and that resulted in mass production of agricultural products and food. Many years down the line, food production has increased tremendously in the developed countries whereas the developing nations of Africa have witnessed a continuous downward slope in their capacity to produce food.

Before independence in 1960, Nigeria operated an agro-based economy, earning all her foreign exchange from exportation of agricultural products, groundnut in the North, cocoa in the South-West and palm oil and kernel in the South-East. All that changed in the advent of crude oil. The country gradually lost focus, abandoned agriculture and for more than three decades based her yearly budgets solely on earnings from crude oil.

It is not yet known except for guesses what is responsible for a nation with such great potential to derail completely and now depend on other nations for food, importing (less nutrition-polished rice) worth over N356billion per annum. Maybe, just maybe the truncated first republic led by the founding fathers of Africa cut off the vision of modern Africa and placed the complex burden of leadership in the hands of dishonest and ambitious men, saddled with the obvious weight of mediocrity.

Food shortage is a global phenomenon though it is more prevalent in Sub-Saharan Africa. It directly leads to hunger. Hunger is the want or scarcity of food in a country. It is the grave consequence of poverty, harmful economic systems, conflict, large population size, unfavourable food and agricultural policy and climate change. The highest number of hungry people lives in the developing countries of the world. The world health organization’s report of 2012 states that about 795 million people in the world move about without food, which is one in every nine persons on earth.

The report acknowledges that the intensity of hunger is more in Sub-Saharan Africa with one in every four persons undernourished. Experts believe that poor nutrition is the cause of nearly half of death in children below five, summing up to 3.1 million children yearly. In developing countries one out of every six children is underweight, one in every three is stunted, about 66 million children of primary school age attend classes hungry with 23 million of them in Africa.

Global hunger can be overcome, if everyone is concerned as observed by Bomo,

“If you want to eliminate hunger, everybody has to be involved.”

As a people, we must willingly go back to the farm and encourage our younger generation to do so. Large technology based farms is a must for the much needed mass production of food. We must come to our senses and change the culture of jumping at white collar jobs, understanding that food production is critical to life and should not be left in the hands of old, uneducated folks.

Our government must as a matter of urgency heed the advice of Bill Ayres,

“A man not only needs to know to fish, he needs the freedom to do it and a place to do it. We feel government has a very important role therein.”

African leaders must determine to honestly empower her citizens to establish agro-based businesses by releasing loans with one digit interest rate to genuine Agric-entrepreneurs. They must jettison the phenomenal deceit usually displayed on TV showing how they have helped imaginary people without any positive impact on real citizens.

By reason of policy, they must dedicate 85% of our crude oil earnings to building infrastructure which will strategically transform Nigeria to an industrial hub in West Africa.

They must review all food and agricultural policies including the current land use act to favour investment in agriculture and model it in a way to give agro-based entrepreneurs soft landing. Government at all levels must drive investment in mechanized farming through public private partnership arrangements, growing earnings in the sector to gradually subdue the total cost of governance.

Our leaders must see the future, the state of modern Africa as envisioned by our founding fathers while they fought for independence, not this overbearing, over dependent nation we have become. Above all, they must be willing to resign their positions or forced to leave if they are incapable of envisioning the new Africa.