The Battle To Divide Nigeria: How Feasible? 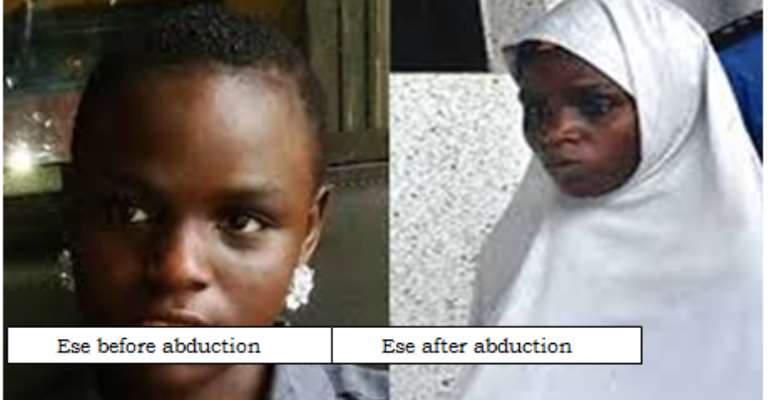 In 1914, what later became the Federal Republic of Nigeria was formed by the amalgamation of the Northern and Southern protectorates by Lord Lugard. These protectorates of the North, South and Lagos were under intense colonial rule for close to fifty years. Under the watch of the colonial masters, Nigerians were subjected to outright unfair treatment that reduced them to second class citizens, hence the uprising of indigenous voices agitating for self-determination. Dr. Nnamdi Azikiwe, Abubaka Tafawa Belewa, Obafemi Awolowo, Anthony Enahoro and several others fought vehemently to dismantle the crooked foundation of the unjust British colonialism.

Though some level of development was recorded during colonial rule, the founding fathers of modern Nigeria also understood that “Dependent nations can never be considered developed” as later postulated by Walter Rodney, one of Africa’s best historian. While they fought for independence, they envisioned a nation we can call our own, such that will give every child equal opportunity, accommodate every tribe, language and class. They saw the birth of a great modern state in Africa that will not just announce her but also return her lost dignity.

However, like all known positive pursuits, they had a free Nigeria delivered to them on 1st October, 1960. Nevertheless, the joy of the long awaited independence was short-lived by the introduction of the same old system of injustice that triggered the fight for independence. That cost Nigeria an unanticipated three years bloody civil war that threatened her existence.

Great nations are built and maintained on solid foundations of genuine belief in the country, justice, fair play, inclusion and honesty not sentiment. The school of thought that Nigeria is a mere geographical divide, a contract, and therefore cannot hold is misleading, because most nations of the world are, including America and United Kingdom. Israel Zangwill (1864-1926) analyzed the composition that resulted in America and observed that, it is God’s crucible, the melting pot where all races of Europe are melting and reforming.

The fact that Nigeria is made up of several ethnic groups, varying languages and culture is not enough excuse to divide the country. Canada is built on the strength of two major languages- English and French and like America, people from all cultures are presently being admitted and they are melting and reforming. As a country, we have lived together for close to 100years. We have achieved a good level of integration and understanding of each others’ culture. What is lacking in Nigeria is the will to do justice.

Our leaders by their actions do not believe in the Nigerian project, so they constantly lie to us; exclude some groups from partaking in the gains of our nation and that naturally result to great injustice. I have problem with people, whoever they are, that have stolen our money, impoverished the genuine common Nigerian, who not only walk free, but return to power and steal more. Over the years, our leadership seems to have encouraged corruption and that has killed all developmental initiative in the country. They have for so long continued this open, senseless support for mediocrity in place of excellence. Little wonder, Marcus Tullius Cicero (106-43BC) observed, “The greatest incitement to crime is the hope of escaping punishment.”

What can I say, it is unfortunate that after 50years of operating the supposedly modern Nigeria, we have so deeply entrenched what I call suicidal political escapades shamefully displayed in the chairmanship election of the Governor’s forum under Ex-President Goodluck Jonathan, where 9 votes defeated 16 against the principle of all known logic and gradually introducing distortion to the intellectual capacity of our observing children.

If Ese Oruru, a thirteen year old girl could be abducted from her home in Bayelsa, forcefully converted to Islam and married away to an Alhaji in Kano under the supervision of the Emir of Kano. Even when discovered with 5months pregnancy, the Nigerian Police waited helplessly for her ruthless abductors to determine her freedom. If the communities in the oil producing areas of the Niger Delta suffer huge degradation due to oil spillage and we do not see reason to clean up the mess and give them their lives back, even after being compelled by UNEP report. If my child is denied admission into a Federal University in Enugu, my home state, with a good JAMB scores, because there is a law that prefers another child from Zamfara state, who has a lesser score or probably failed the exam.

If the owners of oil blocks found in the native soil of the South-East and South-South regions of Nigeria are from the north, so they can make enough wealth, send their children to the best schools in the world while the natives, the community is excluded from the entire business of crude oil exploration and most of their children aren’t in school. If one man is sponsored by government to become the richest man in Africa, when our economy is failing and government apparatus is used to destroy other people’s business, who are perceived to come from the wrong tribe, then it is obvious that the weak pillars that hold the contraption called Nigeria has given way and collapse is imminent.