Pakistan On The Verge Of Collapse 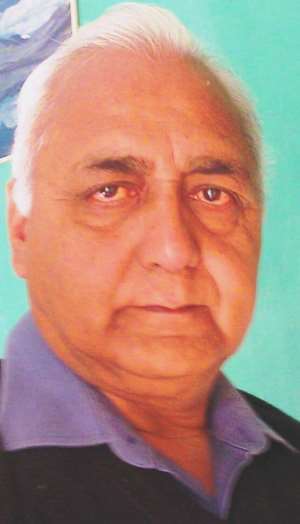 Even though Pakistan came into existence in 1947 after partition from India on the basis of the so called 'Two-nation theory', however the due credit needs to be given to the farsightedness of the majority of Muslims of undivided India who did not support the partition on religious lines.

Notwithstanding this, a large number of Muslims from Punjab province as well as from Delhi and western UP decided to migrate to Pakistan, while the Muslims in many areas like Malerkotla, Mewat, Kadiyan etc. preferred to stay back in India. Similarly, some Muslim families from Bihar and Bengal too migrated to the East Pakistan (now Bangladesh). However, most of the Muslims of entire South India, Central India and North Eastern India considered India their homeland and stayed back.

These farsighted Muslims were probably well aware of the future of the new 'Islamic state'. A Pakistan (holy land), which was envisioned by Mohammad Ali Jinnah, has today become a metaphor for everything irreligious. Pakistan is not only a problem for India; it is in fact counted among one of the most dangerous places of the world.

Pakistan has gained its share of notoriety due to its continuous support to terrorism and fundamentalism by harboring terrorists, training them, abetting the activities of Taliban, nurturing the extremist organizations, crimes against ethnic minorities as well as implicating innocent people under anti-blasphemy law. However declin, the e of Pakistani state started long ago when a tug of war started between the country's civilian govt. and Army to grab power. Today, the situation is that the world remains confused as to which is the responsible institution in Pakistan? Is it Parliament, Army, Judiciary, ISI or the extremist forces?

While the world witnessed the toppling of Zulfikar Ali Bhutto's democratic govt. and hanging of Bhutto by Zia ul Haq, it also witnessed the plane crash of Zia ul Haq along with senior army officers onboard. We heard the news of Prime Minister Nawaz Sharif being sent to exile. We also witnessed the assassination of its former PM Benazir Bhutto in the hands of extremists. General Parvez Musharraf had to go behind the bars. While the constitution was dissolved, the Chief Justice of Pakistan Iftikhar Chaudhari was removed. Ever since its inception, Pakistan has been witness to such instances of political turmoil and all of them have brought it a bad name.

These days Jamaat-ud-Dawah chief Hafiz Sayeed is doing his part in destabilizing Pakistan. Recently, I got to listen one of his interviews, where he apparently looked in agreement with the two-nation theory of creation of Pakistan. According to him, it was Jinnah's dream to see Pakistan as the world's biggest and strongest Islamic state. He also wanted to make Pakistan one of the world's most powerful nuclear armed countries. Interestingly, during the same interview, Hafiz Sayeed blamed Indira Gandhi for the current state of affairs of Pakistan. He said that by engineering the split of Pakistan and creation of Bangladesh in 1971, India made Pakistan much weaker.

Here I want to ask all those, including Sayeed, who think India was responsible for Pakistan's partition, if the people of erstwhile East Pakistan did not understand the two-nation theory of existence of Pakistan? Did they fail to understand the ambition of Jinnah to make Pakistan a strong Muslim country? Is there any organization or political party in Bangladesh which still regrets the separation from Pakistan? Had the people of East Pakistan not been willing to secede just because they were Muslims, could Indira Gandhi have managed its secession from West Pakistan? Was Indira Gandhi or the Govt. of India responsible for the step-motherly and oppressive treatment meted out by the West Pakistan to the people of East Pakistan from 1947 to 1971?

Not only Hafiz Sayeed, but also the politicians like Nawaz Sharif, Zardari, Musharraf and Bilawal Bhutto are in a perennial state of denial vis-à-vis these realities of Pakistan. I would like to put a question to these guardians of Pakistan: Which criteria of unity in the name of religion was being adopted in Pakistan after the creation of Bangladesh, a predominantly Muslim majority state. The Islam where there is universal acceptability of one Allah, one Prophet, one Quran, and hundred and twenty four thousand messengers, why are the caste struggles so common among various ideologies within Islam in Pakistan?

Why is it that the followers of such a peaceful religion like Islam in Pakistan have become so violent that the country has now been declared as the eighth most dangerous place on earth by Washington-based think tank Intel Center? Iraq, Nigeria, Somalia, Yemen, Syria, Libya, Egypt and Kenya are other countries on the list. If people like Hafiz Sayeed and Musharraf look at it dispassionately, they'll find that India had least role to play in bringing Pakistan at this stage. Rather, the rulers of Pakistan are themselves responsible for this pathetic state of affairs of their country.

Recently, General Parvez Musharraf admitted in an interview that the infiltration bid in 1999 by Pakistan army into Indian side via Kargil was absolutely correct from Pakistan's viewpoint.

According to him, this was done in response to India's alleged meddling into Pakistan's internal affairs. He refused to admit Kargil fiasco as a mistake. Not only Musharraf, all the military rulers of Pakistan see the creation of Bangladesh as an insult to Pakistan. Pakistan Army is primarily involved in only two kinds of activities- either they are busy fighting with the terrorists once trained and nurtured by themselves or they remain busy attempting infiltration into Indian borders. Therefore, it suits every Pak general to keep on invoking Bangladesh issue so that they can justify their incessant anti-Indian activities.

Hafiz Sayeed is also a big sympathizer of the former Taliban rulers in Afghanistan. He is proud of the fact that Pakistan was the first and the only country to recognize the then Taliban govt. in Afghanistan. He tends to approve the violence perpetrated by the Taliban and its counterparts in Pakistan i.e. Tehreek-e-Taliban (TTP) upon the people of Pakistan. The same Hafiz Sayeed has also warned India to launch Jehad against it in the name of Kashmiri people and Indian Muslims. Unfortunately for Sayeed, despite being a witness to caste and communal violence, majority of Indians are and will remain peaceful.

While this strength of India helps it move forward leaps and bounds towards becoming a powerful country of the world, Pakistan, on the other hand, has undertaken an entirely opposite course. It is the need of the hour that the responsible people in Pakistan stop doing politics in the name of Kashmiris and Indian Muslims, and start brooding over the ways to stop the collapse of Pakistani state and find ways to stabilize it.