Likelihood of Military rule in Pakistan 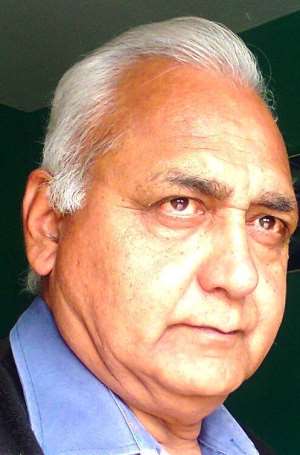 Pakistan has been a target of violence, particularly sectarian strife since last two decades. The violent incidents have intensified with time. While security forces are proving to be no match for the terrorists, the relatively prosperous, educated and intellectual class of Pakistan is fleeing the country. Pervasive chaos and spread of extremists has brought a bad name to the country and now Pakistan is called a country of terrorists. Human Rights Watch report released last month clearly states that the terrorist groups are operating in Pakistan with absolute immunity. Law enforcement agencies and officials have either closed their eyes to the terrorist activities or they are incapable of firmly dealing with the terrorists. Concerns are being expressed that there is highly likelihood of terrorists soon taking over Karachi, just like the cities of Iraq and Syria. It is to be seen how the democratically elected government of Nawaz Sharif and Army chief Rahil Sharif handle the situation, check the falling morale of security forces and deal sternly with the terrorists.

Murders and assassinations are now a common practice in Pakistan. However, in last few days, the violent incidents have intensified and increased attacks by the active Sunni militant groups and the Taliban suggest that the only motive of these forces is to create anarchy in Pakistan and grab power by committing bloodshed. In Pakistan, these powers are trying to replicate the ouster of Najib in Afganistan by the Taliban. This is the reason that Pak-based Taliban are now specifically targeting army bases, security checkposts and defence-related establishments. On the other hand, the Sunni extremist groups are killing the minority Shias. To commit these violent acts, they are recruiting Fidayeens (suicide bombers) in large numbers. On January 21, twenty nine Shias were killed in Quetta, Balochistan when they were travelling in a bus. A fidayeen rammed an explosives-laden car into the bus. At the same time, three Shias were shot down by the extremists in Karachi.

Similarly, on January 22, twelve security personnel were killed in different attacks. On January 19, twenty two Pak army personnel were killed in a terror attack on army cantonment in Bannu area of Khyber Pakhtunkhwa province. Tehreek-e-Taliban Pakistan took the responsibility for these attacks. Shahiddullah Shahid, the spokesman of TTP, claimed that the attack was carried out to avenge the killing of Maulana Wali ur Rehman. He said that Pak Army was their enemy and they would carry out such attacks in future too. Nowadays, the terrorists are also blowing up railway tracks in Pakistan. Recently, they blew up a rail line in Kotla Hasan Shah, Rajpur District. As a result, a train was derailed, leaving three passengers dead and 25 injured. Carrying out suicide attacks at religious places, processions and crowded markets is like a common practice for these terrorists. Moreover, these illiterate extremists also look with suspicion, a noble drive like Polio eradication mission. They see it as an American conspiracy. During the last days, they have targeted many Polio workers in which many women and children were killed. In last two years, about 30 Polio workers have been killed in Pakistan. Perturbed by these attacks, Bill Gates recently indicated that the financial assistance being provided by his NGO towards the polio eradication in Pakistan might be stopped. This worsening situation in Pakistan may not let the army remain mere spectator for too long.

Although Pakistan claims that it has killed atleast 40 terrorists in attacks carried out on Taliban hideouts in the aftermath of the terrorist attack on Pak Army. However, with a democratically elected government in place, the army is not able to act independently. Expressing the growing desperation of Pakistani people, Bilawal Bhutto, the son of Late Benazir Bhutto, said that there was an urgent need to take military action against the terrorists. Bilawal said that people like Osama Bin Laden or any other terrorist, who kill thousands of people, could not become the face of Pakistan. Instead the country's faces should be those who take a stand against them and bring some hope to the people of the country. Meanwhile, taking another step ahead in talks with the Taliban, the Nawaz Sharif government has constituted a four member committee to discuss the modalities of the talks. This committee includes two senior journalists viz. Rahimullah Yousufzai and Irfan Siddiqui, former diplomat Rustam Shah Mohammed and Retd. ISI Major Aamir Shah. This committee will talk to the Taliban and submit a report to the Interior Ministry of Pakistan.But Pakistani Taliban's top negotiator said that “Islamic sharia law was necessary for peace as the government, martial law and democracy had failed to solve the country's problems”. Maulana Sami-ul-Haq, the head of the TTP's three-man committee set up for peace talks with the government, said “Taliban are fighting the war for the implementation of the Constitution which has been violated by the leadership”

The question arises whether there will be any decline in terrorist attacks after the constitution of this committee? Will the Taliban take the proposals of Nawaz Sharif govt. seriously? Will the Pakistani Army keep waiting for the directions from the government, even after losing many of its personnel in Talibani strikes? Will the officials of Pak Army stay mute spectators to degrading morale of the forces? Do the Nawaz Sharif govt. and General Rahil Sharif have any idea about how deeper the extremists have infiltrated their ranks? Have the Pakistani policymakers learnt any lesson from the attack on Pak Airbase and the assassination of Governor Salman Taseer? Don't these incidents provide enough evidence of the extent of intrusion of extremists in all the areas of Pakistani system?

It can't be denied that Nawaz Sharif govt. also feels threatened by the Taliban. Probably, that's why Nawaz Sharif himself is going slow on his poll promise of talking with the Taliban. It is also being said that that the decision to constitute a four-member committee for talks was also taken keeping in view the growing desperation within the Army. It seems Pakistan Army is in no mood to tolerate more bloodshed of its personnel and more attacks on its establishments. No need to mention that it was during the regime of General Parvez Musharraf that the army launched an operation on Lal Masjid. The terrorists don't understand the language of talks once they take the path of violence. In these circumstances, the likelihood of military coup is becoming strengthened. Anyway, what is essentially required is a big, continuous and decisive assault on the Taliban by the Army. Otherwise, it won't take much long before Pakistan that in the name of “Islamic sharia law it become another Afghanistan.

Author Tanveer Jafri is a columnist based in India.He is related with hundreds of most popular daily news papers/portals in India and abroad. Jafri, Almost writes in the field of communal harmony, world peace, anti communalism, anti terrorism, national integration, national & international politics etc.He is a devoted social activist for world peace, unity, integrity & global brotherhood. Thousands articles of the author have been published in different newspapers, websites & newsportals throughout the world. He is also a receipent of so many awards in the field of Communal Harmony & other social activities. (Email : [email protected] )

Lead by example, don’t also travel abroad for one month – Ab...
17 minutes ago