Barbarity In The Name Of Religion 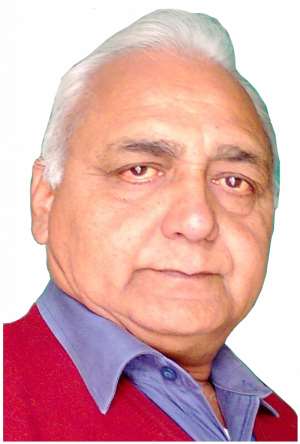 On March 19, a girl named Farkhanda (27) was burnt alive in Kabul by a bunch of Muslim fanatics who called themselves the custodians of Islam, and her charred body was thrown away in Kabul river. They claimed that the girl insulted the holy Quran by setting it on fire. On the contrary, the girl's brother Najibullah Malikzada and her father rebut these claims. Farkhanda's relatives say that she was a religious girl who performed Namaaz five times a day.

She also possessed a diploma in Islamic studies. Not only this, she also regularly used to recite the holy Quran and had high regards for the holy text. Therefore, they say, the above charge is absolutely false and baseless and Farkhanda had nothing to do with the incident of burning of the holy Quran. The UN in its report has found that Farkhanda was mentally unfit. This incident of brutal killing of Farkhanda by a mob of fanatics has sent shock waves across Afghanistan. The liberal section of Afghan society and the women have expressed indignation against the above incident.

Another sad aspect of this unfortunate incident was that the Afghanistan police personnel stood as mute spectators while Farkhanda was being hacked to death. Afghanistan's President Ashraf Ghani has condemned the incident and called it a barbaric act. He has ordered the constitution of a commission to investigate the incident. President Ghani also admitted that Afghan police which has played an important role in combating Taliban, is not trained enough to handle such incidents. He also accepted that the main focus of Afghan police remains fighting the Taliban, which is not their constitutional role.

According to sources, 21 people, including 8 policemen, have been arrested in connection with the brutal killing of Farkhanda. The fury of Afghan women against the incident can be gauged from the fact that they participated in the funeral procession of Farkhanda in large numbers and also performed her last rites. Otherwise, women are not even allowed to participate in any funeral procession along with men. They chanted Allah-o-Akbar during the procession and raised slogans against the murderers of Farkhanda, demanding the strictest punishment for them from Afghan government. This incident has also raised question mark over the capability and willingness of the police. It only shows that police is ill-prepared to handle such situations.

The incidents involving burning of the holy Quran and reaction of fanatics towards it have also been witnessed earlier in other countries as well. In 2012, such an incident in Bagram Jail, operated by the US, took a violent turn when the desecration of the holy Quran in the premises was reported. It led to violence across Afghanistan for the next five days, leaving 30 dead. Similarly in 2014, a Christian couple was brutally killed and their corpses thrown in brick kiln by a mob of Muslim fanatics in Pakistan, for allegedly burning the holy Quran and throwing it in the dustbin. This incident also created a lot of hue and cry.

Later on, it was reported that a Maulvi (cleric) had accused the Christian couple of this 'blasphemy' because of some personal enmity. Such incidents make us think that what right do these fanatics have to make innocent people the target of mob violence by falsely accusing them of such offences? Even assuming for a while that they desecrated the holy Quran, does the Islam permit such barbaric treatment of the people who insult the holy book?

Such mob violence by Muslim fanatics is not new. It has happened earlier too, sometimes for 'insult' of Quran and sometimes for the 'insult' of the Prophet Mohammad (PBUH). Certainly, the fundamentalists and radical elements among the Muslims are responsible for these incidents. They try to provoke and mislead their followers by delivering incendiary speeches and writings. Such nonsensical clerics might think that they are serving the Islam or paving the way to heaven for themselves by such hate mongering; rather these are the people who are bringing a bad name to the Islam by promoting such incidents.

This poisonous ideology led to assassination of Pakistan's Punjab governor Salman Taseer by his own bodyguard, just because Taseer favoured the removal of notorious anti-blasphemy law in Pakistan. Does Islam allow for the killing of the person whose security is your responsibility? Which religion the assassin Malik Mumtaz Husssain Qadri was following? And the most unfortunate moment came when he was welcomed with garlands by a group of headless fanatics, which included some advocates, on his first hearing in the court.

To stop such incidents, the Muslim clerics need to come together and preach tolerance among their followers. Even if such an incident of 'blasphemy' is reported from anywhere, it needs to be dealt through legal and constitutional means available via laws of the land. The Holy Quran is undoubtedly the most sacred text of Islam. Its insult results in anger among the Muslims. But the same Islam and the Quran also teaches humanity. They prohibit attacking the unarmed. Torturing women, burning people alive or their corpses is certainly not a part of Islamic tenets. Neither any Muslim nor a cleric could claim to secure a place in heaven by committing such heinous crimes against humanity. Such acts are completely against Islam and humanity!

The Clerks of Parliament walked me to my reserved seat in th...
38 minutes ago

You’ve always made me proud as your wife – Lordina celebrate...
55 minutes ago