Why The Fatwa Against Terrorism Is Ineffective? 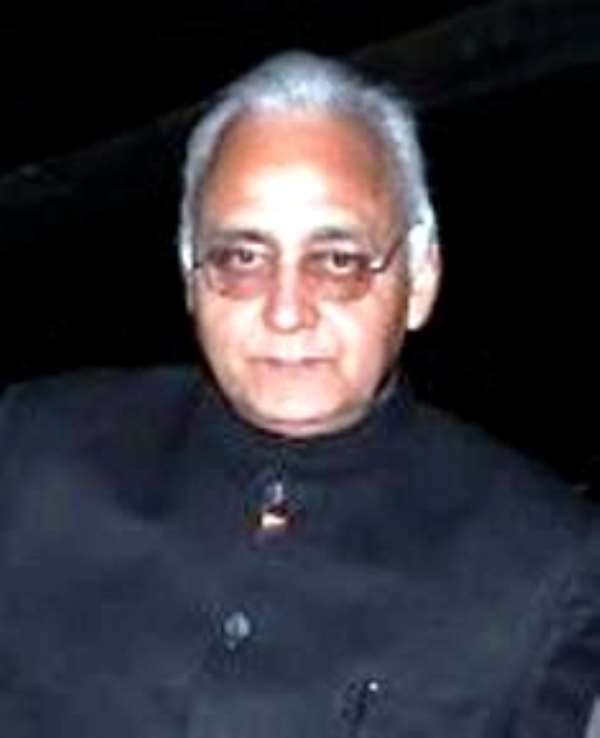 Whether we call it the West's conspiracy, Jihadi mission of extremist Muslims or a manifestation of regional problems, wherever any incident of terrorism takes place, first of all people think that the attack must have been committed by some Islamic Jihadist organization.

Such terrorists and the attacks carried out by them certainly provide an opportunity to the critics of Islam. In these circumstances, it is a major responsibility of Muslim leaders and clerics to work towards removing terror blots from the image of Islam. Probably, this is the reason that since last four five years, it's been heard that Islamic scholars have started issuing fatwas (decrees) against terrorism.

In India too, the organizations like Jamaat-e-Islami and Jamiat Ulema-e-Hind are in the forefront of issuing such anti-terror fatwas. Darul Uloom Deoband, considered to be the biggest Islamic education seminary, has also issued anti-terror fatwas. Recently, a three day World Peace conference of Jamiat-ul-Ulema-e-Hind was held in India. Islamic scholars from many countries including Pakistan, Bangladesh, Maldives, Britain, Myanmar, Nepal and Sri Lanka participated in this conference.

However, the main resolution was passed against terrorism. Terrorism, in all its forms, was strictly condemned during this conference and a fatwa was issued against it by all the present Islamic clerics. This was for the first time that Islamic scholars from India and neighboring countries shared the stage and a common view on a sensitive issue like terrorism.

All the participants admitted that terrorism is bringing a bad name to Islam and the Muslims. Indulging in terrorist activities is completely against Islam. Islamic scholar from England Mohammad Ibrahim Tarapuri was of the view that there is a need to put an end to prejudices in order to solve any problem. Mufti Rizvi from Sri Lanka said that terrorism is creating obstacles in development of the countries. On this occasion, Pakistan's famous Islamic scholar and political figure Maulana Fazlur Rehman, who is also the incharge of Pakistan Jamiat-Ulema-e-Islam, supported the fatwa against terrorism.

He also spoke about normalization of relations between India and Pakistan. He said that the leaders of both countries should resolve the Kashmir issue through talks, so that peace can be established in the region. Maulana Fazlur Rehman was of the opinion that if the two countries managed to resolve Kashmir issue, the root cause of tension and terrorism will be eliminated. Another Pakistani Islamic cleric Mohammad Saeed Yusuf also supported the fatwa against terrorism and said that to solve Kashmir issue, both the countries should talk to the religious priests so that the brotherhood between the people of different religions can be established.

The question is why the terrorism is becoming all pervasive despite all the fatwas being delivered against terrorism in India and abroad. Another important question is why the terrorism, especially in South Asian region, is influenced by the ideology of Jamaat-e-Islami, Deoband or Wahaabism? Even though Maulvi Fazlur Rehman from Pakistan spoke against terrorism at the World Peace Conference, the fact is that he has links with the madrassas in Pakistan, which are involved in spreading terrorist ideology and beliefs. Hafiz Saeed, the chief of banned outfits like Lashkar-e-Taiba and Jamaat-ud-Dawah, also subscribes to the same venomous ideology. Despite being declared a terrorist by the India and the US, he is addressed by Pakistan's TV channels as Aalim-e-din, Islamic scholar, religious leader and not as a terrorist mastermind.

While Fazlur Rehman, who subscribes to the same ideology, condemns terrorism in India, then what's stopping another Islamic leader Hafiz Saeed to issue a similar fatwa against terrorism in Pakistan? It is to be noted that in all the madrassas belonging to this ideology in Pakistan, the flags of Jamaat-e-Islami Deoband can be seen hoisted. Moreover, Hafiz Saeed's name figures on the American list of Most Wanted terrorists, accompanied by Taliban chief Mullah Umar, Al Qaeda leaders Abu Dua and Yasin Al Mansuri. All of them share a reward of 10 million USD each on their heads. Three of these terrorists are hiding in mountains and caves while Hafiz Saeed is the only such person who can be seen roaming and attending public meetings in Pakistan.

While Hafiz Saeed burns India's flag in Pakistan, tries to relate a political issue of Kashmir with Islam and Jihad, his friend Maulana Fazlur Rehman, while issuing anti-terror fatwa in India, also implicitly claims that root of terrorism in India lies in Kashmir. Hence, according to him, it is necessary to resolve the Kashmir issue at the earliest. But the fact is that the global terrorism and Kashmir problem are not related in any way. When people of this ideology blow up Buddha's statues in Bamiyan province of Afghanistan, is the Kashmir problem behind it?

When the places of worship of Ahmediyas, Shias, Sikhs, Hindus and Christians are destroyed in Pakistan, is it because of Kashmir? How is Kashmir related to the cold blooded murders of Salman Taseer and Benazir Bhutto? In the aftermath of this so called world peace conference, a church in Afghanistan was attacked by Taliban on Christmas.

Malala Yousufzai was almost killed just because she was motivating the Muslim children to get educated. How is that related to Kashmir? Are the attempts by the followers of this ideology to engineer riots on the streets of Bangladesh and assault the minorities there linked to Kashmir in any way? In reality, Kashmir problem is being used by these Islamist extrimists as an excuse to justify terrorism.

Use of terms like Jihad, Shaheed and Gazi and the lure of Jannat (heaven) and Hoor in madrassas has brought terrorism to such humongous proportions that these fatwas against it have become useless. It is highly unlikely that such fatwas will have any impact in the future.

More Feature Article
Modern Ghana Links
I bet the NDC founder, the late Rawlings, wouldn’t have voted Mahama!
An Affidavit Of Change Of Ethnicity
Barima Tweneboa Kodua I Speaks to Kumawuman from his Grave
Nana Addo is in a very serious conundrum on the COVID-19 protocols
The No. 1 factor for deciding on the next Ruling Government/ Political Party
Ghanaians Must Sign off JD Mahama’s Political Obituary On December 7, 2020!
"We Will All Maddy The Water" – Against Martin Amidu For The Agyapa Report?
A Quick Note To Brenda Thonsgaard Odhiambo - My Dear Texan Sister-In-Christ
Why Is Nana B Behaving So Unacceptably Lowly Like John Mahama Towards Martin Amidu?
Dossiers Quotes Coronavirus
TOP STORIES