Colonial Rule In Africa, Can Our Current Leaders Learn A Lesson From It? Part III 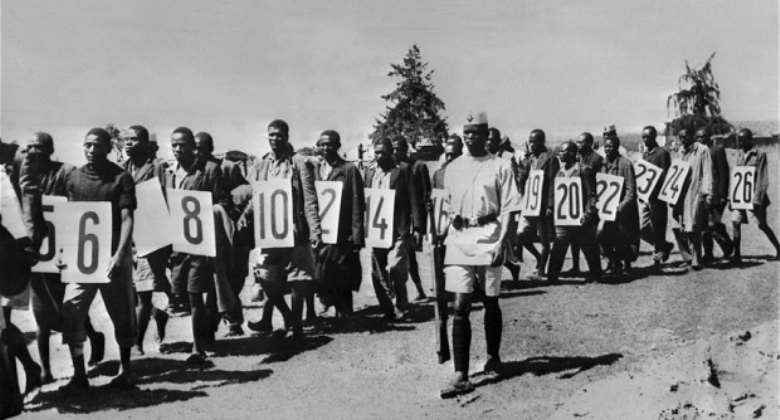 That colonial authority established became the foundation upon which new African leaders built their new national institutions. Roads, railroads, harbors, telephones, electric power, and water and sewerage systems were all built initially to service the white colonial community or to support the very small urban settlements. Africans acquired important skills by working for colonial bureaucracies. Later, their experience was important in helping to maintain these services during the often tumultuous period of political transition and afterwards. Fourth, the introduction of Islam and Christianity to African people greatly simplified African spirituality and created a new basis for Africans with diverse backgrounds to come together. Africans are a very spiritual people who believed in God and in life after death with ancestral spirits. It was unclear, however, what one needed to do in order to find salvation (defined as being one with God or being completely at peace after one died and passed on into the spirit world).

The role of ancestral spirits was extremely significant and called for continual, elaborate rituals to pacify or supplicate them. This kind of spiritual heritage, while satisfying emotionally and spiritually, did, in many ways, stunt the development of rational thought and science. Modern Christianity, despite its residual mysticism, was presented as a complete and self-contained package of rules and procedures. It defined in simple terms why human beings were created, the existence of eternal life after death, and how to live one’s life on earth in such a way as to be assured of a wonderful life after death. Embracing one of these Christian denominations, in exchange for giving up their spiritual heritage and practice, the Africans freed themselves substantially from the uncertainties of daily sacrifices, rituals, and cleansing ceremonies that were traditionally required.

The African was liberated from the belief that everything that happened to one in life was due entirely to the intervention of the spirits, a belief that required frequent consultation of the mediums in order to determine what one had to do to pacify those spirits and was also exceedingly fatalistic. Inherent in this liberation was the notion of individual salvation. Although these foreign religions required their adherents to evangelize and win more converts to their beliefs, ultimately the individual was saved or damned on the basis of what he or she did or did not do in following the doctrines of the various faiths. This individualism, of course, undermined the collective ethos and the social fabric of the African traditional community, yet it also made individual progress and personal growth possible. Christianity and Islam also created a new basis for community organization and networking. And these religious organizations worked to improve living conditions of people in many areas. They promoted literacy, health care, and self-help. They created a new basis for Africans to come together and assist one another as they had traditionally done.

Fifth, by imposing arbitrary boundaries on the African people, countries were created with the stroke of a pen. Colonization may have shortened considerably the process of state formation in some areas. In past eras, states were formed slowly and painfully, as powerful leaders’ waged wars and annexed their weaker neighbors. There is ample evidence of military annexations having occurred in Africa and certainly elsewhere in the world. Since independence, some African states—Somalia and Ethiopia, Kenya and Somalia, Libya and Chad, Morocco and Algeria—have fought with each other over inherited borders. There have been brutal civil wars in Nigeria, Sudan, Somalia, Sierra Leone, Liberia, Democratic Republic of Congo, and Côte d’Ivoire, to name a few. African leaders hesitate to put the issue of colonial borders on the agenda. It would open a Pandora’s Box. If further flare-ups do not occur—which does not seem likely at the moment (2008), given the escalating crises in Rwanda, Zimbabwe, Darfur, and Chad— thereby saving the African people more pain, suffering, and death, colonialism can claim some credit.