The Hypocrisy In Ghana Is Too Much, Should Kennedy Agyepong Be Blamed? 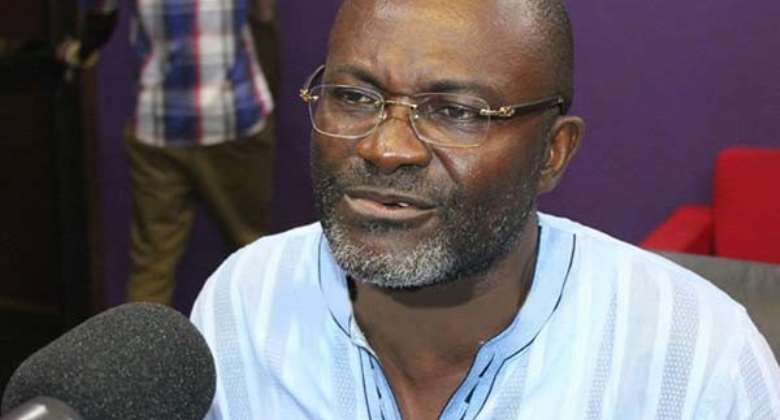 We have on so many occasions given secret sweet words of encouragement to people who have used uncalled for and undeserving language against people particularly,our opponents in this country.

Political Personalities have been ridiculed ,mocked and words of insults have been used against them but no one has had the effrontery to comment on it and to even judge its wrongness.

Where are the so- called women and gender activist when some people made disparaging comments that Nana Addo Danqua Akufo Addo killed his wife?

I guess these activists have forgotten he was a human too .

I guess these people calling Kennedy Agyepong names were out of the confines of the country when such a comment was made.

What isn't hurtful about such a comment?
That was such a sickening comment yet these people speaking against this current issue did not speak against it .Because it favored them politically right ?

Political leaders and all those people who are saying we must put Kennedy Agyepong to order were quiet.

The National Peace Council didn't respond.
Nana Oye and Betty Mould Iddrisu who spoke on this matter were all quiet .

Was such a comment different from what Kennedy Agyepong said ?

Get me right ,this piece is not to praise Kennedy Agyepong for his unpalatable comment.

I would be the first to speak against it but the hypocrisy in Ghana is too much for people to judge his comment.

Yes!! The Hypocrisy is too much to judge him.
Let him be!!
What did we say when Halidu Haruna said unmarried women above 30 years are all prostitutes ?

Didn't people praise him because it served their political agenda to silence feminine celebrities from engaging themselves in matters of public interest affecting them and people around them?

When Yvonne Nelson decided to organize her Dumsor Must Stop action walk,do we remember comments that were made against her by communicators of the governing party?

Where were our loud speaking activists and so called women embarking on demonstration against Kennedy Agyepong's comment ? Is she not a woman too ?

Until the hypocrisy stops, people would continue to make such comments and people that such comments favour would glorify and praise such people and their insensitive remarks while those these comments victimise would make noise over it

I might side with Lydia Forson in part concerning her piece on her Facebook wall. Yes I might, because the hypocrisy from us is too much.

Until we stop the hypocrisy and condemn any comment that is wrong as wrong notwithstanding the political benefit or whatsoever to us ,such comments wont end.

Yes it won't .
It won't end because any time such a comment is made against someone, the other will rebut and this continues.

Until that is done we can't judge people who make such comments.

Until that is done ,don't point fingers at Kennedy Agyepong .

Don't, because when others said it we glorified it ,why not glorify this too or is it because its against a high profile personality?

The hypocrisy must stop. When the hypocrisy stops ,Ghana can be free from such comments and we will have a peaceful country free of insults in our political setting.

Written by Richmond Asare Tinkaro ,former NUGS President for University of Ghana and a concerned citizen interested in political and international issues