AFRICA MUST CUT DOWN ON SUGAR CONSUMPTION, FOR BEING POISONOUS AND TOXIC 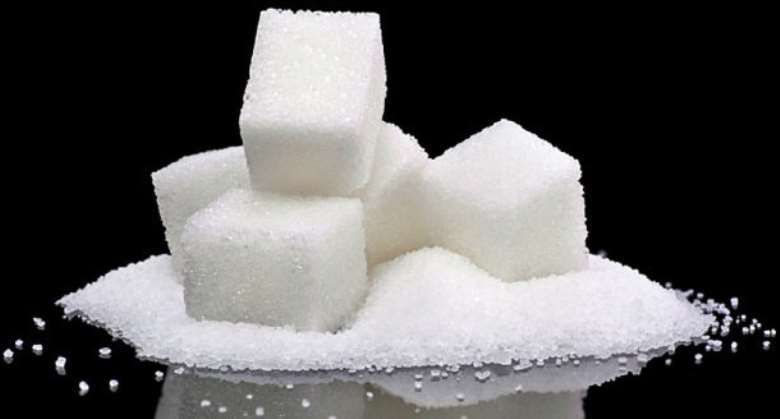 If we consider tobacco and alcohol as poisonous substances then we must add sugar to the list of deadly food items. Academics are alarmed about the dander being posed by sugar to our health. This has led to worldwide campaigns leading to researches being published worldwide

An article was first published in the United States of America on April 12, 2013 and has been republished after academics warned that sugar has become as dangerous as alcohol and tobacco.

Only a few of us get through the day without adding sugar to our daily diet. We have become sugar and toffee addicts, drawn to the taste of sweetness like bees to honey. Perhaps you, while reading this, are reaching – almost unwittingly – for a chocolate bar to eat. Hold it. No one says chocolate is not good but you are advised to find out about the sugar content in it before chewing it.

Take heart. Around the world, a growing body of expert opinion – the 'No Sugar' movement – is leading a global fight back and warning that our sweet habit is completely out of control, and unless we wise up and quit en masse, we don't just risk personal obesity and disease, but a threat to our productivity and economies.

The movement is led by Robert Lustig, professor of paediatric endocrinology at University of California, San Francisco, author of Fat Chance: The Bitter Truth About Sugar, numerous scientific and press articles, and presenter of “Sugar: the Bitter Truth”, a YouTube clip viewed more than 3,300,000 times. But 'No Sugar' proponents also include Australian writer David Gillespie, author of Sweet Poison and the new Sweet Poison Quit Plan, just out in the UK, as well as actress Gwyneth Paltrow, who reveals in her new cookbook It's All Good that her family are not permitted to eat any refined carbs (let alone sugar), and even Andy Burnham, the Opposition Health Secretary, who called in January for high-sugar children's foods such as Frosties and Sugar Puffs to be banned by politicians.

Lustig leads the field with his warning that not all calories are equal, because not all monosaccharide – the simplest forms of sugar, the building blocks of all carbohydrates – are equal.

At a basic level, sucrose, or table sugar (which is made up of equal molecules of the monosaccharide fructose and glucose) is not metabolized in the same way that a carbohydrate such as flour is.

He explains: ''An analysis of 175 countries over the past decade showed that when you look for the cause of type 2 (non-insulin dependent) diabetes, the total number of calories you consume is irrelevant. It's the specific calories that count. When people ate 150 calories more every day, the rate of diabetes went up 0.1 per cent. But if those 150 calories came from a can of fizzy drink, the rate went up 1.1 per cent. Added sugar is 11 times more potent at causing diabetes than general calories.

SUGAR AS TOXIC
Emerging research in Canada suggests that sugar may be linked to deadly diseases, but Health Canada's current food labeling regulations make it tough for Canadians to get an easy picture of how much of the sweet substance they are consuming — and it doesn't look like that's going to change any time soon.

The groundbreaking and controversial research explored by the CBC's the fifth estate in its season premiere links sugar to diseases ranging from diabetes to cancer and Alzheimer's.

“Sugar is toxic beyond its calories,” Dr. Robert Lustig, an expert on childhood obesity at the University of California, San Francisco, told the fifth estate's Gillian Findlay.

Watch The Secrets of Sugar on the fifth estate on CBC-TV tonight at 9 p.m.

While Canadians have become used to warnings about the dangers of consuming too much fat or salt, nutrition labels on food have never included recommended daily limits specifically for sugar.

Health Canada does not have a recommended limit for how much sugar Canadians should consume in a day.

A representative of Food and Consumer Products of Canada, an industry organization that represents the largest food companies in the country, says it sees “no need” for a recommended daily limit on sugar intake.

Research findings worldwide as narrated above are enough to get our governments in Africa and researchers and doctors to sit up. They must put their heads together to let the entire nations of Africa know the truth about the damage sugar does to our health and economies. Let us know the truth in order to discourage families from dishing out lots of sugar based foods to our children and the entire populations.

Let’s avoid violence, anything that will tarnish image of NP...
2 minutes ago