Let's deal with the fire outbreaks in our markets 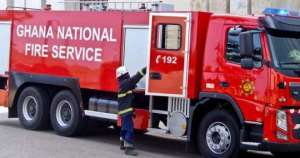 Fire outbreaks have been with us over the years especially in our markets. However, of late we have been experiencing fire outbreaks in many parts of the country almost daily.

The latest market outbreak was at the Kaneshi market which destroyed a large part of the market. However, this followed fire outbreaks in Kantamanto, Koforidua markets Kwame Nkrumah circle, and some towns in the central region, among many areas in Ghana.

The Ghana fire service which is responsible for putting out these fires is yet to provide the true causes of the fire outbreaks.

However, the officials of the organization blame it partly on illegal electricity wiring in our markets. This allegation is so serious that it has to be investigated by the Electricity Company and to deal with all those responsible in the markets.

Some members of the public blame the incidents on the activities of arsonists which is yet to be affirmed. Currently, an alleged arsonist Komlah Dah 41, has been arrested in Ho in a joint team of Police and Intelligence operatives on December 18.

The accused said to issue a threat of fire outbreak in Accra, has been arranged and granted bail before an Accra circuit court. Apart from arson, some people say the fire outbreaks are due to poor handling of electricity, naked fires, and gas in the markets.

Other people feel that our markets are poorly planned to the extent that stores and sale points that are too close to each other can be the cause of fires.

It's interesting to note that most market fire outbreaks begin at night while the occupants of the markets have left for their homes. That being so there is the need for managers of the markets to mount heavy surveillance on the markets over and above what they do currently. Almost all the markets must be reconstructed to take care of the avenues for possible fire outbreaks.

As the fires are ragging many market men and women have lost their cash and wares to the fires. They are now appealing to the government to come to their aid.

The government has responded to their call with the visit to the ravaged Kantamanto market by the vice president Dr. Mahamudu Bawumia. He has affirmed the government's intention to compensate them for their losses.

It is believed that not only those affected by fire OUTBREAKS in the Kantamanto market would be assisted. Those affected in other parts of Accra deserve some assistance. This is not an easy task. The government would have to delve into the taxpayer's cash to help these people. It's right for the government to do so.

However, the government must collaborate with building experts to refurbish all our markets regularly to avoid regular fire outbreaks. It's also important to consider placing all our market shops under insurance cover to take care of disasters in the future as government cannot continue to go to the aid of the market men and women any time fire breaks out in the markets.

Our security system must also do well to ward off any possible criminal acts of arson in our markets that might responsible for the daily fire OUTBREAKS. Although fire is supposed to be a good friend of men in cooking and other do mestic and industrial activities it would turn out to be our enemy if not handled well.