Wereko Brobbey Has A Problem With Common Sense 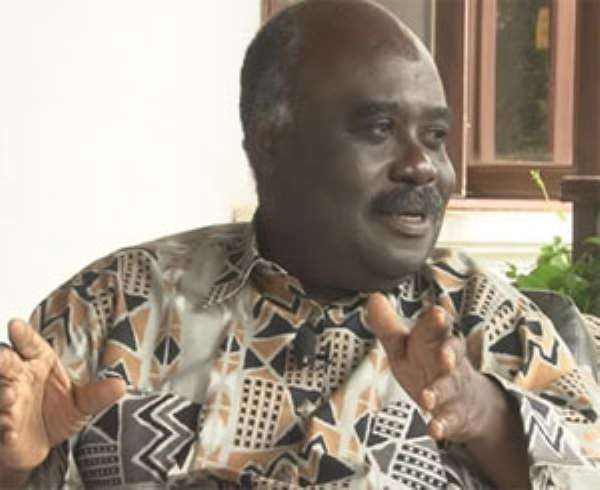 Since the NPP took the collective decision to contest the 2012 elections at the Supreme Court, one person who has continuously demonstrated that he is not a team player and acting very awkwardly and strangely through his write ups in the media is Dr Wereko Brobbey of the United Ghana Movement.

My information is that, he is also a member of the highest decision making body of the party, the National Executive Committee (NEC). What this means is that, he has been part of most of the decisions that the NPP has taken and continue to take before, during and after the December elections.

My personal problem with this man is his difficulty to usually go by decisions of the NEC of which he is a member. What he has been doing can effectively be described as a gross misconduct and the time has come for him to be reprimanded for some of his loose talks and write ups which are doing the party no good at all.

Listening to him speak whenever he is being interviewed, the conclusion I always draw is that he has a problem with common sense. Let me explain; it is common sense that if you are part of an organisation and it takes a decision, in the name of collective responsibility you are expected to abide by that decision even if you do not ordinarily agree with it.

You can't be part of NEC and yet always run to the media to complain about decisions of the party and claim you are a nephew of the late Victor Owusu and so what?

If you had or have any problem with the party you needed to either raise it at NEC or follow the grievances procedure of the party. If you do anything contrarily, expect to be told that the NEW PATRIOTIC PARTY is bigger than any individual.

And to AFAG you are also not bigger than the NEC of NPP. Your statement in the media about the boycott of the ministerial vetting by the minority in parliament was baseless and unnecessary, I mean absolute unnecessary. Let us fight together in unity and not through these double standards.

To those already talking of contesting elections in the party when our current pre-occupation is the Supreme Court case, you are warned! Don't peak now or time will catch up with you.