Will The Choice Of Prof. Jane Naana Increase The Fortunes Of The NDC In December? 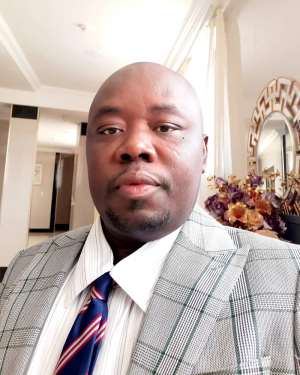 The announcement of Prof. Naana Jane Mensah as the running mate to John Deamani Mahama has been met with various reactions from the public. The question however that needs to be answered is whether her appointment will have any significant impact on the fortunes of the NDC in the 2020 general elections.

There is no doubt at all that Prof Jane has achieved enough for herself in her endeavours and I'm not going to score her Zero on that. What I am however very sure of is that she did not impress most Ghanaians when she became the Minister of Education under the John Mahama administration.

She came up with some of the most unpopular and obnoxious decisions as a Minister of Education. It was wrong for allowances to trainee teachers to have been cancelled under her watch. It was also wrong for most teachers to have been denied their salary arrears for which they taught. It was totally unacceptable for schools to lack basic tools such as chalks during her tenure as the Minister of Education.

It is a myth in my view for anybody to think that just because Prof Jane is a woman, she will attract all votes of women in Ghana to the NDC. This will be a dwarf's dream.

In the NPP, for instance, we have our women who will always vote for the party. Is anyone saying the choice of a woman as Vice Presidential Candidate by the NDC will suddenly make all the NPP women to now vote for the NDC?

I believe that issues of policies and track records would count much in the December elections. A woman is just another Ghanaian.

The John/Jane team should tell us the policies they are taking to the December Polls for which they would expect Ghanaians to vote for them. They should also let us know their track record when they were in government, aside from the artistic drawings in that Green Book.

I come from a region in which the predominant occupation of the rural inhabitants is Agriculture. It is unimaginable what the planting for food and jobs policy by the Akuffo Addo-led government has done in the lives of these farmers. They not only received tractors but also had up to 50% cut in fertilizer prices. No wonder there was a bumper harvest that enriched the farmers in recent times.

The irony is that whilst the John/Jane team forcefully removed allowances to poor trainee teachers when JDM was President and Prof Jane was Minister of Education, the Nana/Bawumia team rather restored this to the trainee teachers the very year they took over the governance of this country through the ballot box.

The summary is that it is good to pick a woman as a running mate; it will at least add to her CV. The truth however is that Ghanaians will vote based on policies and track records and not through the choice of a woman as Running mate to a Presidential Candidate who is struggling to articulate his vision and policies for a major election.

The NDC can not win any debate against the NPP in the area of a political party that has given substantial recognition to women in Ghana.

The Chief of Staff of Ghana is a woman; the first since Independence in 1957. The first woman to ever had the opportunity to have been made Chief Justice of Ghana had the opportunity through the NPP. There are more women holding positions of substance comparatively in Ghana now than was witnessed under the government of John Dramani Mahama.

The NDC should be the last to want a debate on the firsts and recognition of women in Ghana; they will be defeated before the bell goes on.

In a nutshell, the choice of Prof Naana Jane Mensah as a running mate to John Mahama adds nothing to the fortunes of the NDC in the upcoming elections.