Is the culture of silence emerging in Ghana again? 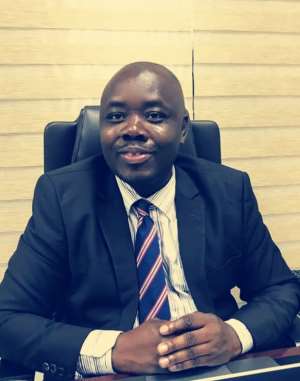 I have heard and read about insinuations that the culture of silence has returned, or is returning to Ghana. This argument is based on the premise that when a Journalist or a supposed opponent speaks against the government, a supposed group of social media commentators descend heavily on them and take them to the cleaners.

The fact that there is an assumed group of attack dogs to descend on Journalists or other alleged opponents who express dissenting views in itself is evidence that there is rather a profound culture of loud noise in Ghana, or if you want, freedom of expression.

The claim that Ghana is returning to an alleged Culture of Silence is in my view, an exaggeration meant to achieve a political effect. Some people want to be the only ones doing the talking; any dissenting voice means a Culture of Silence.

If one feels maligned or abused by anybody, be it an attack on a Journalist or any other person, and there is harm or defamation, what needs to be done is to take either civil or criminal action against the offender rather than throw allegations of fathom culture of silence about.

We cannot suddenly want to appropriate to ourselves, a non-existent Culture of Silence in Ghana and care less about its global effect on our country.

The condition that existed in the era of the Culture of Silence does not exist in Ghana today. Ghanaians do not disappear after expressing their views; they go home to sleep on their beds.

Journalists and other social commentators cannot live with the mindset that they can say or write all the things they want, and when there is an opposing reaction from others to their views, then they give it a name to make our situation look deplorable as a country.

I have been in the media space for over two decades and practiced journalism in this country during the era of the culture of silence. I know how difficult it was for one to express himself or herself in the media space and I can say confidently that there is no culture of silence in Ghana at this time. Culture of Silence is not just a cliché; it was coined those days to describe the state of affairs in the country.

We rather have the highest proliferation of the media in Ghana now and people do not hesitate to talk when there is the need to.

It looks like some have enjoyed the freedom to the extent that they do not even want to follow basic regulatory and operational requirements, and when action is taken to ensure compliance, people describe it as a Culture of silence.

Allegations of a culture of silence in Ghana at this time is a myth; it is does not exist. In fact, it only exists in the minds of some people who are allergic to opposing views. It can also be said to be an elaborate exaggeration aimed at raising a false alarm where there is none.

In as much as I expect everyone to express themselves without fear, we must also ensure we do so in a decent manner devoid of personality attacks. Let us nurture our democracy and learn to be more tolerant to opposing views on issues of national interest.