Can We Reduce The Cost Of Senior High Education To Parents? 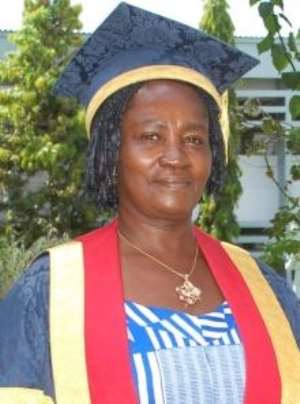 I am tempted to see the frustration of the acting minister or is it rather the caretaker Minister Of Education when he gave the directive that Heads of Schools should not collect tuition fees from final year students for the third term of the 2012/2013 academic year.

My inclination to share his worry is that he just expressed a worry of many parents who have to hit hard at the rock to get something to finance their wards' education in the Senior High Schools.

Truth be told, it looks as if the cost of financing a child's education in the Senior High School is becoming unacceptably exorbitant for parents. As a tutor in a senior high school, I am a witness to the hardship that students go through daily in accessing Senior High education.

Mostly, you will find that most parents are at their wit end in meeting the challenge of financing their wards education that they have become indifferent in their responsibilities to their wards at the schools.

Parents have resort to giving only what they can give-per their economic circumstance-to their wards as transport fares and pocket money.

They tacitly have made their children to accept that they have to pursue their education through their own efforts. As for parents' attitude to paying of their wards' fees, the least said about it the better. Most of the time, students are perpetually absent from class because they have been sacked for fees.

Some students are forced not to write end of term examination because they owe fees. It is sad for me to say that some girls in the Senior High schools are lured into illicit affairs just to make up for the support they couldn't get from their parents.

It is this sad reality in our schools that makes me share the frustration of the Minister. But I must say - on a second thought- that the Minister's call was rather nebulous.

My first reason is that although it makes sense not to task parents to pay fees for the third term when the students are expected to have completed the school by then, his call was too late because some schools had already made students to pay some fees covering the term he was talking about.

My second disappointment with the Minister's call is that although students pay some fees in the schools, students do not pay tuition fees which his directive seemed to target.

The fact of the matter is that although I agree with the current president in his insistence then in the debate before the election that he would go for continuing with the vision of strengthening basic education before extending the gains made in that level to the Senior High Level, I believe the president will do himself good if he would make some efforts to eliminate some of the cost that the ordinary Ghanaian bears in educating his or her ward in the secondary schools.

I believe a sincere attempt by a Minister of Education to sympathy with parents on the challenges they face in educating their wards shouldn't be giving populist laden directives on the air but the Minister must organize stake holder meeting to look at these fees charged by these schools to see if there can be some pruning of the items on the bill to accommodate the feelings of the ordinary Ghanaian who foot these bills for his ward.

Stakeholders who meet in this respect must know that times are still hard for most Ghanaians. The state may not be able to afford free S.H.S education in it true sense for all for now but we can work towards bringing the cost down to the ordinary parent. It looks as if there is too much arbitrariness about what goes into the bills of S.H.S. It looks as if Heads are at liberty to put anything on the bill in the Senior High schools.

This should not be so since the schools are public schools. I suggest the new Minister of Education will play effective supervision on deciding on what goes onto the bills of S.H.S to protect the ordinary citizen of the country.

Is it not for this reason Government absorbs tuition fees and among other things supply free textbooks to students and also gives grants to schools to run the schools?


Even as we call on the government to help make Senior High education affordable to all, the government must still continue with its previous efforts to achieve the constitutional demands of ensuring that we achieve Free and Compulsory Basic Education for all, possibly, by the end of his term.

The government must continue with providing access to education: That includes removing the rest of the schools found under trees. It must also continue to provide free textbooks and exercise books for the children at the basic level.

With the school feeding programme, the government must make sure it concentrates the programme at the most vulnerable areas of our society.

Finally, there is no gainsaying that to have the good results we desire in our educational system, the teacher's role cannot be overemphasized.

We must continue to find better remuneration and incentives for the teacher to motivate him to give his best. Meanwhile, effective supervision would be needed in getting the teacher to work.

There should be regular in –service training for teachers to equip them with modern skills and knowledge relevant to our current educational needs. I wish the president and the new Minister Of Education well in their efforts to make some positive gains in our educational sector in this four-year term.