Is the Cost of Innovation Falling? 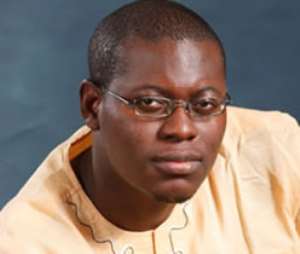 The answer to that question has dramatic consequences for low-GDP countries and small businesses everywhere. If the cost of innovation is falling, that should enable more of it from poorer countries, companies or cooperatives. If it's not, the already big and already rich will dominate innovation.

Those who say the cost is dropping often point to the dramatically falling costs of computing power. They then generalize from there to show how cheaper innovation has enabled tiny research centers to pack more punch than the most massive laboratories of yesteryear. Consider the recent phenomena of shoestring 3D design labs or the biofabrication labs at MIT, which are taking the plunge into synthetic biology with far fewer resources than the genetic engineers at government labs.

The nay-sayers, on the other hand, can cite the passionately defended view of the pharmaceutical industry that the cost of discovering innovative disease-curing molecules has been rising crazily — the basis for perennial campaigns for stronger intellectual property rights to safeguard pharma investments. Some of this may just be the product of the high regulatory costs in pharmaceuticals, but research by Harvard's F.M. Scherer and others shows that the cost of picking innovative drug candidates is also rising considerably in the pre-clinical research phase, before the hand-wringing regulators get involved.

Another domain of innovation that buttresses the argument that the cost is rising is energy storage research, a field with massive transformative potential. New breakthroughs here are increasingly more expensive than what preceded them.

Part of the issue here is lumping together incremental innovation with disruptive innovation. Most innovation is the former, and is often little more than the clever replication or reproduction of what were once breakthrough, thus disruptive, innovations.

This confusion is most apparent in the area of software, where very often the hard transition from the prototype (often little more than a rough idea) to the stably implemented mass-user system tends to be romanticized away. Yes Google's PageRank may have originated in a student academic paper, but what has kept it ahead of the likes of Microsoft has required millions of dollars and significant expertise to formulate. It is after the consolidation of this stable kernel that the cost of adding new enhancements, and serving new users, progressively begun to fall to zero. In fact, the costs of developing seminal software algorithms continue to rise, too.

Similar dynamics seem to apply in institutional and business model innovation. Research by Ernst & Young shows that the median size of investments in start-ups keep expanding over the years, beating inflation and the normal pace of economic growth. At the same time, startup failure rates continue to accelerate. Both these trends support the notion that the costs of successful business model innovation are rising over time. Business-model innovators do at least often have the benefit of other folks' expensive mistakes. Whilst technical innovators can hide behind trade secrets and patents, institutional innovators are condemned to test and develop their ideas in public. Thus successful institutional innovators are able to ride on the massive investments of their hapless predecessors

Put all this evidence together, and the innovation landscape looks like this: Technical complexity, social risk management (including lower tolerance for unintended consequences), diminishing returns, and talent challenges have all combined to raise the cost threshold of breakthrough innovation, even as downstream the costs of proliferation — reproducing, replicating, diffusing, disseminating, and indeed hacking innovation — have decreased. Think about the massive investments being made in innovation and R&D in the newly rich countries of Asia, like Singapore and China, and their struggles to produce truly groundbreaking innovation, and you will see the principle described above at work.

The synthetic innovator experiments with combinations of these outputs, using them as inputs, thus increasing her chance of hitting on a synergy no less disruptive than an actual breakthrough innovation, but significantly cheaper. Synthetic innovations are disruptive precisely because they are mongrels. They break down longstanding barriers across industries that incumbents invest a lot of capital to erect.

An example: delivering paid sports content over a 4G network with segmented advertising that is both location-dependent and paid for through betting is a breakthrough idea yet to be delivered in any market. But when it does come, it will not demand costly breakthrough innovation either in wireless technology or digital marketing. But it could nevertheless break apart the online casino and emerging wireless content industries in places like South-East Asia.

Another take: consider Emotiv's quest to make brain scans a mass consumer product. The company is taking advantage of the disruptive results of new EEG technology research. But it's not stopping there. Emotiv is also using the once disruptive idea of crowd-sourcing, experimenting with using a distributed model of their brain scan technology to trigger new ideas in other companies. So that, say, massage therapists can enrich the experience for their clients.

Emotiv's kind of synthetic innovation is not defined by its affordability to marginalized consumers, or its suitability for low-resource or highly constrained markets — in other words, it's not "frugal innovation." Rather it is hallmarked by its emergence through experimentation with cutting-edge inputs made affordable to the innovator/investor because of the falling costs of replication.

This model of innovation implies that the costly, complex managerial and technical resources needed in conventional innovation are not always required. The paramount resources become the ability to spot the right inputs for intermixing, the will to experiment, and a culture of openness and humility about the very essence of innovation (including a greater desire for new kinds of partnership). For example, Emotiv believes that most traditional licensing approaches will not suffice for its "mass-enablement strategy."

The skill, as indicated above, lies in developing the vigilance to identify innovative outputs that might become useful inputs, and the vision to design technical and business model experiments that turn out winning combinations.

That is the challenge facing leaders of small businesses and countries keen to beat the "innovation poverty trap." It is very much a challenge of leadership, and calls for attention to that wisest of leadership maxims: fortune favors the prepared.

BRIGHT B. SIMONS
Bright B. Simons invented the SMS shortcode system for authenticating pharmaceuticals, and currently leads the effort by the company he founded, mPedigree Network, to deploy the system across Africa and South Asia. He is based in Accra, Ghana.

Your attack on our 'cease and desist' letter strains free ex...
32 minutes ago