Why "Green Fossils" Matter So Much To Africa's Energy Future 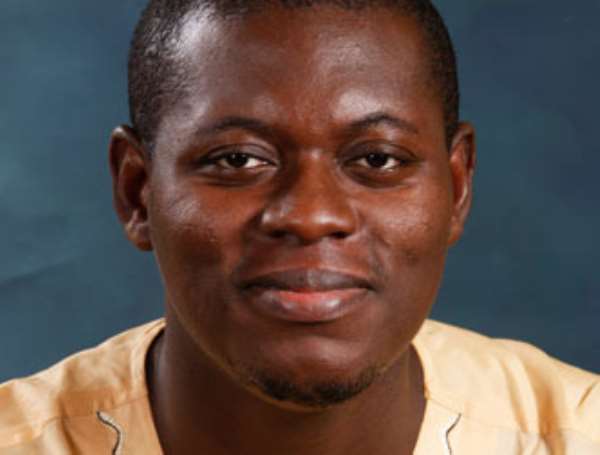 The social and demographic policy dimensions of the strategic energy choices facing Africa are crucial.

The argument usually begins with a static description of the rural character of much of Africa, marginalizing the importance of the continent's status as the fastest urbanizing region of the world. Thus when it moves on to highlight the costs of extending the grid to these sparsely inhabited rural backwaters, it fails to realize that the same economic forces driving up demand for electricity are also inducing strong urbanization.

Furthermore, the higher compression of households into shared spaces in these fast-forming urban enclaves, sometimes resulting in slums, reverses the density argument. In this fresh light, the relevance of centralized grid infrastructure as a means of distributing energy loads becomes more, not less, pronounced over time.

There would of course always be outliers like Ethiopia, but there is much wisdom in taking on board the view of African urbanologists, such as AbdouMalik Simone, who argue that the continent's urban dynamics have been poorly appreciated. Indeed, until Ghana's recent census established the urbanization rate at 51%, the 44% rate recorded in 2001 continued to be the preferred reference point for development debate.

On the fiscal policy side, some have argued that concerns about renewables do not take into sufficient account the distorting effects of current subsidies and tax relief granted to conventional, particularly fossil, power sources. These same levels of subsidies granted renewables, they argue, could rebalance many equations about cost.

Unfortunately these arguments rarely acknowledge the need to contextualize the cost of administering these subsidies in the current regime of centralized government-dominated power generation and transmission. If these administrative costs were to be transferred to subsidy regimes designed for the renewables sector, decentralised and dominated as it is by private and/or small-scale actors, those costs may actually prove more unwieldy. This is probably the driving force behind the UK Government's decision to cut its core financial support to renewables by about 25% from next year, even though it acknowledges that growth in solar capacity in particular could taper off (hitting zero in some scenarios) to the 'benefit' of gas-fired thermal power.

The Crux of the Matter
In the view of some critical observers, the biggest constraint of renewables in Africa is in their very essence. The natural characteristics of renewable power sources like solar and wind, including their transience, make their integration into grids of any significant size a more technically complex affair. It also severely complicates their maintenance when used for off-grid applications because the logistical chain for the storage systems they require are non-existent now and costly to put together, regardless how quickly and by how much the cost of the devices themselves fall. These logistical complexes are what may be referred to as the service infrastructure for renewables.

It is actually very surprising how little attention those proposing to displace conventional fuels with renewables in Africa's energy mix have paid to this most fundamental of constraint: for renewables to be deployed at scale, one needs to systematically address the transience and fluctuation issue, which can only be done effectively when fairly sophisticated conventional grids already exist.

This reality becomes obvious when one looks at the fairly mature renewables markets in Europe and the US.

The most rigorous estimate suggests that the average annual load factor of the UK wind power system is about 27%. This means that if energy is required on a constant basis then the system needs to be backed-up by conventional sources of power 73% of the time, and there are days when the back-up system is required for more than 90% of the time (In Germany, the industry association insists that renewables uptime averages 10%).

Because the energy flow is not just non-constant but also erratic, the back-up systems also need to be extremely sensitive and capable of ramping up from shut-down to fully-on within a very short period of time to prevent grid instability and even collapse. Indeed, without sophisticated integration systems, it becomes impossible to manage these hybrid infrastructure and still achieve the emissions reductions promised by renewable energy technologies.

The same considerations apply to energy storage technologies. Many fuel cell technologies are actually based on petrochemical substrates. For example, the US Department of Defense has a major program in methanol-based fuel cells. Methanol is usually produced in huge quantities from natural gas. Advances in fuel cell technologies are critical in supporting the integrated grid systems, with their peak-load management and mitigation capabilities, and without which integrating renewables into the energy mix will be a much more expensive and painful affair than often supposed.

Here is where the whole discussion then takes on an interesting twist. Africa's ability to transcend its current energy hurdles is going to rely on its ability to deploy the most cutting-edge fossil fuel technologies possible, especially of the natural gas variety, or 'green fossils' as a cynic might put it. In fact the continent's ability to deploy renewable energies effectively is premised on first fossilizing its future in a clever, transformative, way: i.e. hacking the old conventional energy infrastructure in order to achieve exotic results.

But rather than anxiety, the vital need to upgrade the conventional energy infrastructure prior to a credible adoption of renewables as a mainstay in the energy mix can be viewed instead with intrigue for the opportunities it presents. It allows the reconciliation of Africa's steadily expanding oil and gas industrial ambitions with the twin goals of energy security and environmental sustainability. After all, fossil fuels are not just required for direct energy production, but also for a whole host of chemical applications such as fertilizers, pharmaceuticals, paints, plastics, and cosmetics (including even Vaseline) that are considered vital to Africa's industrial future.

Even better, then, that on both cost and environmental grounds, neo-conventional energy technologies, especially of the natural gas variety, are showing remarkable trends. While the ESMAP paper cited above suggests annual cost declines of 7% for gas turbine technologies, case studies from industry suggest a rate of cost decline at least double the ESMAP figure. Last year, for instance, Siemens unveiled the SGT5-8000H. The gas turbine weighs less than a Boeing 747 and is 1/6th the length. However, this miraculous piece of engineering can supply more than half of sub-Sahara Africa's biggest city, Lagos' current electricity supply, while cutting emissions equivalent to 40,000 tons of CO2 per annum.

The only thing Africa needs to worry about is how to get its engineers outdoing the likes of Siemens as soon as practicable.

Bright Simons is a social entrepreneur and public interest researcher. He invented the mPedigree anti-fake drugs system (www.mPedigree.Net), and is a Fellow at IMANI, a think tank in Ghana.

Ghana must not be caught pants down in future, let's find av...
48 minutes ago

Sputnik V saga: ‘Why should I be a subject of ridicule for b...
55 minutes ago