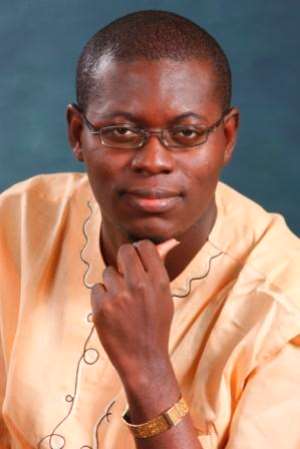 Your Excellencies, the European Union,

We bring, from the awed continent of Africa, presents. Gold, myrrh, and frankincense, we pray thee, accept. Since your rise to the Peace NOBELity, your glory in our eyes has tripled sevenfold.

Our fingers tremble with eagerness to sign all your “Economic Partnership Agreements”, which your wise druids concocted with our welfare deeply at heart.

The sagely Norwegians, custodians of Peace NOBELity, though they themselves have not yet been found worthy of your great Union, spoke through the eminent Geir Lundestad, Permanent Secretary of the great committee that bestows NOBELity thus: “we have finally been able to recognise the contributions the EU has made over six decades to peace, democracy, reconciliation and human rights”.

He went as far as to attribute what democracy exists today in Turkey to you, Your Excellencies the EU. All of you, Germany and Greece included, of course.

He remembered to praise you for the EU's contributions to the collapse of the Berlin Wall; the pacification of the Balkans (nothing to do with American bombs, as we all know); the transformation of southern Europe; and the absorption of those countries which once were shut behind the iron curtain. What a memory!

But enough of Norwegian adoration; the purpose of this letter is to bring to you congratulatory tidings from the continent of Africa!

Once again: salute! We praise your Foreign Aid, which you disburse with great magnanimity from your individual and collective troughs to meet our many needs; our endless needs, which, with your sagely guidance, we list from year to year in search of unending relief.

Every society has its ingrates. We have ours too. What is the name of that young woman from the southern periphery of our continent? Not that it matters. There are some here who won't let us hear the end of it. Today they say your Foreign Aid goes to your own consultants. Tomorrow they argue that it is the actual cause of our dependency. They even dare to accuse you of interfering with the maturing of our institutions, and gloat that, unconnected with your work, and in spite of its pernicious influence, we are building our own capital and shall soon be rid of you. Unbelievable!

We write to assure you of our unyielding awe, of your glory and magnanimity.

Your Economic Partnership Agreements fill us with delight. Our ingrates swear that you are exporting disintegration into our midst, even as you consolidate your own integration, by compelling the weak amongst us to sign interim agreements to throw open 80 percent of our markets to you in exchange for access to yours, thereby marginalising our own regional trade pacts. But we know you have only our interest at heart.

They say that you have precluded the engagement of a full range of actors on our sides; refused to bring directly into the discussion those non-state and non-government actors with strong social and political accountability goals to safeguard the rights of communities; and failed to engage the African public on the true trade-offs implied in this bureaucratic endeavour.

They even question your use of WTO rules as the rationale for these agreements. They say that the WTO is itself deadlocked over many of the issues you are pretending to be clear and settled, such as the treatment of services trade and investments. Such impudence!

The more imaginative amongst this community of the ungrateful even question the relevance of these highly technical arrangements for opening up trade between Africa and your continent. They ask, with no sense of decorum: what is the point of a trade agreement that is meaningless to the bulk of the real traders, the same ones who have driven our trade with China to a volume more than double our trade with your continent, without recourse to any complex agreements?

We have no time for such wretches. We know deep in our bones that you have only our well-being at heart.

Far be it from us to stain this message of salutation with anything remotely tainted with ingratitude. But our elders say that when we go to the rainmaking oracle with burnt offerings it is not to say that we have received all the rain we will ever need. What can we do except continue to appeal to your magnanimity? After all it is said that the elevation to Peace NOBELity is always an impetus to spur action in certain areas of global transformation.

May we be so bold then to mention the little matter of the Common Agricultural Policy (CAP)?

We are told that nearly half your ample treasure is spent on this CAP, if its administrative costs are fully accounted for. We are also told that virtually all the remaining money is spent on project-based investments within your own continent, and that less than 5 percent of said money goes to the collective NOBEL ideals of international peace, development, reconciliation and human rights. But we see this kind of nit-picking as the work of small-minded cads with a bone to pick. Our sole plea concerns the minor matter of the CAP.

Not to put too fine a point on it, the CAP is viewed as a giant blockage in world trade by some of our less sturdy and more fretful constituents. They say that it stands in the way of a less bureaucratic and more open regime of global commerce not just in agriculture but everything else, since it is a perfect excuse for everyone else to stall.

We would like to say that we worry about the signals sent to the international market by the awe-inspiring but somewhat intimidating stockpiles of subsidised food on your continent. Some say you flood international markets with this cheap food, and that this prevents global investment in agriculture from moving to high-return regions such as ours, leaving hundreds of millions of our small farmers destitute and starved of capital and technology.

The brash amongst our constituents say this is an unworthy and igNOBEL behaviour, and that the matter is not merely about preferential access to Europe's declining markets but the poisoning of the international climate for agricultural investment as it relates to the developing world, and the feed-through of the policies accompanying the subsidies into agricultural prices globally.

They contend that recent reforms do little to repair decades of structural distortions and their role in locking our continent into a supply chain of processed food from overseas, as our own shabby little farms, robbed of capital, go to ruin. They ask how you can spend 100 times on your own cows what you spend on each of us, poor and undeserving beneficiaries of your largess though we are.

We apologise deeply on their behalf! Our only plea is that you look again at this nagging, inconsequential, matter, so easily blown out of proportion.

Our faith in your eternal goodwill never dies. Long may your NOBELity endure!

Bright B. Simons is the Inventor of the mobile shortcode anti-counterfeiting system known as mPedigree (www.mPedigree.Net) and a public interest researcher affiliated with IMANI Ghana.