7 INTERVIEW QUESTIONS TO GET BEST CANDIDATES - By Marricke Kofi Gane 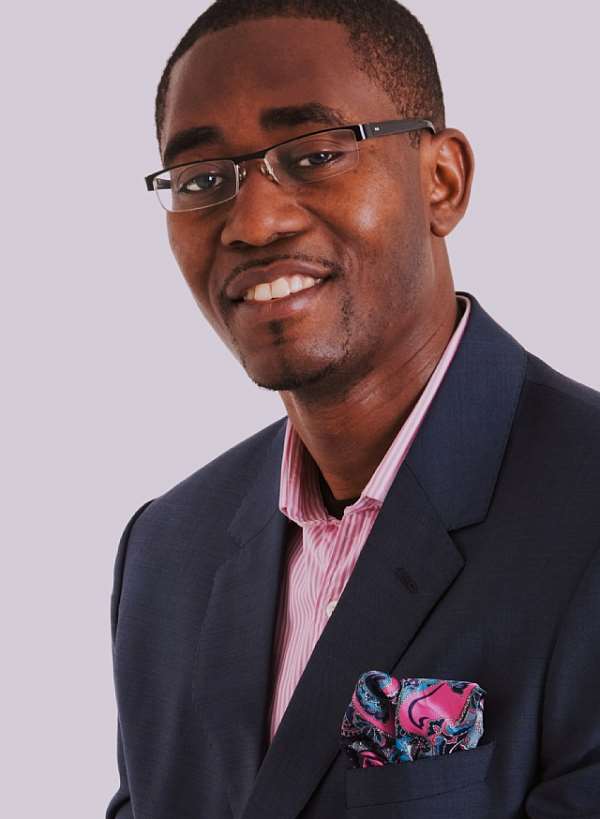 I like asking questions. It's one of only three things I am very good at, so believe me when I say there are some questions that make people think twice before they tell the truth and thrice before they lie. Asking questions got me into the audit profession, then the forensic accounting profession. It led me into philosophy and better still; it is what gives me a 90% success rate in the calibre of people I recruit. Here, I share 7 very simple questions which impact on how you conduct interviews. In fact, you may have come across all the questions before, but understanding how the answer to them affects a decision about a candidate is what makes all the difference.

You do need to remember that recruitment can be a very expensive exercise and so an effort needs to be made to make it as successful as possible. Although there are new fancy approaches to recruitment such as aptitude tests, behavioural and cognitive based interviews etc., I still maintain that a one-on-one interview still gives a lot about a candidate you are looking to recruit. Remember, the recruitment is for the organisation, not for you. There are times I've had to recruit people who personally didn't come across to me as likeable, yet they were perfect for the organisation and where it was heading.

What Are You Bringing To This Organisation?

This is the one question that will make a lot of candidates feel deflated or defeated. Interestingly however, it is the one question that will enable you as interviewer see the candidate's confidence and their ability to demonstrate a clear understanding of who you are looking for in the the role. When you start hearing generic answers like “I am hardworking” or “I am a team player” etc., then recognize the candidate either doesn't know what it is you are looking for or hasn't carefully assessed what s/he is capable of offering in the role, should they get it. It is a question that will also test the candidate's ability to demonstrate that their past experiences are usable in the organisation's current state, or if s/he is dynamic and understands trends in business, they may further highlight their skills, experiences etc. which may not be useful now but soon will be in the future. Finally, it tells you point-blank if the candidate can sell convincingly. Being able to sell is entirely different from being a sales person. If they can sell themselves, they can sell anything. It also shows persuasion skills.

How Did You Find Out About This Role/Job?

This question is quite deceptive. To the candidate, it is a straightforward question and nothing to lie about (no sense in doing so), but to the interviewer it provides tremendous insight. Depending also on where you advertised, a candidate who learnt about the job by word of mouth or in social circles or through colleagues are likely to have strong relationship building skills; learning from a niche publication such as an industry specific magazine rather than a widely public newspaper may indicate that s/he is very discerning or focused; on the other hand any indication that it was referred to them by someone in the organisation is likely to mean that they have already been investigating the organisation or at least have been talking to someone about it.

How Long Were You In Your Last Job For And Why Did You Leave?

We all know this question. But I must warn you not to make a decision based on one of the two. Always make a decision based on both. If the candidate has left all their previous jobs under say two years and mostly because of conflict with someone, then surely you need to ask more questions because all those people can't be so impossible to work with. It is also a question you must be sure to request specific answers to and not the general well-known answers such as; “I was looking for better opportunities” – well then, what opportunities were they looking for that their former employer didn't provide? Chances are that your organisation may also not provide it.

What Is It About This Organisation That Attracted You?

This question will help you pick up a few things; firstly whether the candidate by themselves has assessed the culture of the organisation as matching their personal culture and for which reason they want to be there. It will also tell you whether they have at all done any work trying to understand your organisation or that they are just looking for somewhere to work for now; you will also be able to find out by asking this question what are the areas and parameters on which the candidates feel connected to the organisation – and if any of those parameters happen to be your organisation's top cultures or values or principles, then you can be sure, with some degree of certainty, the candidate will feel more at home there.

Where Do You See Yourself In 5 Years?

This question should really answer two concerns for any employer – (a) is the candidate likely to stick around in employment long enough for me to recoup my initial investments in them? (b) is our organisation in the picture of his/her future, and if not, what shall we do? As an employer, you have the unique advantage of knowing what the organisation's plan for the future are, where you are heading, how you want to get there etc.; the candidate doesn't. For this reason, it is easier for you to take whatever the candidate says and assess whether his/her plans for the next 5 years fall close or at least parallel to those of the organisation. What you shouldn't attempt to do is to employ a candidate and then get him/her (by whatever means) to readjust their future plans to fit the direction of the organisation simply because s/he has passed on all the other interview questions except this one; or merely because you have taken to liking him/her. Don't do it.

What Has Been Your Most Recent Achievement And When Was It?

Achievers (if they ever become achievers) live literally on achievements no matter how small or big. That's how you tell the difference between those who merely claim to be achievers and those who are actual achievers – the latter always have something to back it. There's another angle to it – whether small or big, achievers still recognize what an achievement is. Non-achievers on the other hand, even when they do achieve, don't recognize it as such. Every organisation sets out to be successful; to accumulate achievements. If such an organisation is intent on continuing in its success, it will do the wise thing of making successes or achievements part of its culture. What you want in a candidate is someone, who also has a well-developed or even budding personal culture of achievements and successes, no matter how small. Following on, if you recruit a candidate who cannot identify his own personal achievements (even though they may have a few) – you can be sure they may find it hard identifying with team or organisational successes.

What Was The Last Thing You Failed In And How Did You Take It?

Fact about business is that things don't always go as planned – not always. Unfortunately however, not everybody can deal with failure. And for people like that, it not only takes a long while to shake off the failure and move on to the next stage (mind you, business doesn't sit and wait for you to recover), it is also contagious. With this question, you can attempt to peek into the candidate's tendency towards failure – do they learn their lesson from the failure, dust themselves and face the next music or do they lie there in the mud of failure, throw a tantrum and pull everybody else with them into the mud? It will also give you some insight into the candidate's attitude to risk. Is s/he a risk taker at all? S/he doesn't need to be the type who is happy taking all the risk in the world (that in itself is very dangerous) but they must be at least appear to be willing to take some risk – if not, you can be sure s/he is not the kind of candidate you should expect to help the organisation find, explore or try new opportunities – remember, opportunities in business have to be sought for and it takes some minimum risk of wanting to get out of one's comfort zone in search of new ways of doing things.

It will be hypocrisy on my part to claim that these questions are full-prof to land the best and most excellent candidates 100% every time. None such exists. But I am certain that helping you understand why you should ask such questions helps get the best out of an interview process. All the best with your next interview.