The "Foolish Case" of A.A.Woyome 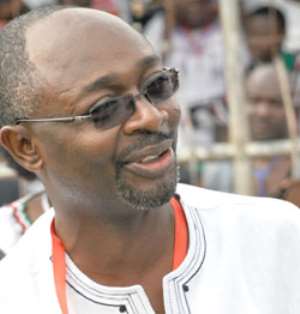 During Tony Blair's administration, the Serious Fraud Office (SFO) was into a three year investigation involving the British company BAE and some state officials when the Attorney General suddenly ordered the inquiry stopped. The then AG cited matters of national interest and the inability to get convictions in the case as the main reasons for calling off the investigations.

But according to critics, the Blair government decided to halt the inquiry because new documents had surfaced implicating the government. Though the case became a “foolish” case, the electorate would make it displeasure very clear by voting out the Labor Party six months after the halt in the investigations.

Now the question every Ghanaian should ask is this: If the Blair government, after a thousand year democratic history, could turn a $1b bribery case into a foolish case, what are the chances of getting the desired convictions in the Woyome gargantuan saga? Would we ever get to the bottom of the case?

Two months since our own SFO, EOCO released its interim report, Woyome himself, two state attorneys and a wife have been arrested. From the Executive branch, the AG under whom the case came to light has been fired for refusing to cover up; and the AG who supervised the payment of the monies to Woyome has also resigned. To Mills and supporters, these actions show government's dedication and commitment to solving the case. But is government really committed?

Until the EOCO interim report, the president said he had no knowledge of the judgment debt and Woyome. And that he was more interested in those who put Woyome in the situation to sue government than in those who “negligently” or conspiratorially gave the money out. But subsequent developments including the EOCO Interim report had proven that Mills had been lying all along. In between, his government has bombarded citizens with unrelated and less pressing issues- arresting those who have little or nothing to do with the case; and unearthing, with more zeal, “cold cases” simply to distract citizens.

And all this while, the State attorneys charged with retrieving tax payers' money have been intentionally dragging their feet. In the latest development, the judge even warned the State step up its game or drop the case all together. At the same time, EOCO is yet to release its final report- its delay, raising eyebrows. In fact, had it not being for the PNDC chairman's spokesperson and former P-ndc Deputy General secretary Kofi Adams' recent bombshell, who knows whether the nation would have even found out about Woyome and Waterville's explicit pact to dupe the State. And who really knows what would be left out of EOCO's final report.

And as long as no political appointee in the ruling government, that is, the executive branch or from the P-ndc party gets any conviction for Woyome's $52 miilion and for the $500m in judgment debts in general, it'd still be a foolish case. To state it in another way, it'd be a foolish case if civil servants alone get convicted. Right now, it seems Mills has been able to identify some bureaucratic scapegoats and is thus willing to pursue the case, no matter how uncommitted. So it is up to Ghanaians tap into their will and push the case to its ultimate conclusion.

Unlike the UK's case, if EOCO request for executive, ministry, Castle or party correspondences and documents, which would implicate government, Mills might not order the investigation stopped. However, he may invoke Executive privilege and that would turn the Woyome gargantuan crime into the ultimate foolish case of them all. And like the Labor Party's case, it would be left to the electorate to punish Mills by voting the P-ndc out.