Judicial Corruption in Ghana Not a Perception. It's Real! 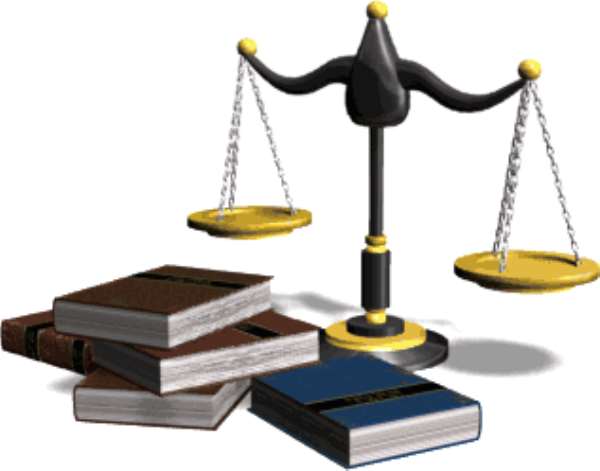 I burst into laughter when on Tuesday September 6, 2011 I heard Joy FM late news reporting that two Magistrates have been sacked by the Chief Justice, Mrs. Georgina Theodora Wood for corruption. While I think the CJ needs to be applauded for finally finding the courage to act and crack the whip, I also believe this is just a tip of the iceberg. It also makes a complete mockery of faceless groups like the Association of Magistrates and Judges of Ghana (AMJG) who castigated Mr. Larry Bimi of blessed memory, Dr. Raymond Atuguba, Mr. Abraham Amaliba, Mr. David Annan and Mr. Chris Ackumey. In view of recent revelations, such faceless associations must bow their heads in shame.


Corruption is defined as the abuse of power by a public official for private gain or any organized, interdependent system in which part of the system is either not performing duties it was originally intended to, or performing them in an improper way, to the detriment of the system's original purpose.

Corruption is most dangerous when it appears within the justice system. This is because the act is committed by officials who were appointed by the state and entrusted with the implementation of important state functions, and for this purpose they enjoyed special privileges. However, when the judiciary misuses its authority, it breads corruption in the system.

The fight against this phenomenon led by the late Larry Bimi and others, as well as, civil societies including the Forum for Governance and Justice, is an important task in the right direction to enable the rule of law to prevail in Ghana. An independent judiciary is a social necessity since that is the only way to safeguard the rights of all Ghanaian citizens.

Today, it's a common belief in Ghana that the justice system is corrupt. Prosecutors and judges are suspected of taking bribes left, right and center. They intentionally deliberately delay court cases purposely for their personal interests and that is justice denied to the people. Anyone who has had an encounter with the Judiciary in recent times can attest to the fact that: Corruption has gained legitimacy in the delivery of justice in Ghana. The judicial system is totally rotten. Even the CJ Mrs. Georgina Theodora Wood cannot dispute this fact.

In a statement captured by Joy FM on November 9, 2007, the CJ stated that: “Corruption poses a huge threat to our legitimacy and limits rather severely our capacity to effectively fulfill our constitutional mandate. When we remind ourselves of the ills that corruption has wrecked on our continent, we would commend, and not condemn all those who have dedicated themselves to fighting this evil canker.”

This is the reality on the ground that we need to address with urgency. It is therefore funny listening to faceless groups like the so-called Association of Magistrates and Judges of Ghana (AMJG) asking people to produce evidence of judicial corruption. The AMJG must shut-up and allow discerning Ghanaians to find a way of cleaning the judicial system before we risk descending into a society where the people would have to take the laws into their own hands in order to seek justice.

Corruption in the judiciary in Ghana is in various forms - not necessarily cash in envelopes and polythene bags. For example, we were in this country when the Chief Justice of Ghana Mrs. Georgina Theodora Wood and others accepted parcels of public lands looted by the New Patriotic Party (NPP) government under the watch of former President John Agyekum Kufour. These lands, situated in prime locations across the country were given away to the CJ and other Judges at ridiculously low and unacceptable prices in return for favours to the then government. Others were given luxurious cars and various gifts.

Mrs. Georgina Theodora Wood herself got appointed to the high office of the Chief Justice of Ghana after failing to find the missing 77 parcels of cocaine. Under her watch as the CJ of Ghana, courts sat on public holidays to hear an ex-parte motion all in an attempt to subvert the 4th Republican Constitution of Ghana. I don't even know why people involved in this despicable crime against the state are still going around unpunished. The judiciary is our last hope if we do not want Ghana to end up as a highly corrupt society as it has happened in other societies.

Mrs. Georgina Theodora Wood, we appreciate your bold move. But please go further than just sacking only two Magistrates. The corruption among your judges is far rooted beyond two Magistrates. Ghanaians are with you in your effort to clean the whole judicial system and not a mere window dressing as we are seeing now. We need to find a way of stopping this canker from spreading further by naming and shaming people involved in this despicable act.

The growing corruption in the judicial service, as well as the tendency of sweeping it under the carpet, all in the name of protecting the service's reputation by groups like the Ghana Bar Association (who only finds its voice when the New Patriotic Party (NPP) is in opposition) and the faceless Association of Magistrates and Judges of Ghana (AMJG) is not acceptable.

In the history of the Ghanaian judicial system in recent years, we have not heard about judges being punished for corruption except the two Magistrates who were sacked on Tuesday, September 6, 2011.

I urge the Government of Ghana to rethink of the public's interest in the delivery of justice to the people. The Government should take serious note of the fact that the general public at large has lost faith in our judicial system. We have found ourselves in a situation where justice is not for the needy, the poor and every Ghanaian but only for the rich and famous who have relatives as judges or who knows the judges sitting on particular cases. It is time to end all these corruption so that justice can be speedily delivered to the people without outside influence.

It is time for the Government of Ghana to introduce amendments in the constitution of Ghana to make it possible for the removal from office, after due process, any corrupt judge, including the Chief Justice.

Much as we do not want to antagonize the Judiciary, the general public is gradually losing faith in the system as courts across the nation continue to dash the hopes and expectations of people that justice will be rendered in a fair and timely manner.

Corruption in our judicial system can facilitate criminal enterprises such as bribery, drug trafficking, money laundering and looting of state assets. Corruption is a sophisticated system and all manner of rogue characters poses great challenges to the rule of law in our young democratic dispensation, leaving our society helpless with only one option, i.e. to take matters into our own hands by delivering the fair justice that has eluded our people.

It's a complete joke to hear that corruption in the judicial system in Ghana is a perception. It is real! Recent revelations have proved it beyond every reasonable doubt and the earlier we accept the challenge and deal with it; the better it will be for us all.