How to tackle natural disasters? 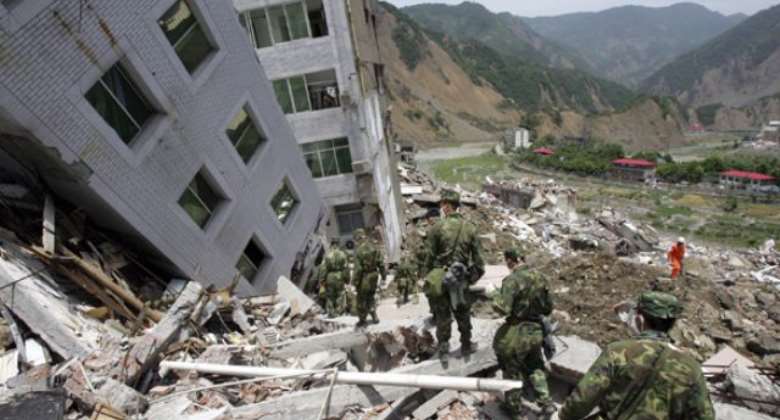 The entire world witnessed the Copenhagen summit sometimes ago which was organised to find a solution to the problem of global warming and climate change. As expected, the nations at the summit failed agree to a common framework to fight the climate change. Though blame game was on between the nations. Many environmentalists and nature lovers gathered outside the summit venue and called upon nations to stop warming the earth in the name of growth, development and energy production. These protesting environmentalists and NGOs had a long list of such solutions following which the countries can fulfil their energy needs without further warming the earth. But unfortunately, they had no say in the decision making of the nations. Decisions are taken at the political level by the participating leaders.

Besides, global warming our earth is also experiencing a series of earthquakes. Every year there are reports of two or three major earthquakes on some or other part of the world. On January 13 this year, an earthquake of 7.3 Richter scale rocked Haiti, a small Caribbean republic. This, one of the most destructive earthquakes, had its focus near the capital Port-au-Prince just 13 kilometres below the surface. As a result of this earthquake, the entire city got destroyed. Governance and administration got disrupted. Therefore, the US took over the relief works. U.S. President Obama called it as the biggest ever relief operation undertaken by the US. Till now, the Haitians are not being able to live their normal lives. Aid from the whole world is continuing to Haiti. The United Nations has also declared an aid of $10 billion. Recently, chile also became the victim of a powerful earthquake.

The question is what the developed nations are doing to predict the earthquakes and minimise the loss of life & property. Science has identified almost all places in the world which are vulnerable to the earthquakes. Despite this, it seems that not much is being done at the official level to avoid the loss from earthquakes. If at all, any news regarding the study of earth is there, it is the Large Hadron Collider (LHC) experiment being conducted in a 27 km long underground tunnel on French-Swiss border. This machine took 25 years and about $10 billion to be constructed. By this experiment, our scientists are trying to understand the creation of the universe and reason behind the Big Bang that happened around 14 billion years ago. But this costly and time consuming experiment has no such provision through which humans can get to know about the future earthquakes and their magnitude. Some geological experts are of the view that instead of this risky machine, the scientists should have tried to study more about the earth's interior so that people could have been alerted before the disaster and their lives could be saved.

But it is very unfortunate that the capable governments and the scientists conducting experiments at the official level, are working on those projects only which are determined for them. Whereas contrary to this there are many such NGOs and people who from time to time advice their national & state governments regarding the nature and human welfare. In this context, I would like to mention a 70 year old social worker of Himachal Pradesh state in India who spent his entire life in environment protection and wildlife conservation. Born in Hamirpur district of Himachal Pradesh in 1940, Acharya Ratan Lal Verma has been honoured 22 times by national and international organisations for his noble works. Even today, at the age of 70, he is fully dedicated to environments protection, preservation and maintenance of natural landscape and wildlife conservation and regeneration.

Being linked to a hilly region, he has deep interest and knowledge about the sensitivity, natural beauty and maintenance of the hilly regions. Based on his experience, he is trying to make the governments and people aware by the way of writing letters to the state and central governments, writing articles and giving interviews in newspapers and attending environment and nature related seminars. The state of Himachal Pradesh figures in between earthquake Zones 4 to 5 i.e. it is much vulnerable to earthquake. Notwithstanding this fact, no precaution is being taken to minimise the loss from a probable earthquake. In this regard, Verma has launched a campaign. He believes that with the support of the people and the policies of the government, such provisions should be made so that the loss of life and property can be minimised. Verma says that despite Himachal being in a high seismic zone, the construction of tall buildings by the rich people of the state is continuing. According to him, such constructions are either commercially motivated or for the purpose of their economical show off.

Verma is struggling for many years against the present building construction policy of sensitive hilly region. His activeness and repeated pressure on the government has started showing results. The H.P. state government has agreed to set new standards for building construction and amend the related laws. By the efforts of Verma, a new section 31-A has been added to the Himachal Pradesh town and rural planning law 1977, according to which the applicant has to submit the proof of stable foundation of the building before its use. Verma is also trying to convince the government that besides posing the danger to life, these multi story buildings are also eclipsing the natural and scenic beauty, cultural wealth and environmental peace of the state. It would not be wrong to say that unnecessary harmful constructions are being carried on in the mad race of consumerism and urbanisation.

Dedicated environmentalists and people like Verma are a boon to the society because in today's selfish and greedy world, nobody has time to devote his body, mind and money for the environment and nature. But the question is whether Verma alone and a few people like him are enough for the protection of earth and environment and making policies in this regard. Perhaps not, therefore instead of looking towards the government, government institutions and professional scientists, the scientists and environmentalists like Verma should themselves become active for the protection of the earth. It is the responsibility of the UN and other NGOs that they encourage such people from time to time so that other volunteers are also motivate. By TANVEER JAFRI