Is Ghana Police Worth Dying For? 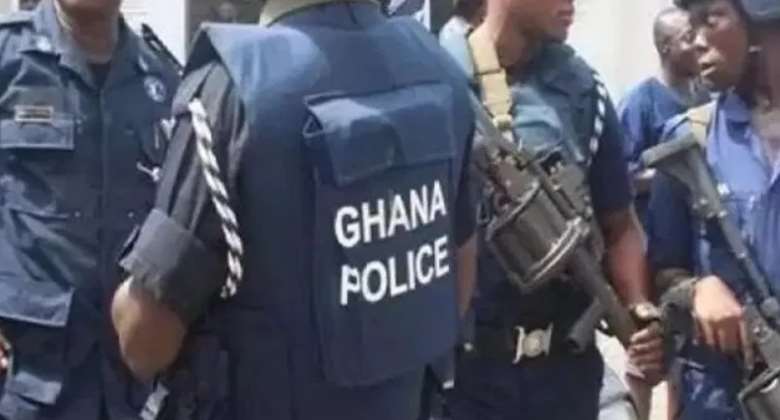 My brother, Charles Kusi Fimpong, kindly forgive me for what I am writing today.

I had an awful evening yesterday because a lot went through my mind when I was taking my bath.

I had flashes of the events on the afternoon of 11th October 2001, and I was a bit teary.

I remember we were in SSS 1, and we heard noises coupled with gunshots that black Thursday.

There was a daylight robbery incident around 12:30 pm on Otuasekan Rural Bank. Before the robbery attack, the robbers shot and killed the police officer on duty, Constable Paul Awere.

After the robbery, they shot and killed Corporal William Kusi, who happened to be the father of my classmate and best friend.

Corporal William Kusi had about five children, and Constable Paul Awere was a newly married man whose wife was pregnant at the time of his murder.

After their untimely death, the police administration requested a state burial for the officers, which was granted by the families.

After their burial, that was the end of the lives of their spouses and children.

Common tombstone, the Police Administration have not been able to construct. Meanwhile, these officers were buried in front of the police station they were working.

My classmate and brother suffered until the intervention of Asante Mamponhene. The traditional leader asked the bank to grant my friend a scholarship before he was able to further his education, of which the police administration did nothing to support the widows and the children of the officers who died in the line of duty.

Twenty-one years down the line, the family is saddened by the way the state and the police administration treated them.

22nd July 2011, the Ashanti Regional Minister, Dr. Agyemang-Mensah, and the MCE, the late Mr. Daniel Appau Ohyeaman paid a courtesy call on Daasebre Osei Bonsu II, at his palace and told him about the decision of DISEC in collaboration with the Police Administration to honor the fallen heroes. Eleven (11) years later, nothing has been done.

Why did the Police Administration fail the families of these two officers?

What precedence are they setting for those who are still active in the service?

As I memorize the events, my greatest worry was about the then-pregnant wife of Constable Paul Awere and the unborn baby. What was their fate?

What is the status of the lady and the child today, twenty-one years after the gruesome murder of their husband and father?

May their souls rest in perfect peace, and God continually provides for their families.