Why is Africa Sleeping 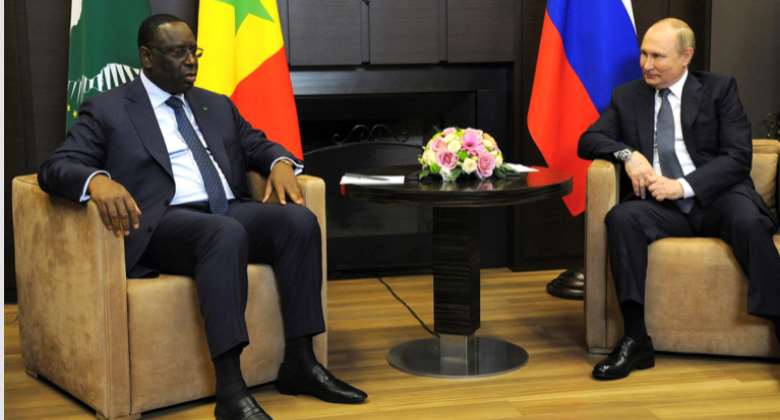 The Ukraine Russia conflict has exposed Africa leaders of not having strategic plans for the development of Africa. The west and Ukraine leaders are all saying that africa is going to face good crisis because grains from Ukraine can't be transported out of Ukraine.

The war may continue for many years and the grains may never get out from Ukraine or when it manage to get out of Ukraine it be may be sold out to the west.

But why Africa with a population of 1.2 billion with 30.7 million square kilometers and very good fertile land on earth can't feed it population? Ukraine has a population of over 40 million with 600 000 square kilometres of land so who should be feeding who or worried about grain of Ukraine of course that should not be africa yet it seems is Africa because Africa is still sleeping.

AU leader traveled to Russia to meet Putin and Africa union stated "we do not have access to fertiliser. The situation was bad and now it has become worse, creating a threat to food security in Africa"

So I ask myself why should Africa be disgracing it youth populations? Why don't we have generational leaders in Africa?

To answer these questions I have this suggestions both to address the issues and also try to be a generational leader as the freedom fighters of Africa independence.

The duration for grain or cereal crops to mature is between 3-6 months, wheat is grow in Africa and can be grown throughout Africa, so since the start of the war in AU had put on measures to cultivate wheat grains in Africa by now we will have been harvesting the wheat to feed and sell to other countries.

the wheat crop take between 90 to 110 days from planting to harvesting.

Africa also complained about fertilizer but Africa can produce fertilizer both organic and inorganic fertilizer so we should not depend on Russia or Ukraine fertilizer.

Africa wake up from your sleeping and think out of the coconut head to find solution for the growing youth.