How Ukraine Can Win The War 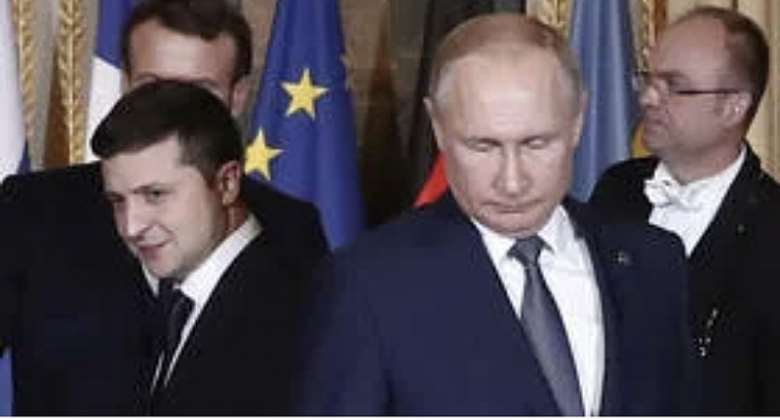 Ukraine can only win the war when they go back to the negation table. There is no way Ukraine with the help of the west can win the war with Russia and base on the following reason why Ukraine can not win the war on the battle field.

Let me take you back, the Ukraine Russia war started after the overthrow of pro Russia president in 2014.

On 24 February Russia sent it troops to Ukraine which they term as special military operation.

The president of Russia stated that they are going to do the operation in Ukraine to protect Russia speaking people in eastern Ukraine which is known as Donbass.

At the initial stage Ukraine and Russia agreed to use diplomacy to end the conflict at the early stage.

They hold a number of diplomatic meetings in Belarus. This was positive and there was hope that the war will be solved by diplomacy.

The next stage of the peace talk saw Turkey playing a key role to end the conflict and there was high level meeting in Turkey between Russia and Ukraine in Ukraine.

After the meeting Ukraine communicated to their western allies lead by USA, Poland and British.

Based on the last diplomatic meeting the leaders of Russia also decided to withdraw their troops from the Kiev region for them to continue the peace talk.

But then USA, Poland and British convinced Ukraine that they should not agree on the diplomacy but should rather fight and win the war on the battle field with Russia.

USA with the west then agreed to escalate the war by given Ukraine military support. USA, Poland and British started to supply weapons to Ukraine to fight Russia soldiers in Ukraine and this has continued for the past months.

Therefore based on these facts on ground and the level of support as well as how NATO and the west are involved in this war yet Russia is still fighting and escalating the damage to Ukraine critical infrastructure there is know way Ukraine with all the NATO support can give a win to Ukraine on the battle field.

NATO Secretary General have also contradicted himself as he always say “he thinks Ukraine can win” , if Ukraine loses it is NATO that has lost and the allies most do everything to support Ukraine.”

Yet he is aware that Russia is a nuclear power state and he has also said nuclear war can never be won either by Russia or NATO so should never be fought. So why do they want Ukraine to fight when they know even NATO can’t win a war with Russia.

Therefore Ukraine can only win the war if they go back to the negotiation table for peaceful resolution of the war in Ukraine, this will safe the lives and suffering of the Ukrainian people.

The earlier the war end the better for Europeans as well as developing countries.

Since there have been diplomatic solution to send Ukraine grains to feed the west and the rest of the world, there can be diplomacy in ending the death and suffering of people in Ukraine.