First, hoot at yourself Oppong Nkrumah before anyone else 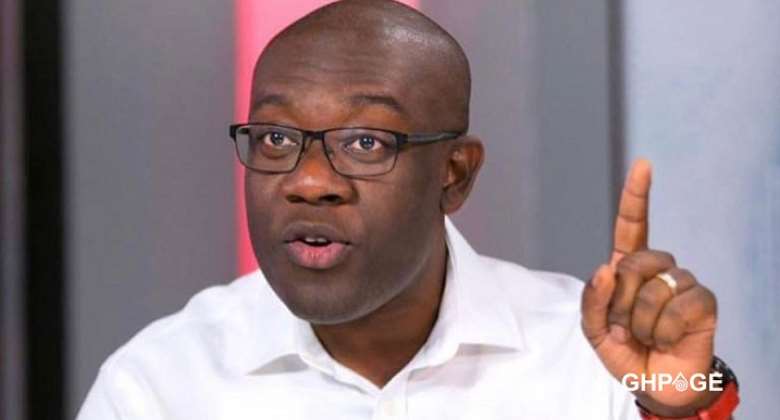 “Hoot at anyone saying the 2022 'agyenkwa' budget has been rejected.” This is a statement made by Kojo Oppong Nkrumah, the Minister for Information.

May I ask the Minister for Information, since from the time he was appointed minister, how many jobs has he created before widening the tax net at the expense of the suffering Ghanaians?

According to a publication that appeared in the ModernGhana news, the Information Minister said, anyone who would say the 2022 budget has been rejected should be hooted at. I think Oppong Nkrumah should first hoot at himself before anyone else.

Kojo Oppong Nkrumah, like most of the ministers in the NPP government, doesn’t actually know what to do as a Minister for Information.

Ghana has lost and still losing billions each year through incompetent ministers who are not bringing in anything back to enhance the economy. Oppong Nkrumah is one of them.

Probably, many will not believe me but since I am confident about what I am writing, I would like Kojo Oppong Nkrumah to prove me wrong by stating emphatically the jobs his administration has created ever since he was appointed the Minister for Information.

I can vividly remember, when I wrote an article pleading to Oppong Nkrumah to ask president Nana Akufo Addo to take over the abandoned projects of the former government, NDC, nothing fruitful emerged from that, meanwhile, Ghanaians are facing educational and health facilities crisis.

If the president had swallowed his pride to take over the uncompleted projects, things would have been different for the NPP government today.

The government has incurred a heavy debt on Ghana, yet, nobody has given accountability to how the money was used. Above all, the NPP government can't even boast of any completed or uncompleted projects.

Kojo Oppong Nkrumah, you a total failure. You are someone who doesn't even feel ashamed of himself to describe the content of the 2022 Budget exciting to create jobs for the youth.

If you think your role as the Minister for Information has helped to develop Ghana, we would not have seen the political disaster and the total failure of the NPP government today.

The kind of politics that you are proud of in Ghana, if that is what is practiced in developed countries, none of you would have left Ghana to seek medical attention in foreign countries.