Do we have to continue writing if Corrupt Ghanaian politicians don’t care about what we write? 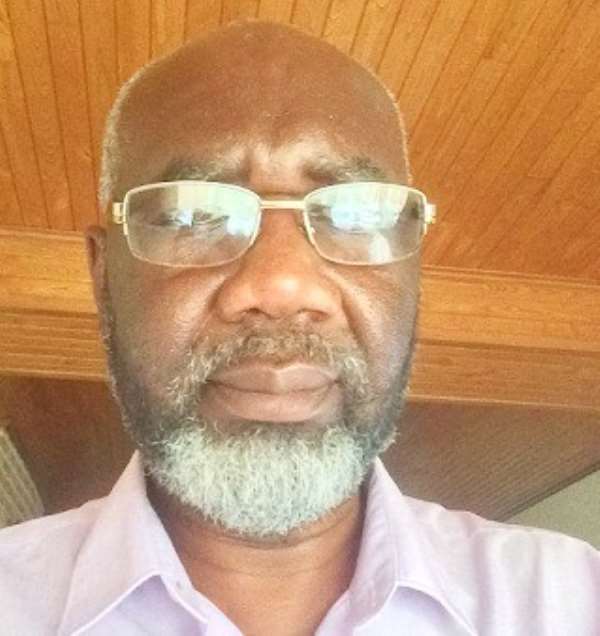 There is a cycle of hatred towards writers criticizing corrupt politicians, judges, pastors, and others occupying high positions in Ghana, even though most of them are very deep in corruption and involvement in illegal mining in the country, leading to the hardships and suffering for the common people.

Like many African politicians, Ghanaian politicians also hate criticism because they don’t want to be exposed or refrain from any illegal doings that could bring extra money into their pockets.

In Europe and America, the majority of people are inspired into politics to improve the poor conditions of people but in Ghana - Africa, the story is the opposite.

Before Ghanaian politicians will enter into politics, they are just like the common people, often wondering where their meals will be coming from, then within the shortest period, their corruptible and clandestine activities would provide the wealth that no one can acquire in their entire lives.

Ghanaian writers are doing their best to reduce corruption in the country, yet nothing significant has been achieved. Many times, the writers that feel their efforts are necessary to society, suddenly become subjects to hate and insults.

Some people hate writers and journalists to the extent that they want them killed. One of such journalists brutally murdered was Hussein Ahmed-Suale. The case of this journalist that died in service remains closed without any efforts to bring those responsible to face the law.

Sometimes, I wonder if Ghanaians are the bad people or the politicians because it doesn’t make sense at all if a writer that wants to make things better for his country will be under heavy attacks by people that find what he writes offensive.

When African politicians visit Europe and America, mesmerized by the beautiful environments, clean streets, magnificent buildings, good schools, and hospitals, they take beautiful pictures back to Africa or Ghana, to show their families and friends with pride but on African soil, they are never inspired to do the same for the common people.

Greed and corruption occupy the whole mind and take possession of the soul, therefore, they get the delight in amassing wealth than answering the needs of the common Ghanaians that cast their votes for them in the hot temperatures.

The sad part of the story is that the developed world doesn’t have one-tenth of the mineral resources that Africa has, yet they are able to develop their countries more than any African country.

It's therefore, necessary to ask where the money from our resources goes after export? Why is Ghana not developing if the country has cocoa, timber, bauxite, and gold? Why are the people suffering? And why are many remain unemployed?

Like all the European countries that were former colonial masters in Africa, Belgium politicians work very hard.

The former Prime Minister, Charles Michel, who stepped down before his time, to take a new job offered by the European Union, created 290,000 new jobs between four and five years.

This is the reason I wrote this article "Ghanaian politicians before you boast of efficiency, read this," published by Ghanaweb on 28 November 2019.

Africans continue to accuse the colonial masters of stealing our wealth to Europe but the question we have failed to ask ourselves today is did they also steal our lands that have all the rich resources to Europe? This shows that African leaders are not only corrupt but also lazy.

Many times when African politicians travel to Europe and America, they avoid being interviewed by African journalists because they don't want any embarrassment.

Where are you running away to Mr. African politician when “nobody tawudu?” Applause to K. K. Kabobo. We have been writing daily speaking about corruption, nepotism, and tribalism dividing Ghana, yet we don’t see any improvement.

Do we have to continue writing or we must stop? As for me, as long as I still have air in my lungs, I will keep on writing until the time; I will go down into my grave.