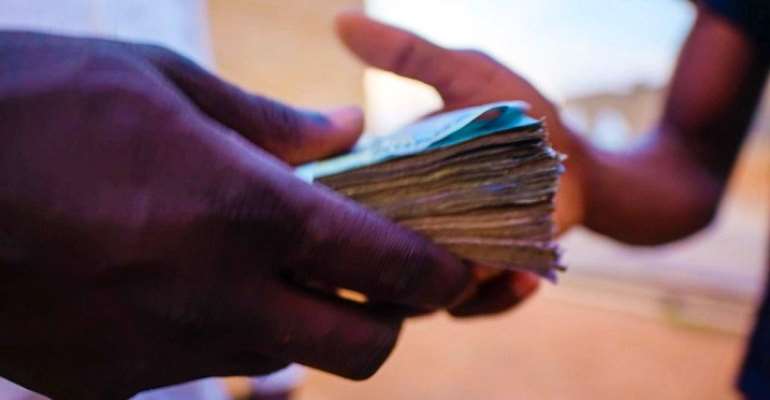 Taking bribes in Ghana is a chronic problem
Sometimes I wonder if corruption is part of Ghana’s constitution or probably, the military or democracy institutionalized this greatest evil of our society because of its chronic nature.

You can take it as a joke or simply ignore it, the fact is Ghana has become one of the internationally known corrupt countries in the world and many are comfortable with it without any shame.

Yes, in Ghana, taking bribes is not a shameful thing that people are worried about. Everyone is involved, including judges, police officers, and customs officers.

A normal life turns out to be impossible without these dubious means, so Ghanaians are ready to give bribes anytime and anywhere, just to make things better for them.

This has made corruption part of a normal life of a Ghanaian, therefore, society doesn’t see it anymore as a crime.

It’s hard to find the roots of Ghana’s chronic corruption, which has affected the entire infrastructure. However, I still remember during the PNDC era, corruption and the paying of bribes increased.

It was a period whereby there was a shortage of everything, including basic commodities, such as soap, milk, toilet rolls, almost everything, therefore, those that needed some commodities, had to pay bribes to get whatever they were looking for.

It may be possible that corruption exists in the country a long time ago but it seems to me that the culture of exchange of hands increased during the PNDC era.

In Ghana, you can’t get bags of cement without paying a bribe and you can never get the flour to bake some bread if you are not willing to pay a bribe.

Last year, I received an e-mail from a young man in Ghana, who wants to join the Prison Service. According to him, even though he passed the exams after screening, he was left out because he had no money to pay any bribe.

This is a very bad thing to do taking into consideration how Ghanaians are strongly devoted Christians and Muslims.

While it’s not a disturbing issue to the government that Ghana is making news as one of the most corrupt countries in Africa, it remains a problem to investors because corruption discourages investment.

Ghana as a country, will not depend on any politician, government, Member of Parliament, Special Prosecutor, or the church, to fight corruption in the country because each one of them has disappointed Ghana.

The only thing that can reduce corruption in the country is our Godly values. If we claim to be a pure Muslim or Christian, we mustn’t abuse the doctrines of the Holy Koran and the Bible.

That means without putting our trust in anyone, Ghanaians as one, will reduce or conquer this incurable disease in the country.

Imagine how Ghana could have been by now if the fight against corruption has been real.

We need developments in Ghana because our roads are bad, hospitals, schools, and many more lack modern pieces of equipment to make life normal.

We must, therefore, think about this to stop corruption in the country to build a better future for the next generation.