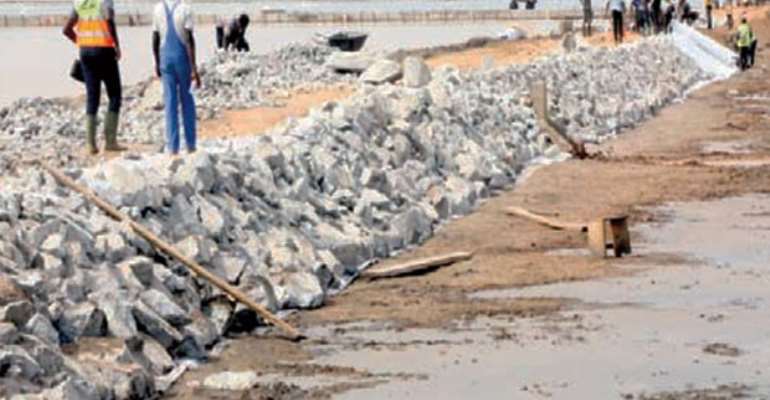 Perhaps to enable the more responsible sections of the Ghanaian media, to better understand the monstrosity of Ghana's government giving a mammoth-sized area, of the Songhor Lagoon, to Electrochem Ghana Limited - totalling 15.83km2 - a few key things ought to be pointed out to them.

To begin with, Electrochem Ghana Limited's Songhor Lagoon area lease, is, in effect, an intolerable and unethical monkey-dey-work-baboon-dey-chop case of unjustifiable-injustice, being imposed on the local people, who hail from there - who are now banned from accessing ancestral lands, which for centuries, have sustained them through saltwinning.

Our nation's media professionals need to also see, in their minds' eyes, the negative on-the-ground-impact of Electrochem's lease, on the lives of the Songhor Lagoon area communities, by juxtaposing their plight, with the impact a similar agreement in northern Ghana, would have on local communities, to better understand the unpardonable-and-unconscionable abomination going on in the Songhor Lagoon area, as we speak.

A similar agreement in northern Ghana, would mean, in effect, that all the areas in the north, with shear trees on them, will be allocated to politically well-connected private investors, and the north's mostly-female shear butter production's traditional value-chain's micro-entrepreneurs, permanently banned, from engaging in their age-old key-survival-economic-activity, the seasonal collection of shear nuts.

In other words, Electrochem Ghana Limited's lease, is, an egregious example, of state-capture rent-seeking - a legally sanctioned monkey-dey-work-baboon-dey-chop, unjustifiable-injustice. The total size of the land in question, is an incredible 15.83km2 - much bigger than the Carribean island state of Jamaica's entire 10.99km2 sovereign territory's total landmass.

Indeed, so huge is the leased area - which is now guarded by a detachment of the military, billeted there - that some critics wonder whether the agreement isn't a legal-cover, for a stealth-land-grab by the cronies of some of Ghana's powerful big-thieves-in-high-places. Hmmmm, eyeasem, ooooo...

The last question the media ought to ponder over is: Has the agreement enabled the promoters of Electrochem Ghana Limited, to acquire vast tracks of cheap land, for the development, in future, of luxury gated communities, industrial estates, an airport for private jets, and cargo aircraft? Ditto airport cargo-villages? This is Ghana. Everything is possible, when it comes to pork-barrel-politrick's to empower and further enrich regime-crony-capitalist bankrollers, of ruling political parties. Cool.