Can The Court Of Public Opinion Dispense Justice In Ghana? Examining The 2020 Presidential Election Petition So Far 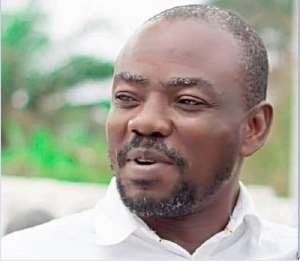 The day the 'court of public opinion' becomes the adjudicator, the law is doomed. The evolutionary progress of the law is embedded in its statutes, case law, and defined practices. It takes accumulated years of organic experience and societal interactions with the law for an innovative adjudicator to decide to depart from a case law and a well-defined practice. It was one of these organic evolution i.e. 2012-2013 presidential election petition that led to the Constitutional Instrument 99 (CI 99) of 2016 in reference to article 64 (3) of the 1992 Constitution.

A capricious and chaotic event goaded by cacophonous noise and conduct of a section of the public cannot warrant a departure from these grounded yardsticks of statutes, case law, and defined practices. BONSU v BONSU, Taylor J (as he then was):

The grounds for departure from these time tested yardsticks would have to be intelligently maneuvered with a dissimilar compelling evidence to assist the Justices in demarcating the new interpretative and applicable path to guide future rulings and yet preserving the case law and practices that must ensure consistency and fairness.

Judgements from any lower and for that matter any court in the land will either be criticised or accepted by any lawyer and also by the recipients of justice depending on their dispositions at the time. As succinctly stated, “Let me say at once that, for all I know, virtually every judgment on this earth, arrived at as a result of evidence gathered from several sources, can be criticised. A Privy Council judgment put in the hands of any lawyer, along with the evidence grounding it, can be criticised in the same way as a High Court judgment can be. A person who has lost a case will almost instinctively feel that the judgment must be wrong. And why not? If he had won, the decision would be right; so if he lost, how could the court be right? Mechanical Lloyd Assembly Plant Ltd v Nartey [1987-88] 2 GLR 598, SC: Adade JSC.

Who is The Public Opinion?
But the question is, the fact that judgement is criticized by a section of the public, should that make the judgement wrong and therefore reviewed at a caprice? Who is the public opinion and whose interest does it serve? Would yielding to public opinion in arriving at judgements in a court of law not tantamount to the Salem witch trials and dictated by mass hysteria?

A group of people can exercise their rights to court public opinion and direct such public opinion in a manner so desired. Indeed, it is their democratic right and must be respected. However, should such public opinion be a factor in arriving at a judgement in a court law? Any court that yields to public opinion instead of the time tested and acceptable yardsticks of statutes, case law, and defined practices would be undermining the rule of law and assaulting the pillars of democracy.

Conversely, any parochial or reckless interpretation and application of the time tested yardsticks either to serve self interest or satisfy ungrounded desire to extend the frontier of law, may lead to chaotic progress. The efficacy of law is grounded in its currency of consistency and equilibrium.

Examining the Submissions of The Case
The petitioner under article 64(1) of the 1992 Constitution is challenging the validity of the election of the President in the 2020 Presidential Elections conducted on the 7th December 2020. And pleaded under article 63(3) "A person shall not be elected as President of Ghana unless at the presidential election the number of votes cast in his favour is more than fifty per cent of the total number of valid votes cast at the election." In other words, the Petitioner (John Mahama) claimed that, neither he nor the second Respondent (Nana Akuffo Addo), obtained more than fifty percent of valid votes cast at the election in 2020.

The statements presented to the court by the three witnesses of the Petitioner none stated how the verdict was stolen or adduced any evidence from collated pink sheets or summary sheets to disprove the declared results. The witnesses rather stated that they were in court to challenge the manner in which the Chairperson of the Electoral Commission, E.C. (1st Respondent) declared the results and its constitutionality thereof.

At the close of the Petitioner's case, the first Respondent (E.C.) under Order 36 r 4 (3) of the High Court (Civil Procedure) Rules, CI 47 and Order 38 R 3E (1) and (5) of CI 47 as amended by the High Court (Civil Procedure) (Amendment) Rules 2014, CI 87 stated that, the Petitioner did not adduce any evidence to warrant the first Respondent to give oral evidence. .And that the court should give judgement based on the only evidence adduced by the Petitioner's witnesses before the court. The court upheld the arguments of the Respondents. "It is also an undisputed fact that a Defendant in a case can elect whether or not to adduce evidence at the close of Plaintiff’s case, when such a Defendant is called upon by the Court to open his or her defence".

In general expectation, the Petitioner should have been satisfied with the position of the first Respondent refusing to 'mount' the witness box. Instead, the Counsel of the Petitioner protested by arguing that because the first Respondent performs a very important Constitutional duty, when it is sued in an action such as this petition, different rules should be applied.

The court unanimously ruled against the Petitioner as read by Chief Justice Anim Yeboah, "... Counsel failed to refer us to any provision of the 1992 Constitution or any statute which required that the 1st Respondent, being a Constitutional body should be subjected to different rules of the Court and our own industry did not unearth any such authority. The law is that parties before this court must always comply with the known rules of procedure and settled practice regulating the jurisdiction of this court regardless of the nature of the case". Q S. Oppong v. Attorney-General & Others (1999-2000) 2 GLR 402.

The Petitioner’s Next Move
Petitioner under Order 38 rule 10 of CI 47 is seeking to use the subpoena powers of the court to re-open the case he has already closed in order to compel the Chairperson of the first Respondent to mount the witness box to give oral evidence.

Nevertheless, the Petitioner has to take into consideration conditions for granting such application. It is only when human ingenuity could not foresee existence of evidence as at the time the Petitioner was closing his case. As ruled in The President of The Methodist Church of Ghana v Kaye H.C. 10.4.70 (Owusu J., Cape Coast), 1970 Ghana Law Report;

“Once a party closes his case he abandons every right to call further evidence except with the leave of the court. Such an application is only considered when at the time of closing the case no human ingenuity could foresee the existence of the particular evidence the party is seeking to adduce”.

The Petitioner must therefore proved that, he was not unaware of the existence of the evidence he now seeks to tender or adduce at the time that the case was being closed. Unless the Petitioner can prove this to the court, “by necessary implication (Petitioner) relinquished his right under the subpoena, when in his own free will and accord decided to close the case”.

Conclusion
“There is always a real danger when vague ideas of justice undefined by statute or case law are propounded and brandished like a cure-all magic wand – without appreciating the actual position, namely, that the true legal notions of justice are circumscribed by the demands of the law and that in this court we administer justice according to three and only three yardsticks: statute, case law or our well-defined practice." BONSU v BONSU, Taylor J (as he then was):