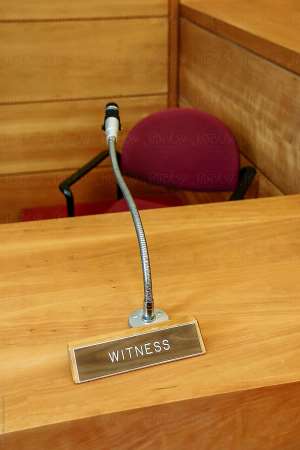 The first and second Respondents (Electoral Commission, EC and President Akufo-Addo respectively) indicated to close their respective cases after the Petitioner had closed its case on the 8th February 2021. In other words the Respondents indicated not to call any witnesses.

Sitting was adjourned to Tuesday, 9th February 2021 to afford the parties in the case an opportunity to make legal arguments for the Court to deliver a reasoned ruling on the decision of the Respondents.

Case of the Respondents

Lawyers for the Respondents relied on Order 38, Rule 3E, Sub Rule 5 of Constitutional Instrument, C. I. 87 as amended and Order 36, Rule 4 (3) of Constitutional Instrument, C. I 47. It was argued that the Justices of the supreme court will not require any further evidence from them to determine the petition. Furthermore, they indicated that they do so at their own risk and that, they will fall on their sword, should the Court determine the case in favour of the Petitioner.

The Lawyer for the first Respondent emphatically concluded by saying, “So my Lords, it is our submission that the petitioner has brought us to court, he has led evidence (and) he has closed his case. We do not think that there is anything more for us to say. It is our election; it is a risk we have taken. If indeed the petitioner has a good case, my Lord, I believe that he should be dancing and be happy.”

Lawyer for the Petitioner, Tsatsu Tsikata, contended that since the Respondents have already filed witness statements, per the provisions of Order 36, Rule 4 (3) of Constitutional Instrument, C. I 47, it has already elected to adduce evidence. The Court should therefore compel the witnesses of the first Respondent, and second Respondent, Peter Mac Manu, to be cross-examined by the Petitioner. He further argued that the attempt by the Respondents to close their case without calling their witnesses is an affront to Justice and public interest.

Lawyer for the Petitioner also argued that, the issue 2 for trial “Whether or not based on data contained in the declaration of 1st Respondent, for the 2nd Respondent as President-elect no candidate obtained more than 50% of the valid votes cast as required by Article 63(3) of the 1992 Constitution” places a grave constitutional responsibility and duty on the first Respondent to account to the people

And the court cannot compel the defendant or Respondent in this case to mount the witness box to give oral evidence.

To compel the defendant/respondent on the grounds of public interest as argued by the Lawyer of the Petitioner, it is an uncharted path which the Justices of the supreme court would have to for the first time confront themselves with on whether to sacrifice the long held practices of civil law cases on the alter of a not so clear public interest argument.