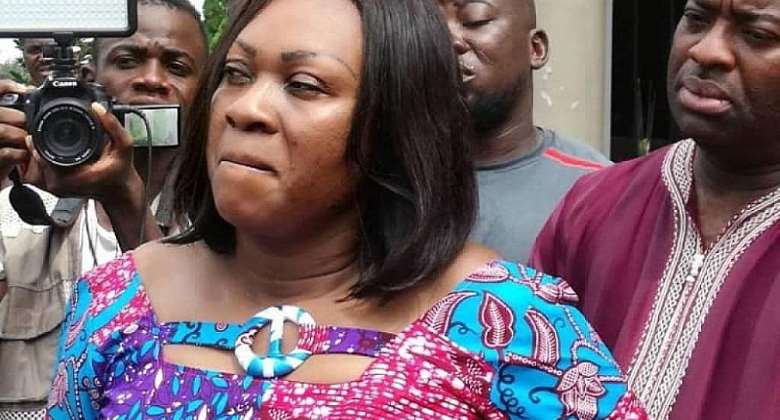 It is important to make this point clearer without any apology to anyone. The recent hypocritical noise that met the parliamentary vetting of Hawa Koomson must be put in the right perspective.

The general concern is that, our Ministers so appointed must be persons with quality cognitive and analytical abilities. This demand from a section of the public is essential and justifiable as Ministerial positions are inherently demanding, and tilts more towards analytic and cognitive in conducting public service businesses at such a high level of public or political service. This concern is just and fair and I associate myself with it.

The critical question is, how come when Hawa Koomson and her ilk were elected and kept being elected to Parliamentary office, there was no such public uproar by sections of the public? Or is the public of the belief that parliamentary work is for riff-raffs whiles Ministerial office is reserved for the elite and classy persons only?

Below are the functions of Ghana parliament and parliamentarians. A critical examination of these functions should either expose the ignorance or the hypocrisy of those who are making the noise. The point is that, some of these people have campaigned for the ilk of Hawa Koomson to represent us in parliament.

Parliamentary work is 100% cognitive and analytic. It is where laws that govern our very existence are made, the institution that is mandated to control the financial purse of the country, serve as an oversight of the executive, and to debate an array of policy issues some of which result in the passage of resolutions.

If the public thinks that Hawa Koomson and her ilk can perform these Parliamentary functions for which they were elected to the office of parliament, what makes the same public assume that such persons cannot petform Ministerial duties? Hypocrisy, ignorance, or myopic partisan consideration?

If Ghana wants quality ministers they must vote for quality parliamentarians. The power to choose is firmly in the hands of the very citizens that are making the noise. Not the President. The 1992 constitution of Ghana binds the president to appoint over 50% of ministers from Parliament and also to consider regional and gender balance. This won't change unless the 1992 Constitution is amended or the public begins to vote for quality to enter parliament.

Hawa Koomson and her ilk are true reflections of what and who we are. And the fact is, we are embarrassed to see ourselves in such a public spectacle hence the uproar.

After vetting and approval of Ministers designates, a critical analysis may be undertaken.

The functions of Ghana Parliament as set below.

Law-making is considered to be the most important function of Parliament. Under article 93(2) of the Constitution the legislative power of Ghana is vested in Parliament and is exercised in accordance with the Constitution. No person or body other than Parliament has the power to pass any measure with the force of law except by or under the authority conferred by an Act of Parliament. The legislative function consists of passing Bills and scrutinizing statutory instruments and deciding whether to annul them or allow them to take effect by the effluxion of time.

FINANCIAL CONTROL (POWER OF THE PURSE)

Chapter Thirteen of the 1992 Constitution variously, vests the control of all public funds (power of the public purse) in Parliament. In specific terms this means:

No tax can be imposed without the authority of Parliament (art. 174)

Apart from moneys charged directly on the Consolidated Fund by the Constitution, no moneys can be withdrawn from the Fund without the authority of Parliament (art. 178)

Parliament has the power and duty to monitor the expenditure of public funds to ensure that the monies it has authorised are used for the purposes for which they are intended by taking appropriate action on the Auditor-General’s Reports.

In addition to these, Parliament’s financial powers cover:

Authorising the granting or receiving of loans (cf. article 181)

Authorising the waiver/exemption or variation of taxes (article 174)

Appointing an auditor to audit and report on the accounts of the Auditor-General’s office (article 187[15]).

In effect, the Executive is free to propose various expenditure levels and how revenue should be raised to meet them. Parliament is, however, empowered to control the expenditure of public funds.

OVERSIGHT OF THE EXECUTIVE BRANCH

As the embodiment of the sovereign will of the people of Ghana, Parliament exercises oversight of the Executive. Parliament keeps a watch over the performance of the Executive, which controls the public services, to ensure that the implementation of public policy conforms to the approved developmental agenda of the state and expenditure incurred is in accordance with parliamentary authorisations.

Parliament exercises this function by way of scrutiny of policy measures and executive conduct through its Committees, Questions to Ministers, Motions, and Censorship of Ministers among others.

Parliament also exercises this power through the approval or otherwise of Presidential nominees for appointment as Ministers, Deputy Ministers, Chief Justice and other Justices of the Supreme Court, Members of the Council of State and other public offices specified by law.

Parliament is the supreme forum for the ventilation of grievances aimed at seeking redress. The MP is the communication link between his constituents and Government. Through parliamentary mechanisms/tools such as Question Time, Statements, Motions, debate on policy/bills, among others, an MP has the opportunity to draw attention to developments in his constituency and explore avenues for socio-economic development of the constituency.

In the execution of its functions, the House undertakes deliberations through debate on matters before it. More specifically, however, the deliberative function of Parliament enables it to debate an array of policy issues some of which result in the passage of resolutions. Deliberations may throw light on underlying tensions in society and help to foster consensus, compromise and reconciliation. The deliberative function is exercised mainly through the mechanism of Statements, Motions, Questions, and Ceremonial Speeches etc.