Untie The Hands Of The IGP 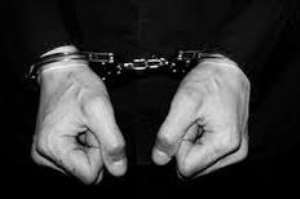 Security is the single most important cornerstone that sustains every other pillar of a nation including education, health, agriculture, finance, etc. Therefore, the breakdown of security will lead in its wake the desecration of all other sectors of the economy. A typical example is the recent “End SARS” campaign which led to the looting of banks ATM, malls and general breakdown of security and order in many parts of Nigeria. It is therefore important that the security of a nation is treated as the topmost priority in the scheme of affairs which hitherto uphold the integrity and sanctity of all the other sectors of the nation.

To put it bluntly, the IGP is under shackle and virtually controlled by the President. Why do I say so, in fact only a hypocrite will doubt this assertion because I am just one of the many people who have mooted to have a body appoint the IGP instead of the President of the Republic.

Recently, I had an opportunity to sit with a police commander and he heavily lamented of their inability to clamp down on lawlessness because, the president or even a political party executive can easily have you removed from office or transferred when he feels you are hindering his nefarious activities. Today, many police officers have to kowtow to the whims and caprices of politically clothed criminals because of fear of dismissal or unholy transfer. For we have seen and heard how criminals have been left off the hook by the “order from above” mantra.

We hypocritically cry corruption on the roof top however, we refuse to change the system of governance that is supportive of corruption and criminal acts.

We are all witnesses to the plight of the Auditor General (AG) who have been unilaterally removed by the President and the lamentations of Special Prosecutor (SP) because of their resolute posture against acts of corruption. The appointment and removal of these independent offices should and must not be left in the hands of one person if we are sincere in the fight against corruption. It is a recipe for disaster and we are all witnesses to it at this dispensation of our republic.

Just like other jurisdictions, I propose a thirteen (13) member body or committee comprising representatives of the; Presidency, Parliament, Judiciary, Civil Society, Disabled, Traders Association, NUGS, Academia, Christian and Islam Councils, Traditional Authority, Military and of course the Police Service to form the appointment body for the IGP and by extension all other supposedly independent offices. This should be done after the Police Service Council have shortlisted three (3) candidates for the post.

The above appointment mechanism will undoubtedly insulate the IGP from political control and subsequently operate without fear or favour to ensure that all citizens indeed stand equal before the law. See, until we untie the hands of the IGP and like-offices, politicians will continue to remote-control the IGP and run the country at their whims and caprices without recourse to law and order.