Ghana’s Elites, The Bane To Our Socio-Economic Development

How the Rich Defraud the Poor through Taxation
By Bishop Nathaniel N. O. Rudolph 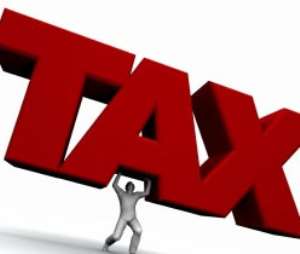 Ghana recorded a total tax revenue of ¢43.9 billion in 2019. However, corruption accounts for in excess of ¢13.5 billion according to CHRAJ whiles Ghana Integrity Initiative the local partner of Transparency International put the corruption loss in taxes at 3 billion US dollars annually. This translates to 30.7 percent of our total revenue being lost to corruption.

The irony is that this colossal magnitude of fraud is perpetrated by the elites or persons in good standing in the higher order of the social ladder. These are people who have had the privilege of good education with the expectation that they will use their rich education to better society, however, they rather use their knowledge to defraud the poor (truck pushers, farmers, ‘kayayei’s’, traders, cleaners, etc.) who rather pay taxes religiously.

The above observation and conclusion are confirmed by the Auditor General Reports (AGR) being churned out annually. For example, the opening statement of the AGR on the Public Accounts of Ghana, Ministries, Departments and other Agencies (MDAs) for the year ending 31 December 2018 states that the Ghana Revenue Authority (GRA) failed to collect tax revenue and also apply measures and sanctions against defaulters.

The report further disclosed that tax irregularities formed 92.2 percent of the total financial infraction reported in the Auditor-General’s report. The report included that the GRA did not collect in excess of ¢33 million due from ten oil marketing companies who failed to pay taxes on petroleum products lifted at the Tema Oil Refinery (TOR) between November 2016 and November 2017.

The AG also reported that cash irregularities cut across the MDAs and attributed unapproved disbursement, unauthorized use of Internally Generated Funds (IGF) and payment of public funds into personal bank accounts all totaling ¢389 million are some of the infractions to this irregularity.

Why did the GRA refused to collect taxes from large entities, and yet failed to sanction them as the law stipulates? Have some officials of GRA connived with such importers to defraud the state? Anyway, it’s obvious. Meanwhile, this same GRA Officers in the Volta region caused the death of one Wisdom Darkeh a small drinking bar and provision shop owner who couldn’t pay his tax of ¢25.00. In his attempt to prevent the Ho West assembly staff from closing his shop, there was a melee and the driver run him over with their vehicle. Wisdom died on the spot because of just ¢25.00 meanwhile the rich operators of large companies and public servants are walking free after defrauding the state to the staggering tune of 13 billion cedis annually.

The institutionalized crime being perpetuated at the various state agencies is very nauseating. For example, our ports especially the Tema port is a classic example. Persons close to the Seat of Power and the presidency use their relationship and proximity to power to clear their containers without paying a pesewa to the state. Such containers are tagged “PROTOCOL” with a green marker. Question is, what has the presidency got to do with baby items? Yet such containers arrived at the Tema port marked protocol and cleared free of charge. Authorities at the ports had to allow this fraud to pass for fear of losing their job.

I believe until we sincerely tackle corruption from the top, the quest to sensitize the citizenry to honor their tax obligations will be likened to fetching water with a basket. The more those at the lower base of the ladder pay their tax, a few at the top siphon it resulting in a vicious cycle. One plausible approach is to constitutionally reduce the powers of the President by stripping the right to appoint heads of accountability institutions like the CHRAJ, EOCO, Police, etc.

Dear reader, the level of crime being perpetrated against the state has reached a pandemic. The soul of Ghana is being ripped apart by few dragons masquerading as public servants and businessmen. As a man and woman of conscience, stand up, brighten your corner, and speak against the crime in society because it has become a curse. It must be noted that any infraction against the poor, widow and fatherless is a crime against God.

COVID-19: Our responsibility to one another is to get vaccin...
11 minutes ago

Bawku disturbance: Cooperate with government to ensure peace...
19 minutes ago