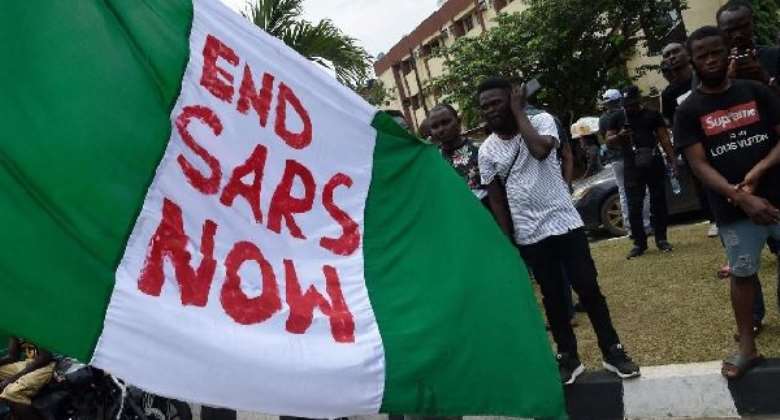 On Saturday, October 11, 2020, one of my senior-friend called me and asked: “Victor why are you guys still protesting, I thought it was about the police brutality, and that has been dissolved?” This is a man that has been following us to tweet and retweet about the #EndSARS and #EndPoliceBrutality on Twitter. That made me realized that many people still don’t understand why we storm the street of Nigeria to protest.

From the very first day the protests started, we the Nigerian’s youth knew it is beyond just #EndSARS or #EndPoliceBrutality, while that was the catalyst to the whole protests, #EndBadGovernance was/is our focus.

Let me state it categorically clear just in case some of you still don’t get it, the #EndSARS protests that have hit Nigeria in the past couple of days are not so much about the police brutality or ending the criminal squad called SARs, but it is a euphemism for “end bad governance and calling out the failure of those so-called leaders who have been in power to destroy our commonwealth and future. It is a pure metaphor for youth unemployment, corruption, dysfunctional and nepotistic system and all the other ills that have been happening in our country.

If you are still not clear about why we took to the street to protests, let me help you with some clarity.

Some key take away from the data from NBS is that Nigeria’s youth remain the hardest hit by unemployment with over 13.9 million people aged between 15 and 34 years unemployed. Women also continue to bear the brunch of bad economy with about 12.2 million out of jobs from the 27 million currently unemployed. Graduates and postgraduates combined made up about 2.9 million of the total Nigerians that are unemployed. Is that not enough reason to storm the street of Nigeria and call out the government? Is that not enough reason to #EndSARS?

What about the education sector in Nigeria? Our educational system has been in assorted crises of infrastructural decay, neglect, waste of resources and sordid conditions of service. The country has over 10 million out-of-school children. That’s the highest in the world. Another 27 million children in school are performing very poorly. Millions of Nigerians are half-educated, and over 60 million – or 30% – are illiterate. Is that not enough reason to EndSARs (Bad governance)?

Also, the Academic Staff Union of Universities (ASUU) and the government has taken it upon themself to frustrate the youth with industrial strike actions any time they feel like without considering the future of those affected. It is difficult to spend the exact years in the university without spending extra because of Strike.

How about our health care system? Health care in Nigeria suffered several down-falls and still suffering. Despite the Nigerian's strategic position in Africa and is referred to as the “giant of Africa”, the country is greatly underserved in the health care sphere. Health facilities (health centres, personnel, and medical equipment) are inadequate, especially in rural areas. We kept seeing our medical professionals leaving Nigeria because of how the system has frustrated their dreams. Let’s not even talk about the Doctor-patient ratio in Nigeria.

Almost every time on social media, we are either crowdfunding a cancer patient who has no money to pay for his or her bills or a man who is in desperate need of surgery but cannot be treated in Nigeria because of the inadequate equipment or facilities. We crowdfund education for our fellow young Nigerians we seek for a better education abound since our education here in Nigeria is nothing to write home about. We crowdfund and give grants to young people to get trained in various skills that can make them better. We pay for courses online because our curriculum cannot compete with best practices around the world.

With all this energy and the youth taking the responsibility of government - we have to still fight for our life as the government through the Nigerian police have been brutalizing us and killing us and our crime is just because we want a better life.

They are surprised about how we gained so much education when they didn’t provide us with such. They are also surprised how come we can buy expensive phones, clothes, and look good when all they have done is to cut our wings and make sure we cannot fly. They are surprised we look far better than the system they built for us and they call us YAHOO BOYS (internet fraudster). They called us internet fraudster because to them, nobody placed in a system like Nigeria can make it without being a fraudster.

It is not over yet. The government will hear from us in the coming days and years because my generation will never go back to sleep.

We are the SORO SOKE generation.