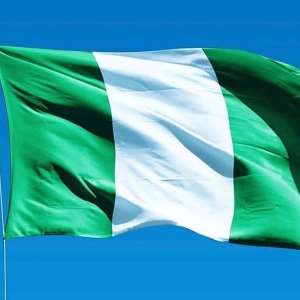 I made a quote on my Facebook timeline sometime ago that says that... "This generation doesn't have brave people. Just a bunch of money lovers and sex addicts." One may wonder why I made such a quote or what inspired the quotation.

But the answer is very simple; I think that this generation is not angry enough about the oppression and exploitation we suffer in our various countries or what our leaders put us through in the name of serving us. Maybe I have read too many revolutionary books or stories and want things done very quickly to salvage the hunger and thirst of the suffering masses. Or maybe I am just a troublemaker or let's say I truly want to see a huge change, not something little or something just to represent something.

Or, because I have read about famous men like Che Guevara, Steve Biko, Frantz Fanon, Thomas Sankara, Patrice Lumumba, Dr Kwame Nkrumah, Malcolm X, Martin Luther King Jr, Tupac, Mahatma Gandhi, Wole Soyinka, Fred Hampton and many others who were daring enough to fight the status quo to get the freedom they asked for.

Why do I keep thinking that our generation lacks brave people? I do not think that it's because I merely know or read about these famous revolutionary activists, but, because I live in an oppressive and indoctrinating environment where we have not broken off the shackles of mental slavery and many of us are still ensnared mentally because of tribal bigotry, identity crises, religious blindness, partisan politics and many of such nonsense.

A big country like Nigeria with plentiful resources is still a laughing stock in the world today because they are still underdeveloped and poverty has a telling on the ordinary citizens who are the most of the over 200 million population. Most African governments in general are depressing: incompetence, corruption, tribalism, nepotism, totalitarianism, war and violence engulf the whole system that nothing really works, therefore making the people lose their patriotism, political culture and others even move into the realm of political apathy.

The vote they say is the most powerful nonviolent agent we have in a democratic society, which we can use to bring into power a competent and caring leader, we have it, yet nothing changes, perhaps we are clouded by tribalism and sectionalism so much that we overlook competence and great qualities of a leader and vote people we think we like merely because they come from our hometowns or home regions.

If not, why would President Buhari win a second term when he barely performed during his first term in office, due to his ill-health. He was in and out of the hospital in London, so it was a public knowledge that the man was sick, why vote him again for the second time? You have now totally lost confidence and hope in him. The insecurity is getting worse than it was in his first term in office.

Youths of this generation are not bold enough to make public statements to end injustice or oppression in their environment. They are afraid of losing their jobs, getting killed or becoming unpopular, so they leave the problems of their society in the hands of a few people called leaders who plunder the resources of the country, while we (youth) suffer and complain. That's why I look up to people like Julius Malema of South Africa and Bobi Wine of Uganda. I think they are almost the only youth on the continent showing bravery and willingness to sacrifice their lives for the betterment of Africa.

Now that the Nigerian youths are also beginning to rise up to fight for their rightful place in the country, the police and military who I believe majority are youths are harassing and killing the innocent citizens simply because they protest peacefully to demand for their fundamental human rights. The police take orders from the old ruling class to kill and destroy their fellow youth because they are mentally ensnared. I commend the youth of Nigeria this time for their bravery to put an end to police brutality or the barbaric police system in Nigeria. The entire security system has to be overhauled and restructured to meet the standard of world policing.

President Buhari hardly comes out to speak to the people even when they are in crises and expect to hear from him. Why? And what kind of leadership is that? If the people ask him to resign because of his inefficiencies and ineffectiveness, are they wrong to ask for that when he alienates himself from them for far too long which has generated rumours of him being cloned? Okay, Sars we hear has been disbanded, but the people are still been harassed, bullied and killed, hence their demand for an executive order from the President to officially disband Sars and make extensive police reforms in the country.

I do not want to believe the sayiny that Presidents are only a face of a country or an establishment. The actual rulers of the country are behind the scenes. Even if it is true, the people working behind the scenes, are they happy about the harassment and killings or the ongoing police brutality? Are they not bothered about humanity, do they not have conscience? I think that the protest should continue until the leaders do the needful. What is sad is that only the innocent and ordinary people get killed and not the ruling class. These brutalities cannot be forgotten. There are things that can be forgotten, not a machete cut on the palm of the hand. I do not think that posterity will forgive these crop of leaders we are experiencing now.

After all these crude happenings with all their indifference, they will soon ask the ordinary people to vote them again for more oligarchy, more authoritarianism, more exploitation, more police brutality and more family and friends government. It's pathetic we always have to choose between two devils. However, I am glad the Nigerian youth has boldly come out to take their rightful place in the country. This protest will definitely cause some positive changes. Let us all support them to win this battle against insecurity, impunity and authoritarianism. #EndSarsNow!!!