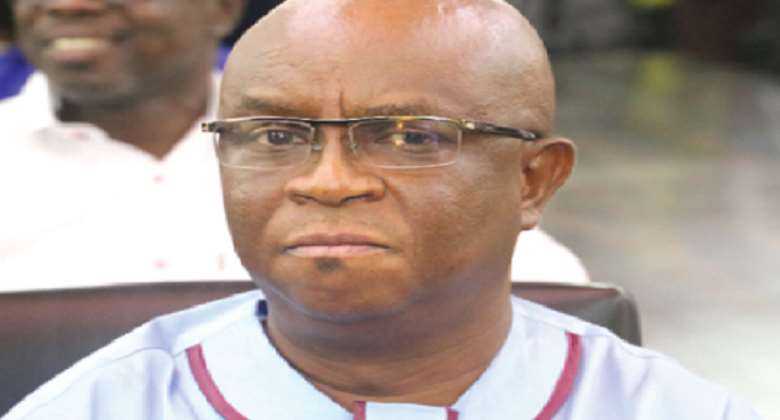 The Volta Regional Minister, Dr Archibald Yao Letsa has debunked reports alleging that he is part of the secessionists’ group, and had even provided funding to support some of their previous meetings.

Dr. Letsa who was speaking at a government press briefing on the matter said he has no contact with these group and has had to battle them since 2017.

He also warned persons accusing him of being behind the group to desist from the act or face legal actions.

"I have worked and lived in the Volta Region for almost 31 years and lots of people know me. I have had to deal with this secessionist group since 2017 so how come they claim they know me or I am their financial. I am ready to take action against anyone who comes out openly to accuse me of that. Those people who came on TV and mentioned my name I will like to know them so they meet me in court because I have built a reputation and won't allow it to be ruined by criminals.

He also commended the security agencies for swiftly quelling the activities of the group when they blocked roads and attacked police stations in some part of the Region.

He said, but for the vigilance and swift intervention by the security agencies, the secessionists’ activities would have been more devastating as some of their planned activities became fruitless due to the quick response from the security.

The Minister has said the activity of the group is a serious threat to the development of the Region and the country as a whole, therefore a collective effort was required to nip it in the bud, saying “when we are dealing with security issues, we must unite.”

In its most recent act of violence, Members of the Homeland Study Foundation on Tuesday, September 29, 2020, attacked the State Transport Corporation (STC) in the Volta Regional capital, Ho, and set ablaze one of its buses.

More from Social News
ModernGhana Links
'King Kaku Aka is an impostor, we don't have Overlord' - Nzema Chiefs
ROSACH encourage Ghanaians living abroad to reunite with their roots
Workers should be paid per hour not per day or monthly - Peace Ambassador to Gov't
TOP STORIES