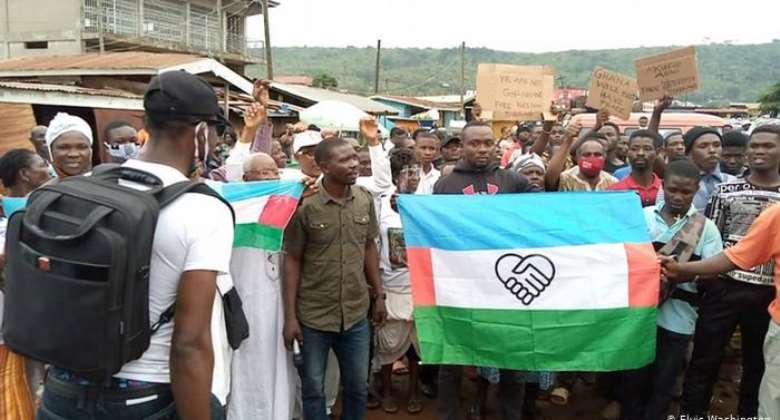 The issue of a small group of people trying to break up parts of a country are like people who are not content with what they have. For more than 10 years, the Volta separatist group known as Homeland Study Group Foundation has been campaigning in Volta Region and part of northern Ghana to break away to form a new country which is called Western Togoland. Western Togoland which was then Trans Volta Togoland Territory, did not fall within the former Gold Coast borders which is now the modern-day Ghana until in 1956, the people of Trans Volta Togoland voted to unite with the newly independent Ghana. The Homeland Study Group Foundation claims the Western Togoland did not follow the law which was used to establish the then Gold Coast by Queen Elizabeth. For that matter, the group wants the Western Togoland which is currently Volta Region to become an independent state separate from Ghana and per their demands, Volta Region, parts of Northern Region, North East and Upper East Regions should become part of Western Togoland state.

The Western Togoland successionists are asking for separation from Ghana because they claim, they are economically and socially underdeveloped. So at dawn on Friday, 25th September, 2020, the secessionists carried out rebellious actions at various locations in the Volta Region such as blocking some major roads entering the region, attacking the police station at Mepe, freeing inmates as well as seizing weapons of the police, shooting and injuring the Divisional Police Commander, the seizure of Police pick-up vehicles amid firing of gun shots. So far, 60 suspected criminals have been arrested, 54 have been remanded in addition to the 31 arrests made, where the suspects have been slapped with five charges by state prosecutors at an Accra Circuit Court.

Will the state pursue the issue and not repeat what it did with its previous arrest leading to the release of the people who were alleged to have engaged in activities to champion the cause of the separatist group?

Ghana’s President, H.E. Nana Akufo-Addo and his calmness over the insurgency instigated which should be of great worry to the stability of the country has caused many to ask whether or not His Excellency the President is lackadaisical about solving the Western Togoland secession campaign being spearheaded by some groups.

There is a saying, a little precaution before a crisis hits, is better than lot of firefighting afterwards. STRANEK-Africa is of the view that the Minister for National Security together with his apparatus, the Minister of Interior and the Minister for Defence should be ordered by His Excellency the President to take centre stage and show more commitment than ever since there is nothing more serious than trying to fragment parts of a country. In fact, it should be of topmost priority so that the separatist agenda never ever happens again no matter the change of regime.

Indeed, we are all involved in building our nation.