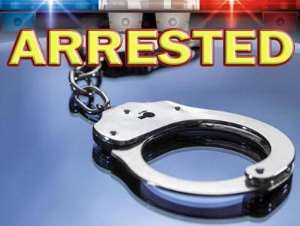 The Police have picked up five more members of the separatist group who allegedly invaded two police stations in the Volta Region.

Accused who have no legal representation, have been charged with three counts of conspiracy, stealing, participation in campaign of a prohibited Organization namely Western Togoland and causing unlawful damage.

Their charges were read out and explained to them.

The court presided over by Rosemary Baah Torsu however preserved their pleas and remanded them to police custody to reappear on October 13.

ASP Asare said on September 25, this year, accused together with others numbering over 20, armed themselves with offensive weapons such as cutlasses and guns and besieged the Aveyime and Mepe Police stations respectively.

According to the prosecutor, the accused persons attacked the charge offices of these stations, overpowered few personal on duty and thus vandalised property such police vehicles, computers, office furniture worth GHS 50,000.00

Prosecution said they further broke into armoury of the Police Stations and made away with 10 AK47 rifles.

The accused fled from the scene on board police vehicle amidst firing to ward off the community.

According to prosecution, on September 29 and 30, this year, the accused persons were arrested based on Police intelligence at Volo, Apepe and Battor in the Volta Region.