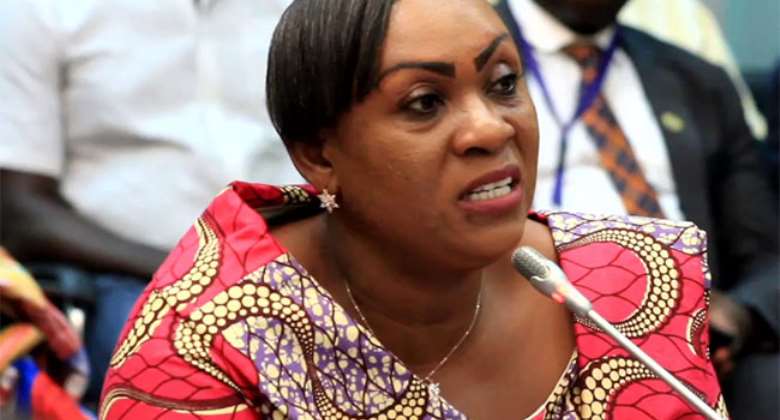 When Ashanti men saw in their own sight, and in the sight of the whites that stood before them and themselves as grasshoppers, there arose Yaa Asantewaa, the Queenmother of Ejisu against these 'sons of Anak'. Her courage, we are told by Social Studies and Historians was masculine and was seen as a quintessential of the adage " what men can do, women can do better".

The thundering waves of women empowerment had swept over the country after the nomination of a woman onto the ticket of the National Democratic Congress as a running mate. As the effect of the waves subsides, a sheep out of the flock have given us many reasons for not thrusting women with leadership positions in our part of the world.

Mrs. Hawa Koomson, Minister for Special Development Initiatives, whom I've come to like for her role in the provision of Ambulances to each constituency- solving one of the many challenges in the health sector, stained her garment by playing the role of a desperado at a voter registration center turned a battlefield where sounds of gunshots reverberated like that of a Rambo styled movie. People at the scene had their ears pierced with screams and shrieks of the frightened and running as many grovelled into their various hiding places.

We thought this was many of the acts she has in store as she shadow box ahead of the December elections only for her to show her act of cowardice by saying she pulled the trigger as an act of defence. I'm a novice in terms of the law guiding the use of Arms and Ammunitions in the country, but based on the canons of moral uprightness, Mrs Hawa Koomson should know she tempered with the safety of unarmed men at the scene in her act of self defence. Why she wasn't accompanied by any security person as a minister is beyond imagination.

In responding to the allegations that the NDC is busing people to register, I expected the Hon Minister to hone her motherly instinct and inform the police as it is procedurally required. Her act is a clear indication of her mistrust in our security agencies, how much more we?

Madam Mavis Hawa Koomson, I'm sorry to say the chapter you've opened about women in politics is not the one we've debated over in the past weeks.

Nigel Giasie strikes with another AFCON revelation
44 minutes ago