By Mustapha A Inusah 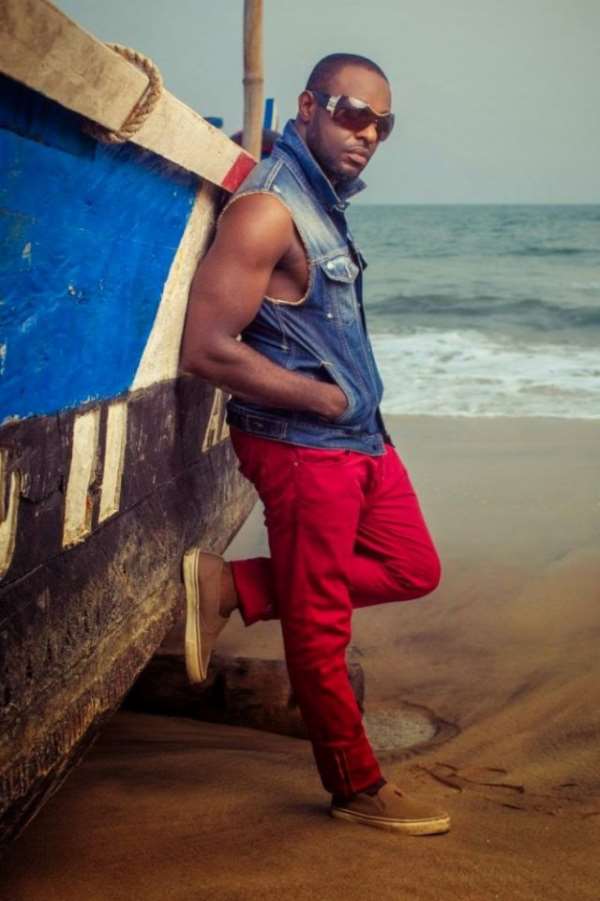 few months ago, Nigerian actor, Jim Iyke did not hesitate in blushing over and speaking on his friendship /relationship with Ghanaian actress , Nadia Buari, but now the celebrated actor bars media men from asking him questions with regards to Nadia Buari.

In a chat with Nollywoodgists.com , the actor was not willing to speak on anything about his relationship but rather , gushed more about his business ventures and others.

He said that , he is more focused on his business ventures than anything else.

On why he has chosen to be in Ghana more often, he said that he travels around a lot nowadays because of business and that, he's more of a business man now.

commenting on his seemingly Nollywood snub , he stated that he has not abandoned Nollywood, rather it's the other businesses that is hindering him from accepting more scripts in Nigeria.

Jim added that he felt after over 10 years of being in the movie industry , he wants to concentrate more on his businesses and establish properly before going back to school.

”'You can never stop acting , but rather , what we are doing now is getting ourselves to be specific holders of the global market so that we get to a point of sacrificing , investing in proper channel so that we can be able to fund the kind of projects we want' he stated.

He said that, Nollywood has lot of talents but the biggest challenge is how to fund their ideas which forces them to shoot mediocre movies because they don't have a choice. 'we can't Just keep doing hand to mouth and be doing mediocre projects , at some point, you need to sit back and see to it that proper things are done ,' he said.

He hinted that filmmakers in Nollywood think they are making enough money but to him , the money they are making is no money as compared to the quality of the brand 'Nollywood' and what people demand from the brand.

He believes the way he can help hold the brand is to empower himself first.

Asked if African filmmakers believes in his ideology, he said that West African film-makers know what they are doing but sometimes , one of the things that make them step back is getting the balls to move toward the positive directions and not to be afraid in entering into positive businesses.

”For me I am bold in taking decisions and doing my own businesses because I believe fears paralyze people. the Job we do open doors so we should be bold and use the opportunity wisely' he advised

Please Pay Me What You Owe Me, You Debtor--Duncan Mighty Tells Gov Amaechi

What We Always Go Through On Movie Locations—Upcoming Actress Reveals